Meet Dexter Robertson. Some may know him as the fire policeman, the graphic designer and visual communicator, the youth worker, disc jockey, church deacon, or just Dexter, the family man.

From his childhood, Robertson developed many dreams. And when he couldn’t achieve one, he chased the next best thing.

After a recent Wednesday night church service, Robertson overheard a parent raving about a home theater system she heard from her neighbor’s house, while she was walking her dog.

“She talked about how loud and crisp the sound was, so I asked her what neighborhood she lived in, and after she had told me, I told her that I had just finished installing that couple’s system,” said Robertson, with his heavy Guyanese accent. “She was so surprised at the sound that she knocked on their door. She told me she wanted one, so that turned out to be good advertising.”

As a teenager, Robertson was encouraged to pursue a degree in visual communications, where he
learned how to install home systems and stereos, among other programs.

Still in adolescence, Robertson grew a passion to DJ, spin records and scratch turntables for local
neighborhood talents in Central New York. He got so good at it, his services were requested in night clubs, so his mother had to sign a consent form for him to play.

Now, Robertson DJs for fatherdaughter dances, Sweet 16s and weddings. At 35, Robertson tried to reach his goal of becoming a police officer, but he was two days too old to attend the police academy.

“After getting turned down by the police department, I started thinking what else I could be,” Robertson said. “I wanted to be a civil servant in some way, so I remember turning around where I was standing, and I saw a fire station. That’s how I began my fire career.”

He has been involved in fire patrol since 2009, and has been a Palm Coast fire policemen since 2012.

“Dexter works very hard out there,” said Sam Simon, Robertson’s coworker. “I remember a time when he talked to a lady for the entire four hours we had to patrol an accident, and when we got ready to pack up, she came up and thanked us because he kept her calm and assured her everything was OK. He knows how to talk to people. One of our guys is currently out sick, and Dexter takes him food, prays over him and things like that. And that’s what I like that about him.”

Simon added, “Of all the things I know about Dexter, the one that sticks out is that he’s a family man. He’s always doing something with his babies, and he takes good care of them.”

Those same qualities Robertson exhibited with the lady in traffic and his coworkers, he offers to the
Children’s Home Society of Florida in DeLand, where he serves as a youth worker with abandoned,
abused and orphaned boys.

“They know that I’m there for them, but sometimes I’m there too much,” Robertson said about his schedule. “I’m still trying to balance time between work and my own family.”

While he is still searching for a proper balance, Robertson knows how valuable his work is at the home.

“The kids are our future, and if we don’t care for them, we’re basically sabotaging ourselves,” he said. “And, if we don’t teach these kids good life skills, they’re just going to end up learning in prison. We have to stop that cycle. With foster kids, you have to give them a reason to be happy because from the time they were born, they’ve had a reason to be sad.”

With everything he is involved with, Robertson doesn’t see his work as everyday jobs; he believes there is purpose to what he does, and that’s why he finds joy doing all of it.

“I see what I do as God’s work, so I believe that He’s helping me to manage and do it all,” Robertson
concluded. 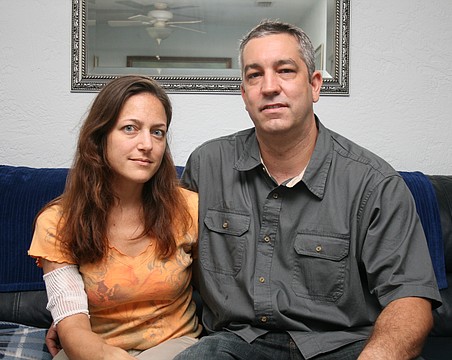 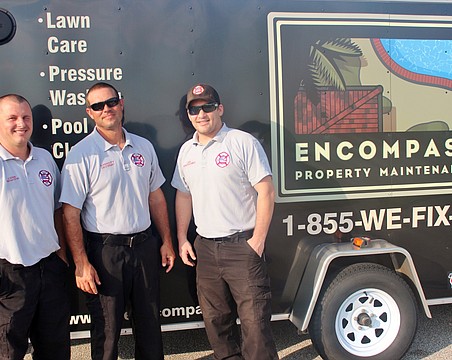 'Watchman,' chapter 4; plus: Is criticism of Harper Lee's craft fair in his novel? 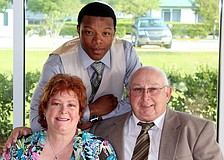 Dante Bell: The "weight" is over 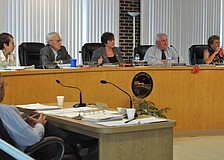 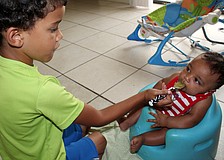 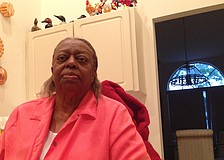 'No one can tell the story like I can'