Rumors of a new threat at Indian Trails Middle School alarmed parents on the last day before Thanksgiving break.

On Friday, Nov. 18, rumors circulated about a possible new shooting threat at Indian Trails Middle School. Days later, a parent of a student at the school told Flagler County School Board members that she was still fearful.

The Flagler County Sheriff's Office arrested an ITMS sixth-grader on Wednesday, Nov. 16, and charged her with sending Snapchat messages in which she threatened a mass shooting at the school, according to a FCSO press release.

By Nov. 18, the last day of school before Thanksgiving break, rumors began circulating that the student who had been arrested was back in school and there were new threats with other students involved.

At 8:30 a.m., the Sheriff's Office posted a statement on its Facebook page that the student who had made the threats was still in custody and that there were no new threats to the school or to students. The post also stated that there was an increased law enforcement presence at the school "due to a previous threat that was handled by FCSO earlier this week that has recirculated on social media." ITMS then delivered a robot call to parents.

During public comments at the School Board's Nov. 23 workshop, a parent said, "things are circulating, whether it's true or not, kids are scared, parents are scared." She said according to rumors there was a "hit list" that contained names of students and a staff member.

"It's a very dangerous thing when rumors or innuendo are repeated when they are not possibly based on facts."

Tom Wooleyhan, the district's safety specialist, immediately contacted the Sheriff's Office and was told that there was no evidence of such a list.

"It is critically important that we are provided with a detailed update," Board Vice Chair Colleen Conklin said in her closing comments. "It's a very dangerous thing when rumors or innuendo are repeated when they are not possibly based on facts, and I think it is critical, if it's any possibility, I for one would like to know if what we just heard is fact or fiction, because if there is not a hit list, if there are not children on a list somewhere ... it needs to be publicly stated so the rumor could be put to an end."

Wooleyhan said he was comfortable in saying that there is no hit list.

On Nov. 18, rumors began circulating early on social media. A parent posted on the Flagler School Parents group at 8:10 a.m. that her child had texted her about an announcement saying that if a fire alarm goes off students are to stay and hide in their classrooms. Another parent later commented that she didn't understand why the school took so long to communicate to parents.

"This is the third day that something is happening and only now we're getting a call," the commenter said.

Superintendent Cathy Mittelstadt said it was a difficult time but staff worked through it and did what they needed to do.

"Safety is first," Mittelstadt told the board. "Every principal will tell you when they walk on their school site, or every (district) director when they're with their department will tell you it's always an awareness of safety first before they can execute any operations of the day. As a board member, you will receive priorities on factual information we can share with you. Much of that cannot be shared beyond that detail. We appreciate you trusting us.

"I cannot control that false messaging out there. But I assure you as a superintendent, safety is a priority."

"It's unfortunate that there are social media platforms out there that hear one thing and say something else. By the time it got to the seventh person, the story's completely different than what was heard," Mittelstadt added. "I cannot control that false messaging out there. But I assure you as a superintendent, safety is a priority, and when there is an event on our campuses or within our departments, you will be notified immediately."

With three new board members taking their oaths of office earlier in the day, the agenda for the Nov. 23 workshop provided information on the the Matanzas High School expansion project, a citizens oversight committee and the district's progress on achieving the six goals of its strategic plan.

Architect Patrick Rauch said the district will advertise for bids for the $18 million Matanzas project in January with bids due in April. Following two workshops, final board approval is scheduled for June 20. Construction is scheduled to be completed by January, 2025.

Dave Freeman, the district's chief of operations, said a special board meeting, scheduled earlier than June 20 to vote on the project, could knock a month off the planning process.

"We think we are still within budget, but we have a lot of long lead items. If we can cut off a month and get those long lead items ordered, we'll be closer to finishing on time," Freeman said.

The project includes a new 20,000 square-foot addition connected to building 5 which will house a state-of-the-art media center, a new construction lab and classrooms; a new central energy plant and updated electrical transformer; and a new multipurpose metal building for PE classes and athletics next to the current field house. Building 4, where the media center is currently located, will be converted into a new, larger cafeteria.

With the expansion, the school will accommodate 366 more students.

The district is looking for parents, community members and business partners to join a citizens oversight committee that will focus on how the district is spending funds from the half-cent sales tax that voters recently approved for another 10 years. 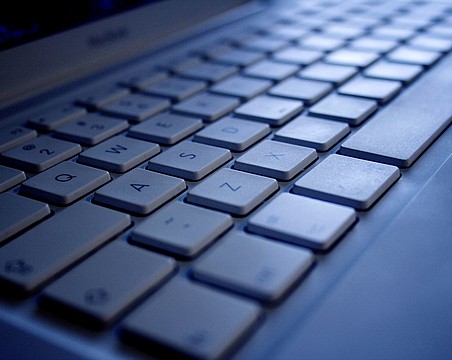 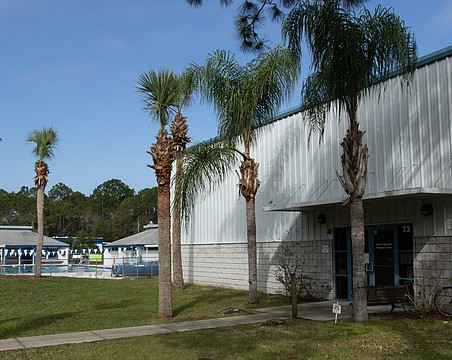 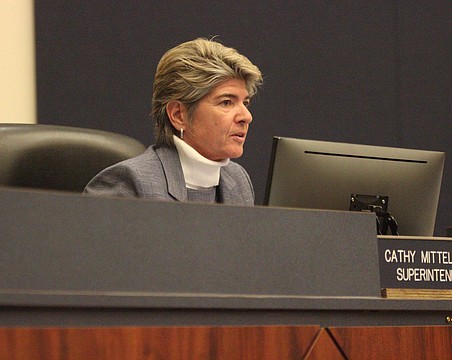 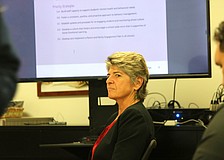 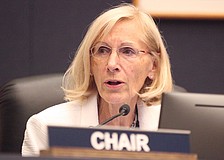 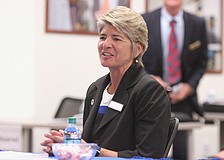 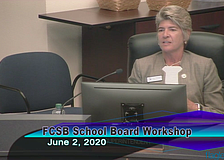 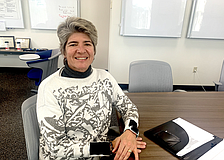