Flagler Schools libraries should aim higher, not lower, than Hollywood

The fact that teens are already surrounded by Rated-R material is a bad argument for supplying even more.

Pierre and I differ in at least one important way, however: While he has developed acrobatic agility with the F-word, as he demonstrated in his recent column about my views on "All Boys Aren't Blue," I avoid profanity whenever possible. Some might call me puritanical, but I do have some company:

The Associated Press standard is to avoid profanity; when it seems necessary in a quote, use hyphens, like this: f - - -. Professional basketball players know that if they say the F-word to a referee, they could get a technical foul. Singers on “Saturday Night Live” censor the F-word from their own songs. Radio stations don’t play the F-word; they can be fined if they do. If a respectable adult accidentally lets an F-word slip in front of a child at a social gathering, that adult will often apologize to the child’s parents. If a Hollywood movie contains more than one F-word, it’s Rated-R, and, therefore, anyone under age 17 can’t buy a ticket without a parent.

Pierre points out that teens hear the F-word at school from their peers all the time anyway. Yes, I know. It was like that at my high school, too, and, as my teenage sons remind me, that was back in the 1900s.

The fact that teens are surrounded by profanity, though, is a bad argument for supplying even more. And just because George M. Johnson’s “All Boys Aren’t Blue,” which “only” contains five F-words, contains visionary ideas, doesn’t mean it should be blindly added to a high school shelf.

A high school library should be a refuge. Teens should feel confident that the books in front of them have been carefully selected so that they will not be full of F-words and graphic sexual material. If that means some otherwise great works of literature are removed or are put on a restricted shelf, so be it.

Compared with Hollywood or “Saturday Night Live,” the high school library’s standards should be higher, not lower.

Setting the F-word aside, the graphic sexual material of “All Boys Aren’t Blue” also should disqualify it from high school libraries.

We don’t have a rating system for books like we do for movies, but if we did, Johnson’s sexual descriptions would certainly make “All Boys Aren’t Blue” Rated-R. Pierre says my comparing of books with Rated-R movies is “sloppy” logic because a movie is the director’s vision, independent of the book author’s. But if a page is dedicated to describing a sex scene in detail, the author certainly intends for the reader to visualize it — to experience it. Pierre would agree with me that reading is often a more profoundly personal experience than watching, which means that books should be even more carefully scrutinized than movies.

The only way Gabrielle Union will be able to make a TV-14 version of Johnson’s book is to skip the graphic descriptions. That is what we should also expect the library to do.

I will not weep if fewer F-words and graphic sexual material are available on high school book shelves. I will weep, though, for students who simply can't talk to their parents about sexuality and might feel that their only comfort is in books like “All Boys Aren’t Blue.” Those students need more love, more support, more understanding. How will they get it?

Books are a good place to start. But who are the writers of the future? Will they be likely to write important books that are appropriate for high school students? Not if they’re constantly told now by adults that F-words and graphic sexual material are perfectly fine, even in a high school library. 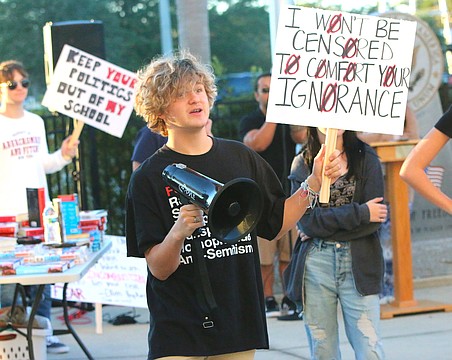 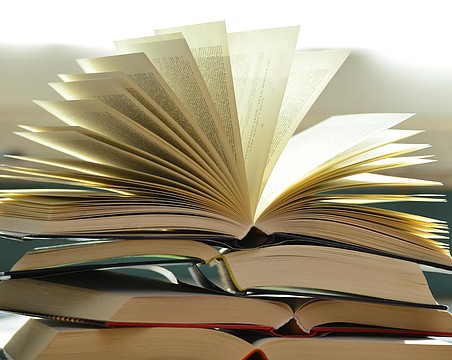 6 letters on 'equity' and restricted books in Flagler Schools 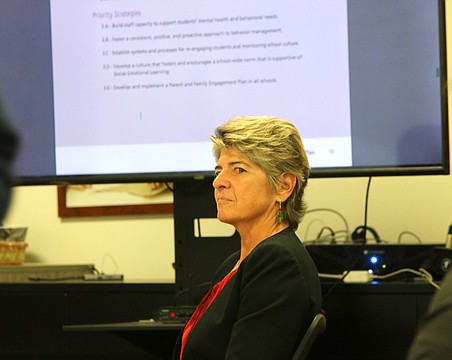 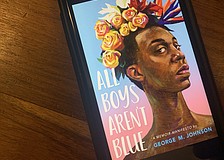 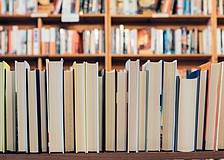 It was not a crime, Flagler sheriff says, to add 'All Boys Aren't Blue' to school media centers 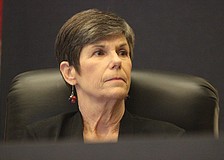 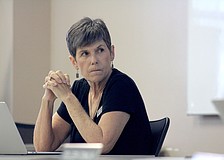 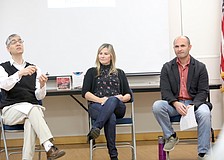