Who's the Fastest Lawman in Flagler and Volusia counties?

Flagler County Sheriff Rick Staly shoots at the 17 and 3/4-inch metal target, which is about 15 feet away. Photo by Paige Wilson

Flagler County Sheriff Rick Staly shoots at the 17 and 3/4-inch metal target, which is about 15 feet away. Photo by Paige Wilson

Volusia County Sheriff Mike Chitwood shoots at the 17 and 3/7 inch metal target, which is about 15 feet away. Photo by Paige Wilson

Volusia County Sheriff Mike Chitwood shoots at the 17 and 3/7 inch metal target, which is about 15 feet away. Photo by Paige Wilson

Last year, Staly won the shootout and donated his profits to the Florida Sheriff's Youth Ranches. Before the event Sunday afternoon, Staly said this year's competitors were a tougher bunch. He said he practiced for two hours total over the last few weeks to prepare for the shootout.

"I congratulate Cpl. Young as the fastest lawman, but I do want to point out that I lost by 84,000th of a second," Staly said in an email. "I'm still the fastest sheriff in three counties."

In addition, $550 was raised Sunday for the Florida Sheriff's Youth Ranches, said FCSO Public Information Officer Brittany Kershaw. That amount will be added to what FCSO employees donate through payroll deductions, the total of which will be released at the end of June.

This was Volusia County Sheriff Mike Chitwood's first year participating in the fast draw. He said he didn't walk in with high hopes of winning, but he was going to give it his all.

"As you can tell by my attire, I am a city kid all the way through," Chitwood said while wearing cargo shorts, a VCSO polo, baseball-style cap and sneakers. "It's great for charity, so I'm all in."

Chitwood's attire stood out in the line of the three other lawmen, as Staly, Young and Putnam County Sheriff Gator DeLoach all sported cowboy boots, hats and long pants.

If you’d like to make a donation to Staly's charity of choice, visit bit.ly/2IYwVjm. Select campaign: “Where most needed” and under additional comments, add “Flagler Sheriff Fastest Gun Competition.” Checks can be made payable to the Florida Sheriffs Youth Ranches and dropped off or mailed to the Sheriff’s Operations Center at 901 E. Moody Blvd., Bunnell. Chitwood said his charity of choice for donations is the Boys and Girls Clubs of Volusia and Flagler counties. 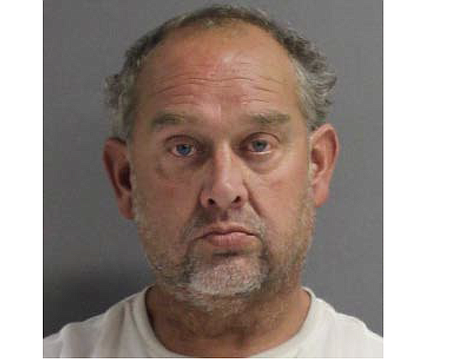 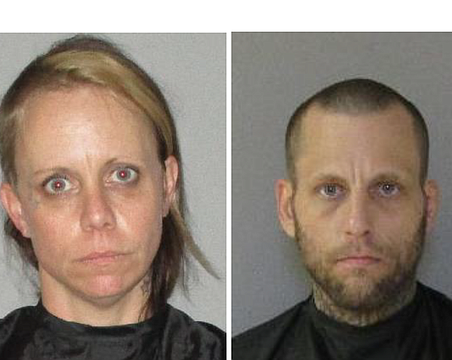 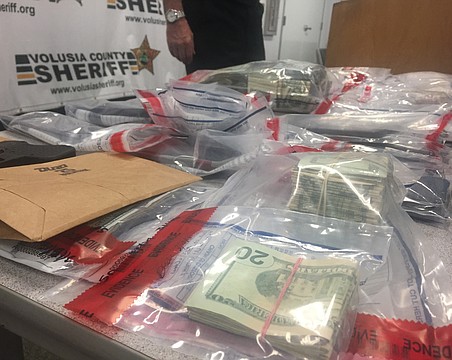 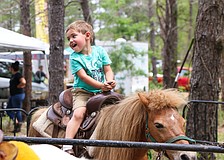 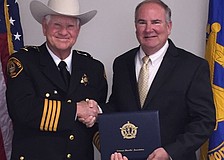 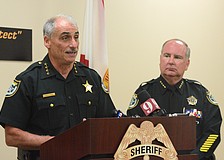 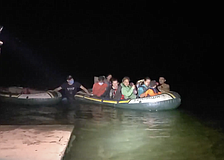 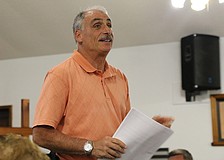