Coach Keith Lagocki will be entering his seventh season with the Pirates in the fall, and following a 3-7 season, he hopes his Pirates’ spread offense can have a breakout season.

Heading into the spring season last year, the Matanzas Pirates football team was in the process of overhauling the playbook to a more offensive-minded style. The Pirates switched from a wing-T to a spread offense, which was designed to cater to transfer quarterback Tim Morley. The Pirates began the season 2-1, but then lost six consecutive games, finishing the season 3-7 and 0-3 in the district.

This season, the Pirates will run the spread offense for the second time, but the play-caller won’t be Morley. The Pirates will be competing against an entirely different district, too.

QB competition heats up
Morley is headed to play college ball (see Page 14A), and Lagocki and the coaching staff are currently trying to figure out who Morley’s replacement will be. There are two candidates, Lagocki said.

Bryan Dieudonne will be a junior next fall. He was Morley’s backup last season, and at 6 feet, 2 inches, brings size to the position. Dieudonne isn’t a real mobile player, Lagocki said, but has a “cannon for an arm.” Dieudonne’s advantage, according to Lagocki, is his ability to grasp the offensive playbook quickly because he was able to get repetitions as the backup last season.

Conversely, Al’Kwazi Spencer, who will be a sophomore in the fall, is the other player vying for the starting job. Lagocki said Spencer endured a broken finger on his throwing hand in Week 3 last season, which ultimately ended his season. But Spencer’s uncanny ability to turn broken-down plays into positive yards is helping his case to be named the starter.

“He’s very fast and athletic, and he’s really learning the offense and working hard at trying to get it all figured out,” Lagocki said of Spencer.

Keep it simple, Pirates
Lagocki said spring practices have been positive and energetic. He said offensively, once a starting quarterback can be chosen, the focus will be on executing plays next season.

“We’re just trying to pick up where we left off,” Lagocki said. “(Last season), we kind of got rolling early on, and then we hit a point where we got stumped by a few defenses that we ran up against, and we had to really evolve. We were in the infancy in the offense and once we worked through those bugs, we were able to overcome it and get it going toward the end of the season.”

Lagocki said he’s having his team focus on quality over quantity during spring practices.

“We’re trying to concentrate on doing a few things, but doing those few things really well,” he said.

Defensively, the Pirates will switch back to a basic 4-3 defense, meaning four defensive lineman and three linebackers. That scheme is much simpler for his players, Lagocki said.

“We’re trying to make it really easy to get the kids lined up and make their reads simple and play fast,” Lagocki said.

Six-team district
Last season, Matanzas was in a four-team district and played three district games. With redistricting done by the Florida High School Athletic Association, the Pirates were moved into a six-team district, including Menendez, Ponte Vedra, Creekside, Nease and Palatka. Lagocki is pleased that he doesn’t have to play against state powerhouse St. Augustine any longer; however, he did say the district doesn’t have a weak team, adding: “Any of the six teams can win the district.”

The Pirates will play their spring game 7 p.m. May 26, at home against Warner Christian.

PLAYERS TO WATCH
Offense
Shawn White (Running back): Brings power to the Pirates’ running game. Last season, White had 73 carries for 489 yards and 10 touchdowns. He also had 17 catches for 209 yards and one touchdown.

Mark Pugh (H-back): Will be a hybrid between a wide receiver and running back. Pugh carried the ball 25 times for 133 yards and two touchdowns last season. He also had 22 catches for 147 yards and one touchdown.

Defense
Shawn White (defensive line): Will be a factor on both sides of the ball. 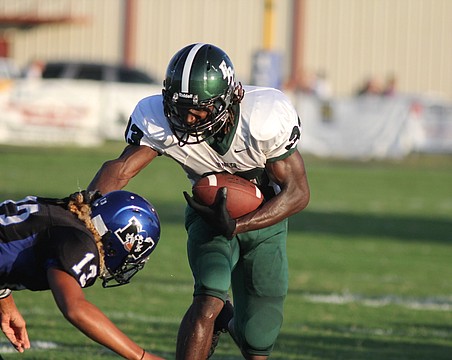 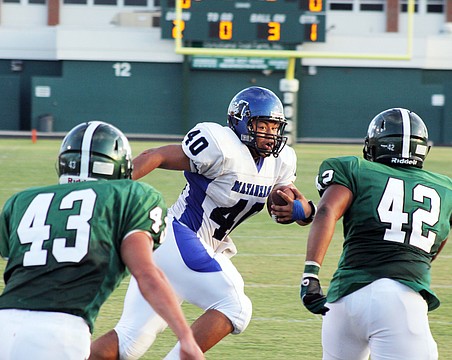 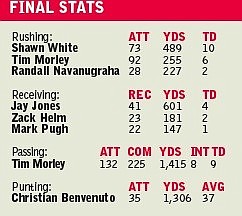 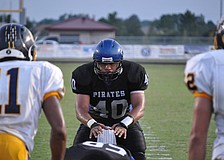 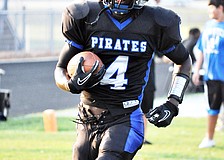 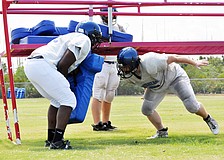 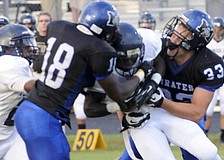 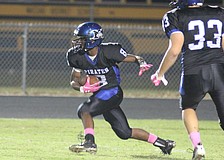