The Flagler Palm Coast track-and-field team is sending six sprinters and one pole vaulter to the May 7 Class 4A state championship meet in Winter Park. Coach Dave Halliday said his athletes are poised to make noise.

Tyler Cue and Gilbert Absolu were joking around on the Flagler Palm Coast track Tuesday afternoon, twirling the batons on their hands, waving them through the air. Though they were handling them nonchalantly, that won’t be the case May 7 at the Class 4A state championships.

For Cue, Absolu, Vanti Williams and Chris Stubbs, the 11.5-inch aluminum baton will be one of the most important items in the group’s quest at a state title in the 4x100-meter relay.

“It’s not just speed,” said FPC coach Dave Halliday Tuesday afternoon, ironically holding two batons in his hand. “If we win the 4x100, it will be a pretty big upset.”

Williams will start the race, followed by Absolu, Stubbs, and then anchorman Cue.

“It’s not scary handing the stick off,” Absolu said Tuesday with a smirk. For those four, it’s mostly about raw speed.

The Bulldogs 4x100 relay team won the Region 1-4A meet in a school-record time of 41.56 seconds. It was also the first time those four ran the relay together all season. Sophomore Turrel Mathews had been the fill-in runner for Cue, who was bothered by a hamstring injury for about five weeks. In his teammates’ minds, Mathews was the unsung hero for the Bulldogs. If it weren’t for him, they may have never had a chance for a state title.

“Turrel stepped up to the plate and brought his A-game (all season),” Vanti Williams said.

But Mathews isn’t the only storyline for the 4x100 team, Halliday said. In fact, when the season began, Halliday wasn’t even sure he’d be able to field a relay team.

“That happens every year in track,” Halliday said. “You go into the season thinking one thing and at the end of the season, it’s completely different.”

But now, with the four fastest guys healthy, the team is headed to the state meet with swagger. Cue said his hamstring is at 90% though he and Absolu didn’t qualify for the 100 meters. Halliday said that could be “a blessing in disguise.”

Cue and Absolu did qualify for the 200 meters after finishing third and fourth, respectively, at the region meet. Because of that, Halliday thinks his two fastest guys will have fresh legs for both events.

4x400 team on the prowl
Williams will lead the charge for the 4x400 relay team, which also won the Region 3-4A meet. Williams is joined by Stubbs, Mike Hymon and Josh Walker on the senior-laden team.

The last time the 4x400 relay team qualified for states was when Hymon was a freshman.

Walker said what sets this team apart from the rest is they “want it more” and “they have the most fun.”

If everything goes according to plan, Halliday said, it could be a good day for his 4x400 relay.

The four are aiming for at least a fourth-place finish, and though anything can happen, they realize one of the top goals is to get FPC team points in hopes of a team title.

Williams also qualified for states in the 800 meters after finishing second in the region with a time of 1 minute, 53 seconds. Halliday said he’s ranked No. 2 in the state.

Halliday: ‘Anything can happen’
As a team, FPC hasn’t won a state title since 2009, when they did so with 38 team points despite have zero individual state champs. Halliday recalls he never would have expected to win that year, and he guesses it will take roughly 50 team points to win a team title this year.

“We’re excited and we’re ready to see what we can do,” Halliday said. “I think our first goal is to get everybody who qualified on the medal stand (the top eight).”

Asked if a state title is a realistic possibility for the team or any of the individual events, Halliday said: “Anything can happen. ... You can’t really stop everyone else per se. Everyone else will run, jump or throw. We just need to do our best at what we do.” 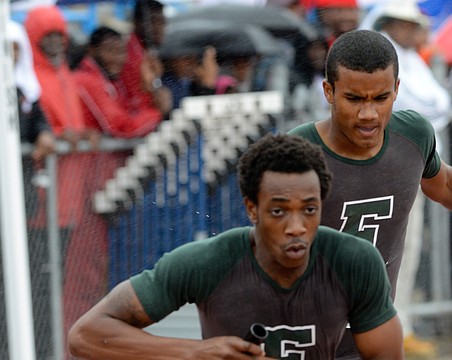 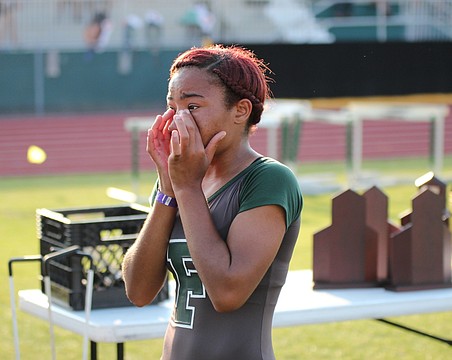 The speed is back: FPC rocks regional track meet 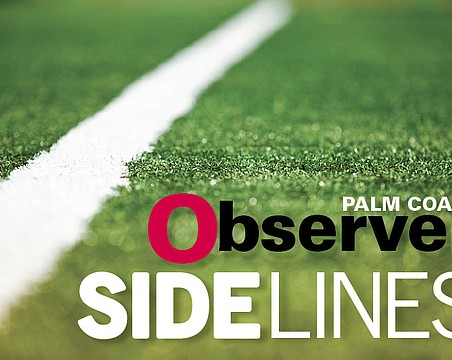 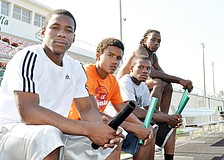 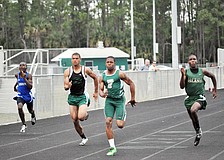 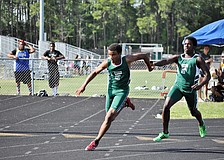 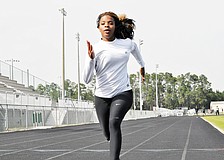