It was Saturday morning. The semifinals round was wrapping up. Flagler Palm Coast 135-pounder JZ Williams walked around mat No. 2 with his headphones in. He was preparing to wrestle defending state champion Nick Soto of Springstead High School.

The match began, and early in the second round, Williams found himself down 13-3. In the end, Williams lost by major decision, 17-4, suffering his first loss of the season, and was eliminated from championship contention.

Soto and Springstead went on to win their third-consecutive Flagler County Rotary Invitational, placing 10 wrestlers, with seven in the finals.

Bulldogs place six wrestlers
FPC coach Bobby Bossardet said Williams’ match was a microcosm of the team’s tournament. He said the wrestlers didn’t wrestle their own style and instead let their opponents dictate the pace.

“It’s a tough tournament,” Bossardet said. “Some of our kids wrestled really good matches. The outcome wasn’t what we wanted, but we learned a lot from the experience, and it’s time to go back to work.”

FPC placed six of the nine wrestlers it entered into the tournament. The Bulldogs finished seventh overall — 25 points out of third place — and Bossardet said the team was a few matches away from a better finish.

FPC had four wrestlers in the semifinals Saturday morning, and all four lost. Bossardet said three lost with a last-second take down.

Heading into this weekend’s 5-Star Conference Championships, Bossardet said his team is determined on winning the tournament after finished second each of the last two seasons.

“We have to get better at finishing and pushing our pace,” he said. “We’re a well-conditioned team, and we need to dictate the pace of the match. It’s a mindset of wanting to attack and score that first point. The kids have to believe in their offense.”

Alex White was the Pirates’ highest placer, earning fourth place in the 103-pound class. White avenged a loss earlier in the season to University’s Hector Blanco.

MHS 125-pounder Sal Infante captured his 100th win of his career and took fifth place in the tournament.
“Winning your 100th match is a milestone that not many wrestlers get to do,” White said. “I’m proud of Sal.”

White said the school record is 104, and he’s confident Infante will break that this season. Infante is only the second MHS wrestler to reach 100 career wins.

The Pirates will wrestle on senior night Tuesday, Jan. 25, at home against New Smyrna Beach and University high schools.

“We will continue to work hard and focus on the district tournament,” White said.

The Pirates wrestle in the District 5, Class 1-A tournament Feb. 5.

Matanzas is the defending district champion. 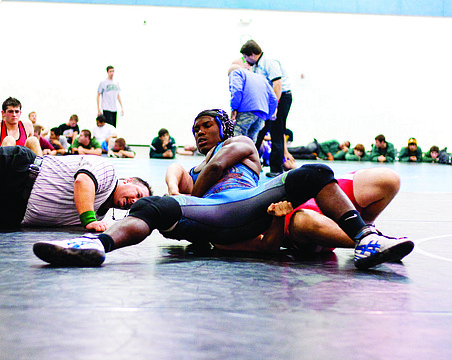 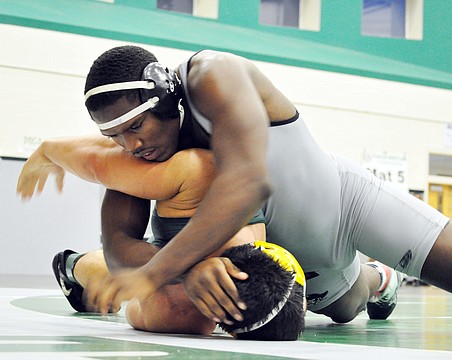 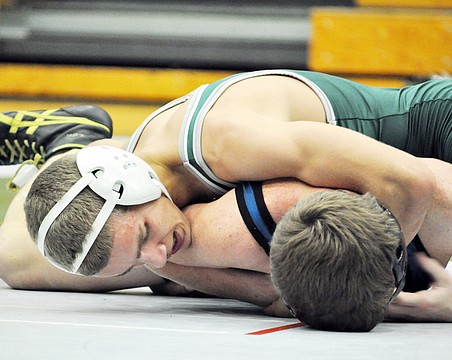 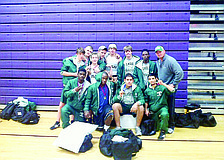 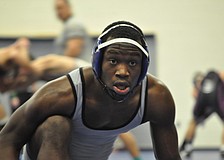 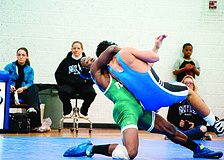 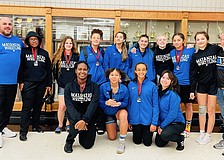 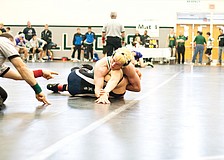