The Phantom Flag Football league, which will begin play in a few weeks, is part of the NFL Play 60 movement.

The National Football League is deep into the playoffs, but on the local front, players are just about ready to hit the gridiron.

Tom Gentry, commissioner of the board for the league, said he’s pleased with the turnout and expects even more kids to sign up before the league begins in a few weeks.

Registration day featured a punt, pass and kick contest, and two members of the Jacksonville Jaguars ROAR cheerleading team were also on hand.

Gentry said Phantom Flag Football began with a handful of parents wanting to get their children involved in football but without the grueling schedule of a Police Athletic League tackle team.

“Our idea was to bring a premier flag football league to Palm Coast,” Gentry said. “The downside of tackle football is the time commitment. A lot of kids practice five days a week and are traveling for games on Saturdays.”

Gentry said in the new flag football league, there will be an eight-week season with two playoffs games and a championship for each division, with each game lasting about an hour.

“One of the benefits of flag is there really isn’t a whole lot of injury risk,” Gentry said.

There will be four different divisions in the league, and it’s open to both boys and girls.

“These kids love football, and it gives them a chance to still do their homework and not be a five-day-a-week commitment,” Gentry said.

Gentry said there will be another registration 9 a.m. to 3 p.m. Saturday, Jan. 15, at the Belle Terre Park, behind Wadsworth Elementary School. 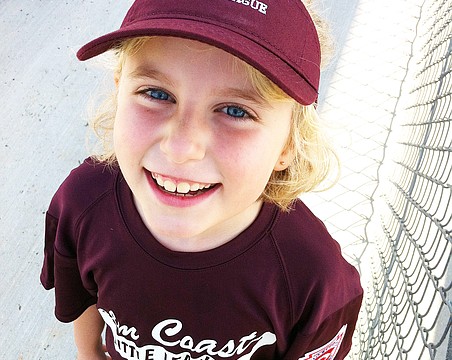 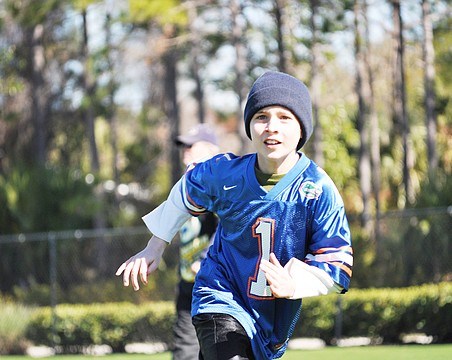 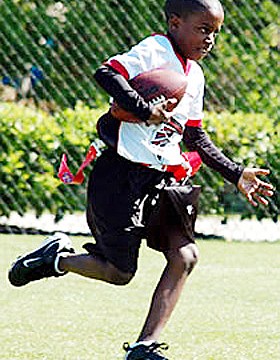 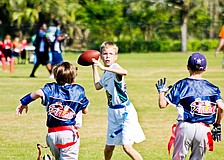 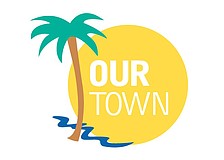 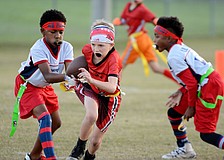 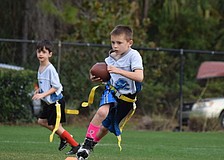