The Matanzas High School senior said she was inspired by the topic, 'Why is the Veteran Important?'

When Matanzas High School senior Sydnee Wong saw the topic for the Veterans Of Foreign Wars' 2022-23 Voice of Democracy competition, she knew she had to enter.

Wong submitted her audio essay on the topic, "Why is the Veteran Important?" and won the local competition sponsored by VFW Post 8696 of Palm Coast. She then won the District 19 competition against seven Volusia County post winners and advanced to the state competition, which was held Jan. 21 in Orlando.

She won a $300 scholarship for winning district. The competition had five judges, including two teachers, said District 19 Commander Chris Gates.

"It was a very patriotic essay. It touched people's hearts," Gates said.

Wong had entered the VFW's Patriot's Pen essay competition when she was in elementary school, but this was the first time she decided to enter the high school Voice of Democracy competition.

"I'm a (teacher's assistant) for JROTC, and I was inspired because my ROTC instructor is a veteran. Also, my dad is a veteran and served in the Air Force. Without him, I would not have the same appreciation for our country’s soldiers. I am proud to have a parent that served."

Wong began her essay by analyzing what America would look like without veterans. Then she discussed how veterans make a positive impact on America.

While she did not place at the state competition, which included 22 district winners, the experience was rewarding, she said.

"I was honored to have the opportunity to go there and participate," she said. "I really enjoyed meeting so many like-minded students from all over Florida."

Wong is a dual-enrolled biology major and plans to pursue a career in the medical field. But she enjoys writing and public speaking competitions and has won awards for her poetry.

"I have to thank God for all of my accomplishments," she said. 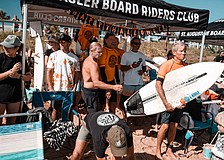 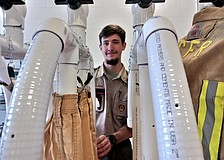 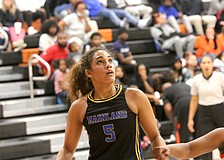 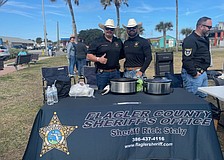 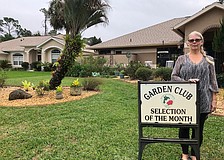