The Iranian American community of Greater Daytona Beach invites the community to join a peaceful protest in Ormond Beach on Thursday, Oct. 27.

On Sept. 16, Mahsa Amini, a 22-year-old Iranian woman, died while in custody of the "morality police" in Tehran, Iran. She was detained because of an improper headscarf. Her death has resulted in large-scale protests in many Iranian cities. These protests have now turned into an uprising to overthrow the theocratic and authoritarian government of Iran.

The Iranian government has shown over and over that they do not have any hesitation to indiscriminately and violently open fire on people. Outraged by the recent gruesome attacks aimed at university students, school-aged children and political prisoners, the Iranian American community of Greater Daytona Beach invites the people of Volusia County to join us in solidarity with the extremely courageous Iranian women who are literally risking everything. If the people of Iran win this fight, the world will be a better and safer place for us all.

Please join us on Thursday, Oct. 27, from 5-7 p.m. at the intersection of Beach Street and Granada Boulevard, next to the Ormond Beach City Hall at 22 S. Beach St. to show your support.

One unique aspect of this uprising is its feminine nature. This movement for social and political change was started by women and continues to be led by them. Their demand for freedom is centered around women’s rights. People chant, “zan, zendegi, azadi,” which means, "women, life, freedom." The people of Iran have a 43-year-long of struggle to try to assert their most basic rights. These women are clear that they reject the abuse of any ideology, culture or religion as a justification to steal freedom from the people. The event of Mahsa’s death shook the nation because this is a familiar story for many households in Iran. Many of us, Iranian women, have had the experience of being harassed, humiliated, threatened or beaten by state-sanctioned police forces in the streets of Iranian cities.

After reading the story of Mahsa’s death, I had a strange sense of deja vu, bringing back memories of my own near-miss experience. Twenty-three years ago, when Tehran was going through the first significant student protests after the Islamic Revolution, a plain-clothes state-sponsored militia (Basiji) approached me and shouted that I needed to cover my bangs. Shouting back, I informed him that I would not do that and he had no authority over me. There was a crowd around us watching the scene unfold. The angry young man raised his club to hit me in my head. But right before he attempted to do so, an older woman stood up for me and challenged the man for his violence while insulting him. He was so angry that he walked toward the old lady to hit her as well. Then the crowed intervened and stopped him from harming any of us.

What saved me that day was that another woman and other people decided not to be passive bystanders. Now in the age of social media and livestreaming, we do not have to be physically present to be active bystanders. We can help the Iranian people by writing to our representatives. We can advocate for them by sharing their videos, stories and struggles. The effect may not be immediate, but it will help the people of Iran. It is easy to be their voice and not remain silent. Here in the United States, we, the people, can and should ask our leaders of the “free world” and the United Nations Security Council to take genuine actions against the government of Iran. We should demand actions that go beyond simple condemnation statements and useless symbolic sanctions. Our local and national organizations have moved swiftly in dedicating tangible support to the Ukrainian people, which is applaudable. We hope that we see a similar level of genuine interest in protecting the lives of the Iranian people.

Dr. Asal Mohamadi Johnson is an associate professor and the director of the Public Health program at Stetson University in DeLand. She was born and raised in Tehran, Iran, and moved to the United States when she was 27 to earn her doctorate from Florida State University. She moved to DeLand with her family in 2014. 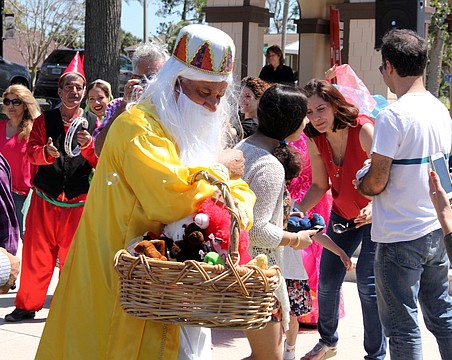 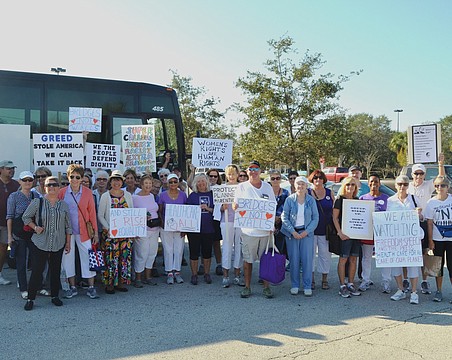 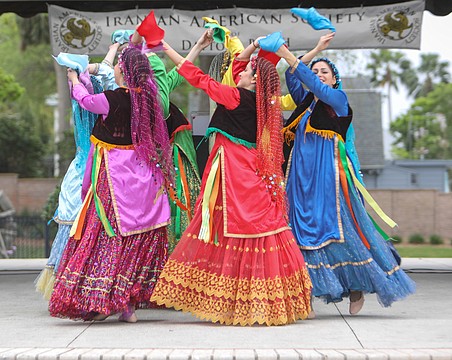 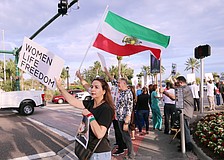 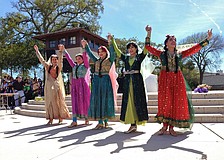 Festival features the culture of Iran 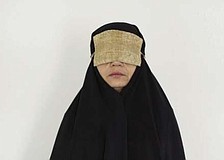 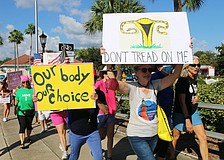 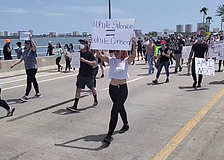 'We see it time and time again': Floyd's death triggers peaceful protests over the weekend in Volusia, more to come