The FPC senior will compete in the 50-yard freestyle and the 100-yard backstroke at her final state championship meet.

Lucy Nobles will compete in the 50-yard freestyle and the 100-yard backstroke at the Class 4A state championships on Nov. 5. File photo

Lucy Nobles will compete in the 50-yard freestyle and the 100-yard backstroke at the Class 4A state championships on Nov. 5. File photo

Lucy Noble, right, fist bumps her competitor after winning a race in a dual meet with Matanzas on Oct. 13. Photo by Danny Broadhurst

Lucy Noble, right, fist bumps her competitor after winning a race in a dual meet with Matanzas on Oct. 13. Photo by Danny Broadhurst

Lucy Noble has never backed down from a challenge.

That's why the Flagler Palm Coast swimmer will be competing in the 100-yard backstroke at the Class 4A state championships on Nov. 5 in Stuart.

Noble, who specializes in the freestyle sprint events, will also swim in the 50-yard freestyle in her final high school state meet. Last year, she finished 13th in 50 free and was 17th in 100 free at state. But at the beginning of this season, when it came time to pick her two events, Noble picked the backstroke over the 100 free.

In fact, she owns the Bulldogs' school records in the 100-yard breaststroke and the 100-yard butterfly. Gillin believes her future in college — she will swim at Eastern Michigan University next year — is the individual medley.

The 100 backstroke was not really on her radar until she lost a close race to DeLand's Anna Monette in a dual meet last year. Monette was the top backstroker in the area. Monette beat Noble under water on the turns. Instead of moving on and concentrating on her regular events, Noble studied film of the race.

At the Five Star Conference meet, she said she wanted to swim in the 100 back to get another shot at Monette. This time, Noble won the event, reversing the tables on Monette.

"Lucy beat her under water. It was an exciting race," Gillin said. "She was really motivated to work her walls better. I think that gave her the confidence that the backstroke can be one of her best events."

Noble is the only FPC swimmer to qualify for state this year. She finished third in the 100 back and fourth in the 50 free at the Region 1-4A meet on Oct. 29. She enters state seeded ninth in 50 free with a time 24.14 seconds and 12th in the backstroke at 58.57 seconds.

"She's one of those swimmers that doesn't seem to get nervous. She enjoys the competition."

She is in the mix to reach the A finals (top eight in preliminaries) in both events.

"She wants to break 24 (in the 50 free)," Gillin said. "She's one of those swimmers that doesn't seem to get nervous. She enjoys the competition."

Indeed, at state last year she tied for 17th in preliminaries in the 100 free with Creekside's Kylie White. No. 17 is the alternate to get into the B final in the unlikely event that one of the swimmers drops out. Noble and White were given the option of a coin flip or a swim-off to decide the alternate spot.

"Lucy said, 'Let's swim off.' She swam about a second and a half faster than her prelim time a half hour earlier," Gillin said. "She just races whoever's next to her. She's the same way in lifeguard competitions. She's always someone you like to put at the end of a relay. She's a diamond in the rough. The next four years she's going to keep dropping her times. I don't know if the Eastern Michigan coach knows what he's getting."

Both teams will advance in the playoffs. Their next games will be on Sunday, Nov. 6 in Winter Haven agains the North Tampa Uptown Eagles.

The Flagler Bulldogs 6U team has also advanced and will play the Tampa Ravens on Nov.6 at the Central Florida Fairgrounds.

The Bulldogs' 10U also had a successful season but lost in the first round to the Wolverines.

Ricshay Nelson, the Flagler Bulldogs president, and Ashley Perkins, the head administrator said the teams would not be successful without the support of the coaches, team moms and the parents. 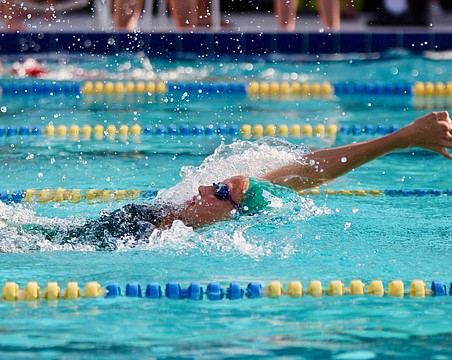 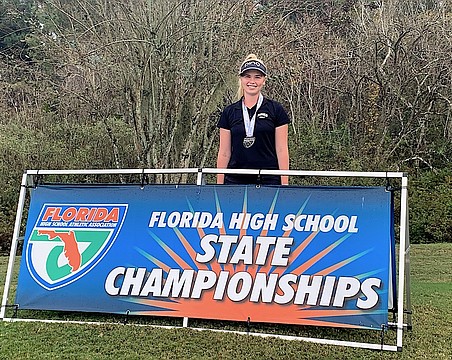 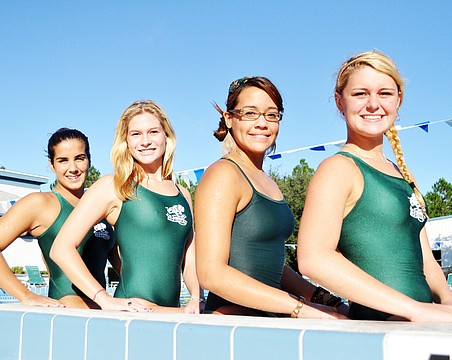 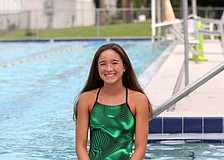 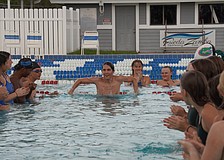 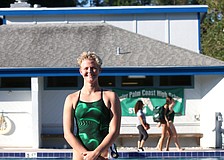 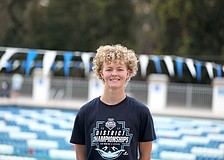 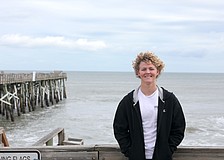