The measure also will make other school-safety changes, including giving the State Board of Education rulemaking authority over emergency drills.

The Legislature formally sent the bill (HB 1421) to DeSantis a day after the May 24 shooting in Uvalde that left 19 children and two adults dead. DeSantis’ office announced the signing Tuesday in a news release without a public appearance. He also signed four other bills from the 2022 legislative session.

Among other things, the school-safety measure will require that law-enforcement officers stationed at public schools complete mental-health crisis intervention training.

“The training must improve the officer's knowledge and skills as a first responder to incidents involving students with emotional disturbance or mental illness, including de-escalation skills to ensure student and officer safety,” the bill said.

School security officers who are not sworn law-enforcement officers will be required to receive training designed to “improve the officer's knowledge and skills necessary to respond to and de-escalate incidents” on campuses.

The measure, which will go into effect July 1, also will extend the Marjory Stoneman Douglas High School Public Safety Commission. The commission was formed after the 2018 Parkland school-shooting in which 17 students and faculty members were killed. It is scheduled to meet again Aug. 2, shortly before the start of the 2022-2023 school year, according to the Florida Department of Law Enforcement website.

Speaking to reporters on Friday, DeSantis touted mental-health funding in the new state budget and called school shooters “deranged psychopaths,” citing events as far back as the 1999 mass shooting at Columbine High School in Colorado.

“When you’re talking about school security, the thing is, for whatever reason, I think going back to Columbine, this has become something where these deranged psychopaths have certain targets. And some of them go to schools as a way to kind of maximize the trauma to a community. They’re very evil people,” the governor said during an appearance in Orlando.

Part of the bill signed Tuesday deals with emergency drills for “active assailant and hostage situations,” bomb threats and natural disasters. District school-board policies and procedures currently guide such drills. But the new law will direct the State Board of Education to develop statewide rules for school emergency drills.

Those rules will be required to include “minimum emergency drill policies” that will guide timing, frequency, participation, training, notification and accommodations related to drills.

The rules also must require that all types of emergency drills are conducted annually, at a minimum.

Law-enforcement officers who are responsible for responding to schools during emergencies such as school shootings will have to be “physically present on campus and directly involved” in active-assailant emergency drills.

State Board of Education member Ryan Petty, whose daughter Alaina was killed in the Parkland high-school shooting, touted parts of the bill that will require officer training and extend the school-safety commission.

“Extending the commission’s work and requiring mental health and de-escalation training for safe-school officers will make a major difference in mitigating the risk of a future tragedy,” Petty, a member of the commission, said in a statement.

Another mental-health component of the new law will require that 80 percent of employees at all schools receive training in “youth mental health awareness and assistance.”

County school boards and charter schools also will be required under the law to adopt plans designed to reunite students with their families in the event of emergencies. Those plans will be drawn up in coordination with local governments and law-enforcement agencies.

DeSantis signed the bill as Florida legislators face a Friday deadline to weigh in on a proposal by Democrats to hold a special legislative session on gun violence. A poll about holding a special session was prompted by more than 20 percent of lawmakers submitting letters of support. Such attempts to force special sessions on other issues have failed in the past.

DeSantis last week touted his record on school safety and pointed, in part, to recommendations by the Marjory Stoneman Douglas commission.

“What I think we’ve done in Florida since I’ve been governor is make sure there’s adequate security at schools, make sure we follow the recommendations of the Parkland commission,” DeSantis said. 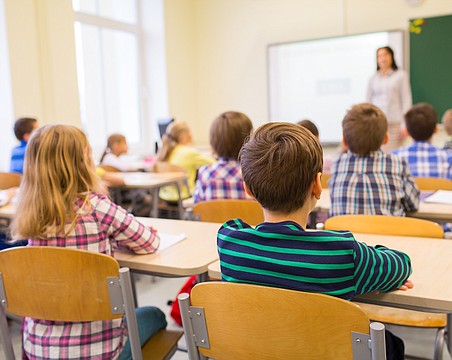 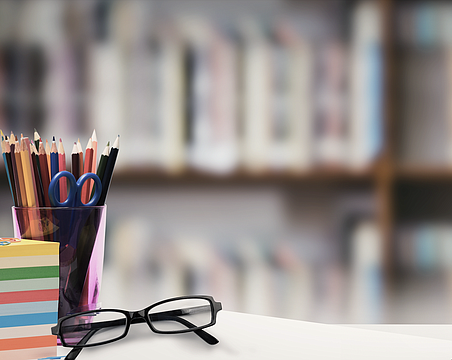 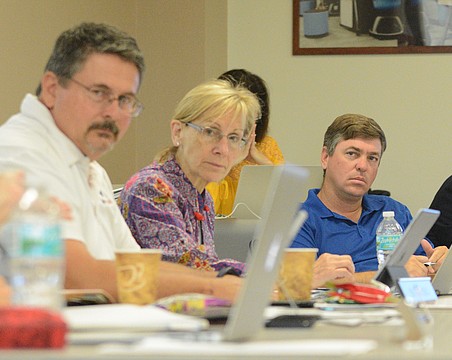 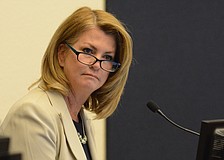 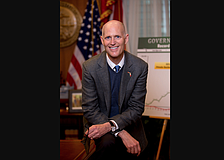 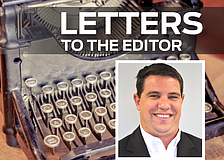 Florida Sen. Travis Hutson: It is important to take some action to prevent another tragedy 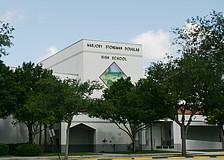 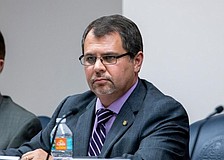