Wood will play for Eagles coach Kelsi Dunne, who taught Wood how to pitch when she was a youngster.

Emma Wood circles the bases after hitting a homer for the only run of the game in a 1-0 win over Seabreeze on March 5, 2020. File photo

Emma Wood circles the bases after hitting a homer for the only run of the game in a 1-0 win over Seabreeze on March 5, 2020. File photo

Emma Wood jumps on home plate after hitting a home run on March 5, 2020 in a 1-0 win over Seabreeze. File photo

Emma Wood jumps on home plate after hitting a home run on March 5, 2020 in a 1-0 win over Seabreeze. File photo

Matanzas High School softball player Emma Wood learned how to pitch from Kelsi Dunne, a four-time All-American at the University of Alabama.

Dunne will continue to tutor Wood next year. This time as her college coach.

Wood recently signed a letter of intent to continue her softball career at Embry-Riddle Aeronautical University in Daytona Beach, where Dunne is the head coach.

“She was actually my first pitching coach,” Wood said. “I was pretty young, 11 or 12. I had just started pitching.”

Wood said a teammate’s mom had recommended Dunne, who pitched nine no-hitters in college and was the Southeastern Conference Player of the Year in 2010 and 2011.

“She taught me a lot of stuff, like new pitches, and she helped me a lot with my mental game.”

“We looked her up,” Wood said. “We saw a lot of videos when she played for Alabama.”

Dunne led the Crimson Tide to three Women’s College World Series appearances. Before that, she was named EA Sports National Softball Player of the Year in 2007 when she was a senior at Spruce Creek High School.

“She taught me a lot of stuff, like new pitches, and she helped me a lot with my mental game,” Wood said. “Playing in travel ball, I wasn’t extremely good at pitching, but probably my season before high school I started taking off.”

Blasting off as a freshman

Wood went 10-3 with a 0.76 earned run average as a freshman for the Pirates. During her sophomore year in 2020, Matanzas played just six games before the season was canceled due to the pandemic.

But as a junior last year, Wood led the Pirates to the regional semifinals, their best playoff finish in school history.

“I have a video of that on my Instagram,” Wood said. “I watch it all the time.”

Wood pitched 131 of the team's 144.2 innings last season and struck out 139 batters. She allowed four hits in nine innings in a 4-2 win over DeLand. In the district championship game, she gave up just three hits in eight innings in a 5-4 loss to Deltona.

“She’s done an amazing job in the circle for us,” said Matanzas coach Sabrina Manhart, a former college coach at Daytona State.

“Her bat is so big, I assume she’ll get a lot of time at first base or outfield (for Embry-Riddle),” Manhart said. “She’s played all over the field in travel ball.”

Wood knows she’ll have to earn at-bats in college, where pitchers are usually replaced at the plate by designated hitters.

Also, she probably will have to streamline her pitching arsenal. Right now, Wood throws a fastball, changeup, drop, curve and rise.

“In college, you’re just trying to perfect a few pitches. I’ve heard that from many coaches,” Wood said.

But before Wood moves down the road to Embry-Riddle, the senior is looking forward to her final high school softball season.

“My goal is to make it our best season,” she said. “We have a lot of new people coming in, a lot of freshmen. It’s a pretty, big leader-year for me. I’m looking forward to it.” 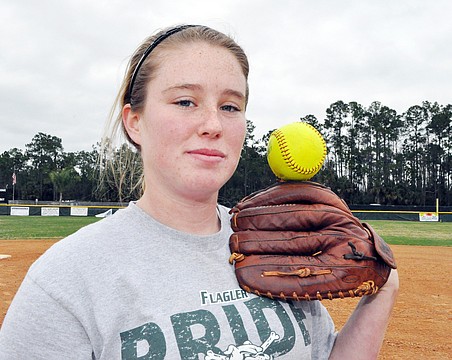 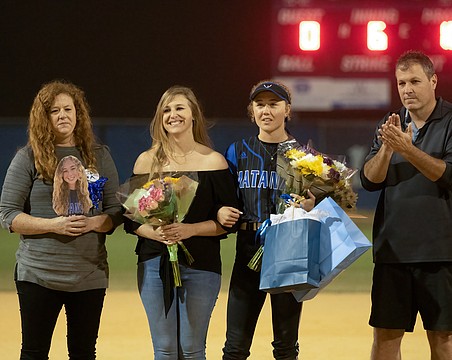 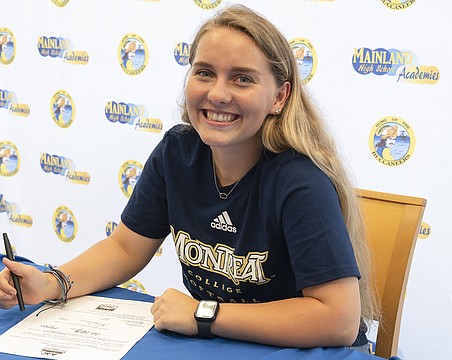 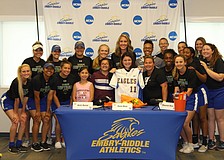 Back in the game: Palm Coast 13-year-old with leukemia signs with Embry-Riddle softball team 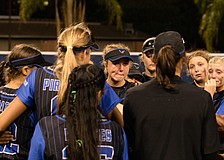 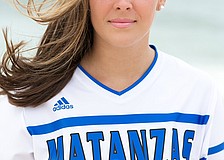 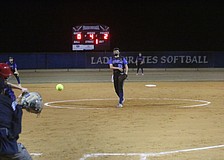 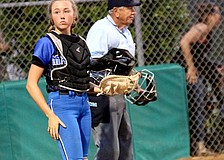