Fidelity and finance are both questioned in Flagler's mosquito control debate

Jerry Cameron wants to hire an outside agency to treat the west side. East Flagler Mosquito Control says it's willing to work out a new agreement.

Everyone agrees that it’s bad to have lots of mosquitoes in West Flagler. But no one agrees, yet, on who should kill them, and how it should be done.

County Administrator Jerry Cameron asked the County Commission in each of the past two meetings, May 3 and  May 17, for direction to hire St. Johns County’s highly esteemed Anastasia Mosquito Control to use a less-costly, chemical-free method to sterilize West Flagler’s mosquitoes, which Commissioner Joe Mullins compared to small hummingbirds. In each case, county commissioners have asked, essentially, why the East Flagler Mosquito Control can’t do it? No decision has been made, and it has become a question of not only finance but fidelity.

"While we debate on this, citizens on the west part of the county are screaming for additional service."

In the May 3 meeting, Commissioner Greg Hansen told Cameron, “Have the mosquito control people here” at the next meeting. On May 17, the Anastasia Mosquito Control was given the chance to deliver a presentation about its operation, but East Flagler was not.

Cameron said he had already spoken with East Flagler Mosquito Control, so there was no need for a presentation.

“They’re only interested in providing services to the densely populated areas,” Cameron said. He then indicated that EFMC’s concerns were not cold-hearted but “based purely on economics.”

The East Flagler Mosquito Control is independent of the county government; it has its own taxing authority, and residents east of U.S. 1 pay additional taxes each year for mosquito-spraying services. Since 2003, Flagler County has had an agreement with EFMC to spray in emergency situations, which EFMC does at cost, after verifying that there are enough mosquitoes in the area to legally justify spraying.

Mike Martin, a member of the elected EFMC Board, spoke in public comment to address the issue. He was confused as to why he was only given three minutes to speak, after Anastasia was given time for a full presentation on the agenda.

Martin pointed out that EFMC is not authorized to spray outside its service boundaries unless Flagler County requests the service, based on the 2003 agreement. Contrary to Cameron’s and Mullins’ implications that EFMC had been failing to serve the west side, Flagler County has not asked for service very often: In the past three years, EFMC has only been called four times, and each time, EFMC sprayed for mosquitoes as requested.

If there is a need for more spraying, Martin said, all the county has to do is ask. Moreover, if the 2003 agreement isn’t sufficient, “We’re willing to talk with you and work out new agreements,” he said. After the meeting, he said he felt it was unfair to ask East Flagler residents to pay more for West Flagler service.

Commissioner Andy Dance felt that he was getting “mixed information.” EFMC had sent multiple documents to the County Commission just a few hours before the 5 p.m. meeting started — at the "ridiculous" time of 2:13 p.m., Commissioner Donald O'Brien pointed out.

Dance said he would like to see a fair comparison and bid from EFMC — or from other entities if it were to be opened up for competition.

Hansen said at the May 17 meeting that it would be a missed opportunity to hire Anastasia without giving EFMC a chance to grow as an organization and meet the challenge. He then gently teased Cameron for so often touting the successes of St. Johns County, which is where Cameron used to work as an assistant administrator.

“Jerry, don’t you think we could get our mosquito control people” to do the job? Hansen asked. “Maybe even — perish the thought — they could become as good as St. Johns County?”

Cameron said that Anastasia has a phenomenal track record of effective mosquito control with ever-decreasing costs. “I think that alone makes it worth looking at,” Cameron said. He added that he felt he was doing what he felt was best to serve Flagler County residents.

“While we debate on this," he said, "citizens on the west part of the county are screaming for additional service.” 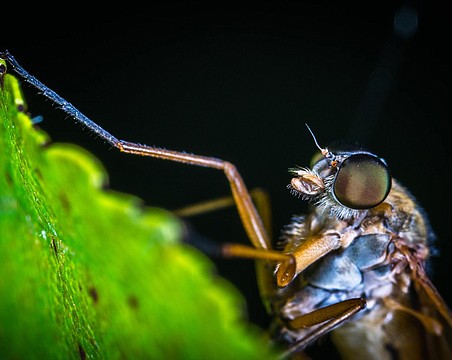 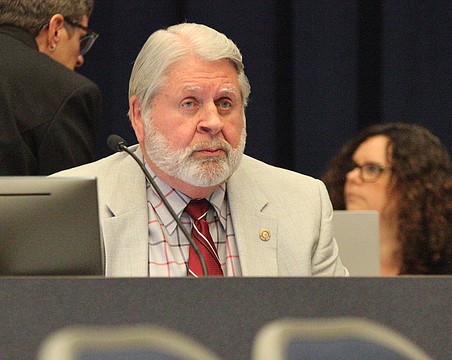 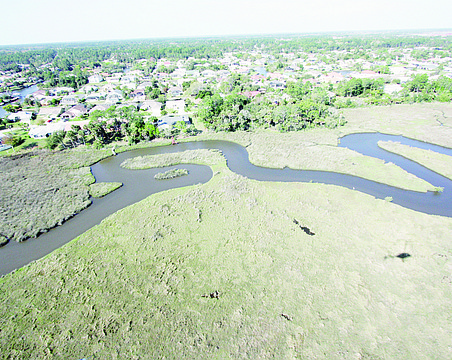 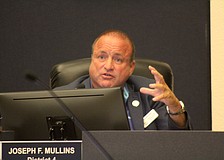 I heard a mosquito buzz: Flagler's west side calls for relief 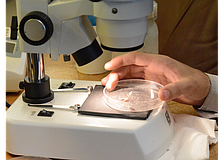 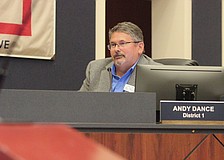 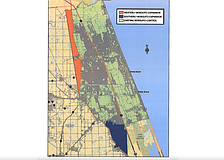 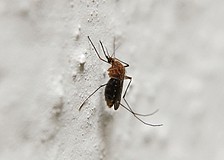