5,000 years of buried history: Mounds at Tomoka State Park give insight into the Timucua tribes

The Tomoka Mound and Midden Complex is now part of the National Register of Historic Places.

The Tomoka Mound and Midden Complex provides a lens to the past.

Tucked away in a section of the park currently not accessible to the public, surrounded by historic Oaks and sturdy red bay trees, the 12 mounds that make up the complex have given researchers a glimpse into what life was like for the Timucua people that once inhabited this area. Easily missed unless you know what you're looking for, the mounds are more than just hidden hills in the brush.

Since the 1880s, the mystery of these mounds has sparked interest.

First came a man named A.E. Douglass, who arrived in Florida with the interest of collecting Native American antiquities in 1882. After excavating three mounds, he ended up finding 10 bannerstones buried in one of the largest of the mounds, known now by its number: 6. After Douglass, John Griffin and Hale Smith excavated Mound 2 in 1946, discovering evidence of human remains. From that point on, these mounds became associated with ceremonial burials. Then in 1979, two more men — Randolph Daniel and Jay Haviser — worked to identify more mounds within the park. They found six more.

These ancient mounds date back up to 5,000 years ago, and are some of the largest and most intact of its kind in the state of Florida. And as of Nov. 27, 2020, they form part of the National Register of Historic Places.

It's an accomplishment to cherish, said Philip Rand, park manager for the Tomoka Basin State Parks.

"That’s a career milestone," he said. "It’s something you’ll always be proud of.”

Thanks to the Tomoka Archaeology project, started in 2013 by Dr. Jon Endonino, an associate professor of the Anthropology department at Eastern Kentucky University, it is now known that the oldest mounds in the complex, dating from 5,000 to 4,300 years ago, are composed of earth and shell. They also show that the Timucua had a diet of turtles, shellfish and freshwater fish, evidence that the Tomoka River was at one point a freshwater river, said Charles DuToit, park manager for the Tomoka Basin State Parks between 1993 and 2009.

There is a burial mound in Ormond Beach, and it was once almost lost to history.

The bulldozer was ready to go. A local couple was looking forward to building their "dream home" across the Halifax River. The problem was, in order for them to build that home, one of Ormond Beach's oldest pieces of history had to be removed: The Ormond Burial Mound, located on the corner of South Beach Street and Mound Avenue.

According to an Orlando Sentinel article dated Jan. 7, 1983, then Ormond Beach City Manager John Leemkuil halted work on the mound, one of the most intact Native American burial mounds in Eastern Florida, after citizens raised concerns about its removal. It was an action the couple sued the city for (and later settled), and one that led to the preservation of the landmark.

“It was almost the mound that was not," said Dr. Philip Shapiro, who serves on both the city's Historic Landmarks Preservation and Quality of Life boards.

The burial mound is estimated to be about 1,200 years old, having been created by the Timucua native people sometime after A.D. 800, the Ormond Beach Historical Society states on its website. But prior to burials, the Timucua used charnel houses to prepare bodies, particularly those of prominent individuals, for the afterlife.

"The dead were laid out on wooden racks and allowed to decompose, attended usually by high priests," the OBHS website explains. "After the bodies dried away, each set of bones was then bundled individually and interred with special ceremony. This method explains the great number of skeletons found in burial mounds."​

DuToit wasn't surprised that the Tomoka Mound and Midden Complex was added to the National Register. It qualifies in all ways, he said — from the archaic evidence of technology, the craftsmanship in artifacts found and the insight it provides into the lifestyles of the Timucua people.

“There are very few sites that cover that span of time, and also the span of different environmental changes," DuToit said.

Before Endonino began his digs, the mounds were in need of a lot of clearing. Rand, aided by Chan Zimmerman, began the work several years ago as a "side project" simply because the roads leading to the mounds were overgrown and both enjoyed walking through the area. Then in 2015, Rand and Zimmerman began removing downed storm trees and began a project to mow as much of the area as possible.

Endonino's work began in 2016 and by 2017, the extensive clearing of the mounds was able to reveal their shape. The work continues today, and volunteers are still needed, but it's in part thanks to their efforts that the mounds have earned their designation. Rand estimates that he and Zimmerman removed over 65 trees that impacted the mounds and removed over 200 yards of debris.

Much of the clearing of the tops of the mounds was done by hand.

Recently, the The Black Bear Chapter of the Florida Trail Association has been instrumental in helping to keep clearing the mounds. Aggie Armstrong, park services specialist, came to the Tomoka Basin State Parks to help recruit volunteers. The outreach of groups like the Florida Trails Association is a benefit to the park.

“I really cherish the partnerships in the community," she said.

In June 2020, Endonino received an email from the Florida Department of State's Division of Historical Resources inquiring about assistance to submit a nomination to the National Register for the mounds. Endonino informed Rand that he would be submitting photos, a summary of his findings and other background research for the nomination.

But it wouldn't be the first time these mounds would be seen by others outside of the project and the park staff.

On Jan. 18, 2020, the first visitors were given a tour of the mounds via a tram. That was part of the motivating factor to clear the area surrounding the mounds, Rand said. They wanted to give the public a chance to see them.

The event, held in partnership with Ormond Beach Historical Society, was a sold-out success.

“They felt special, because it was really the first time people had been taken back there to see the mounds," Rand said."...Many of them lived in this area and didn’t even know about the mounds, and it just was super.”

Armstrong recalls the facial expressions of the tour participants. She could relate; before she got involved with the mounds, she had also never seen them. Marvel only grew when Endonino shared that, based on his findings, he concluded that the same species of plants seen there today were also there when the Timucua inhabited the area.

“I was excited to hear how old they were," Armstrong said. "I think everybody on the tram was...trying to picture just how long ago that was and the fact that it does look the same now, it’s just amazing to me.”

In the end, Rand said the Tomoka Archaeology project really was the driving force behind the complex being added to the National Register.

“Without that, we wouldn’t know what we know about the mounds," Rand said. 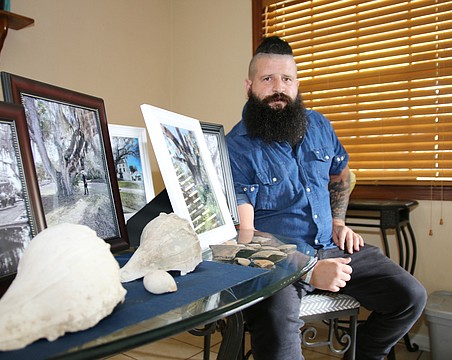 Moments in time: Local starts 'Then and Now' project to capture Ormond history 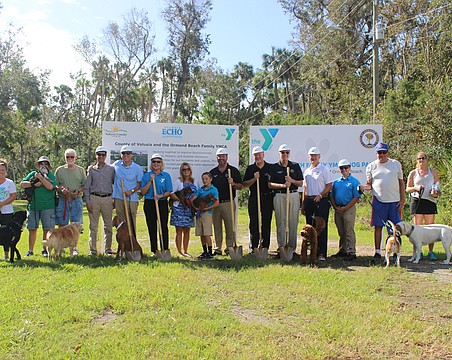 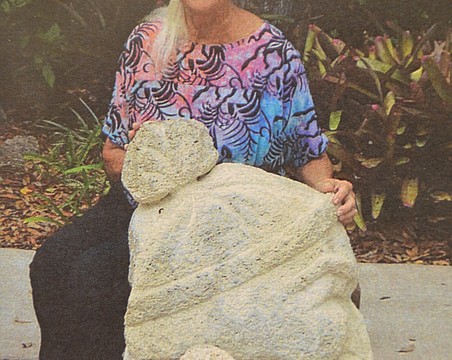 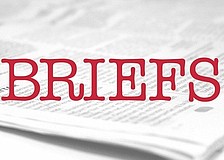 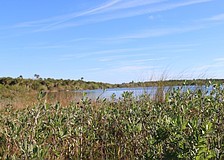 'The weather's fine': Paint in nature this weekend, at Tomoka 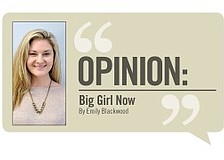 Ormond Beach is still a mystery

Ormond re-enactors give a unique look into the city's past