It was just another training day, and another first-place finish, for Flagler Palm Coast weightlifter Anniel "Annie" Buchanan.

Buchanan is the reigning girls state champion in the Class 3A, 199-pound weight class. The senior is aiming for a second consecutive state title this season to add to her two third-place finishes she earned as a freshman and a sophomore.

She was one of seven Bulldog lifters to place first at Matanzas High School's tri-meet Dec. 1. FPC, which has returned five state qualifiers from last season, handily won the meet. But the season doesn't begin in earnest for the Bulldogs until regionals in late January.

"We weren't going full out today. We were only going about 85%," FPC coach Duane Hagstrom said. "We weren't pushing too hard. We're just training right now."

Still, FPC improved to 11-0 on the season, compiling 56 points, with Matanzas (5-1) finishing second with 35 points and Ponte Vedra finishing third with 19 points.

Buchanan lifted a 415-pound total to win the 199-pound class by 190 pounds. Her total would have been enough to easily win the state title last year, but she left little doubt at the championships that she was the best in the state, hoisting a total of 450 pounds, 85 pounds more than any other 199-pounder.

At Matanzas, she matched her state bench press of 235 and ended her clean and jerk lifts at 180.

"We didn't push it today. We're just working our way up," she said. "We continue working no matter what. The grind never stops."

Buchanan benched 255 during the summer and recorded a 245-pound bench press in a November meet, Hagstrom said.

The Bulldogs' other weight-class winners at the tri-meet included: Gabriella Barros at 101, Aryanna Rosa at 110, Kelsey Gocking at 129, Aun'yale Howard at 139, Dianna Croft at 154 and Colleen Haaf at unlimited. 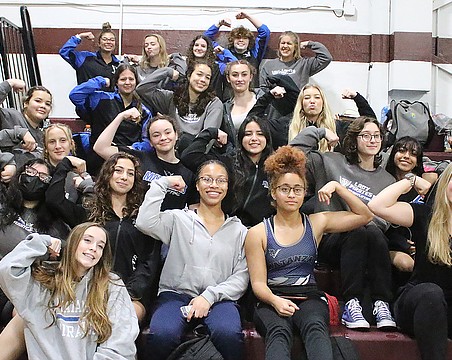 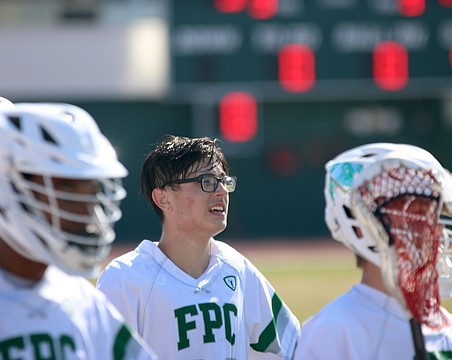 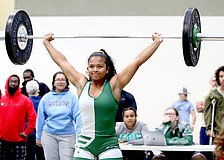 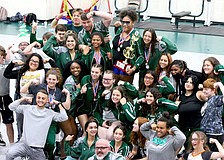 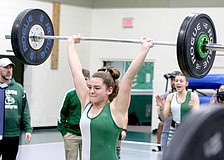 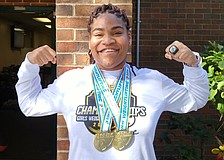 Buchanan dedicates title to her mom 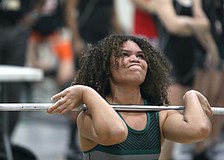