He might be 80 years old, but Bill Brant still dreams of making it big as an artist some day.

After 34 years as a professor at the Massachusetts College of Art and Design, Brant has won numerous awards and has a gallery named after him. Now, he is retired and lives in the Woodlands, in Palm Coast.

He works in his studio at Hollingsworth Gallery, in City Marketplace, where he will have a retrospective show (6-9 p.m. March 9), featuring work from the 1960s to the present. It might be his last.

“I want to be strong and stoic and say that I don’t care, but I do,” Brant said. “I care about being recognized for what I’ve done. I think everybody does. I’m starting so late, so my chances of making it are probably next to nothing, but I still feel that need to get out there, get seen, get noticed.”

Brant wears large glasses and is mostly bald. He spoke in a booming voice and wore a striped T-shirt during the interview that took place partly in his home, and partly in his studio Feb. 28. (Click here for his website.) Here are excerpts from the interview:

Will this be your last show?

I have no major health problems, but at 80 you can’t plan too far head. I’m rather a slow producer of paintings — about three or four paintings a year. At that rate, it would take another eight years for enough for another show.

Some of your paintings show two dates. Do you revisit your work often?

I changed the colors (of “California”) and made it fresher and brighter. Tom Gargiulo tells me he does the same thing. I think it’s a flaw of old men. They tend to go over their old work, refreshing it.

You say you like to include whimsy in your work.

Take “California.” That whole painting is whimsy. It was painted in 1978, and at that point, I had never been to California, so it was out of my head. It’s all of the flavor of things that one absorbs in this country if you’ve never been to California, and it’s drawn up in a whimsical way. Having gone their later in life, I can testify that it’s a maze of roads and highways. So I felt I was justified in weaving a lot of roads together. But at the time it was pure happenstance.

I love children’s drawing, the pure honesty of it. It disarms you. Nobody feels too sophisticated or too ignorant to fail to understand a child’s drawing. You come to it open and ready to receive whatever you see. That’s not true of a lot of adult fine art work. Most adults can feel a little threatened and a little put off by a really important piece of art work because they feel it’s smarter than they are somehow, or there are things going on that they don’t understand. I adopted fairly early on the idea of working with children’s forms.

Playfulness and whimsy disarm the viewer and suck him into your world and get him involved. I would like to make paintings to make people pause for a moment. The way to do that is to be a little brash and outrageous and playful and whimsical.

You call yourself a colorist. Why is color so important to you?

Color is full of magic and mystery. The scientific world hates it because it’s the invention of the brain. Each animal processes color differently. The world is full of radiation that is bombarding us all the time. The brain sorts it out and fills out the world we see in color. Dogs have different color sense; bees have a much bigger color wheel than ours. The brain of each creature creates color. When you go to sleep at night, you dream. Most people tend to dream in color. I dream in fantastic colors.

I want to create beautiful objects that have a lot of drama to them, that reach out to you. I think color is one way to do that.

Color means things symbolically, psychologically to us. We’re full of color associations that alter our feelings.

You say you have taught students who are colorblind. What do you say to them?

Does art change people? How has it changed you?

In many mystical ways. In some ways it’s liberating. You paint things that come into your own head, your own heart. It’s a self-exploration. You start by asking what colors you like, or the paintings in art history you really like. You need some guides to get into the world of art. Gradually, that becomes more sophisticated as you learn more. So, you may start out with one or two influences, and by the time you’re my age, you have 20. I’m sure Picasso had influences. But when you look at Picasso painting, you see Picasso. When you see Bill Brant, you see Brant, and you have to search for the influences. I like Rembrandt, Hans Hoffman, James Ensor.

It’s always changing you. After a while, you accept it. It’s not something you think about. Just the presence of art in your environment, can alter you, by looking at things you like and don’t like. If you see an old fashioned painting on the wall and you can’t relate to it, it’s not part of your world, it will affect your feelings.

Because I’m 80 years old, I don’t have the energy I had when I was younger, so I go in 2-3 hours at a time, 2-3 days a week, and that’s why it takes so long. I used to work all night on more than one occasion. Many hours.

Every painter is finding his poetry working with a medium. I’ve become more intellectual over time, and less concerned with the medium itself. I want to make my paintings more thoughtful and more adult, but I still like whimsy to leaven the paintings. I’m masquerading. I’m hiding the fact that I have ideas to share with people, but I don’t care if they don’t see them right away. There are two levels, the level where they’re pleased with the colors, and there are others where I’m working with symbolism to tell a story.

What stands out to you about your 2012 work?

How does “Table For One” affect your mood?

It’s actually from a real memory, so it takes me back to the time when I witnessed this. The story is that I used to go in the wee hours in the morning to a cafeteria in Boston and get a cup of coffee or a donut after painting all night. I would find strange night people there.

One woman was somewhere in the region of 85-90 years old. She had bright orange hair, was sitting in a far corner, away from people. Her table was set up for two, with a donut and a coffee across from her, and she was talking to that empty chair. You couldn’t hear her, but you could see her lips moving. She was this sallow, old lady.

Obviously, someone from her life who was missing. Very lonely. At the end of her life, talking to ghosts. At the very end of the evening, and so as not to waste anything, she would switch chairs and eat the donut and drink the coffee. But that was her little ritual.. I saw her time after time doing this thing. It was very sad. It haunts people. Our children move away and don’t write anymore, and you’re left alone. That was her case. It’s a universal.

In “Table For One,” there’s fresh food on the table, signs of human movement with that hot glove, and yet, there’s no one here. I think conjuring up the image of people without showing any, is kind of an empty, lonely feeling. I also used soft, ghostly colors to carry the mood.

What are your ambitions?

Most painters are painting for the high-end art world. The applause I would like to receive is not from ordinary schnooks and taxi drivers, but by big artists, art historians.

I probably won’t get that attention that I really need or want. In all probability, the real attention will come when Amy tries to sell them down the road, after I’m gone. But I’m still dreaming. 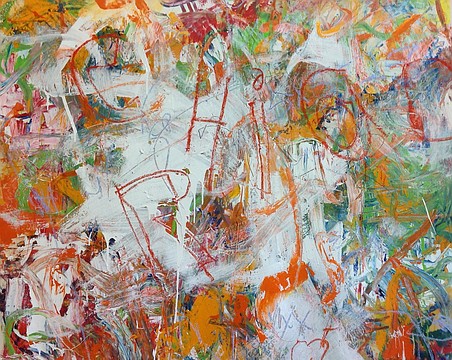 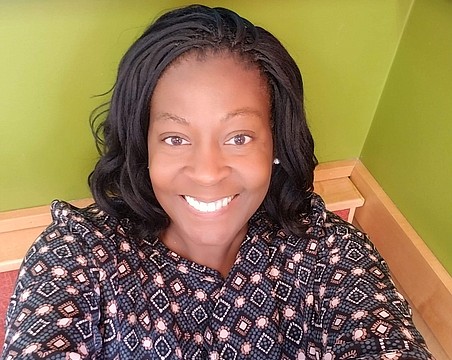 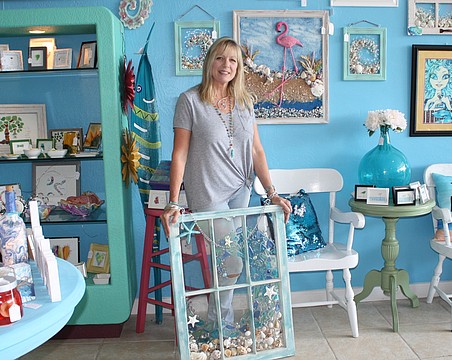 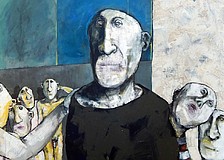 'Between Dreams and Reality' 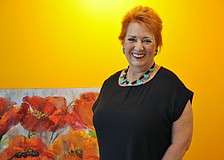 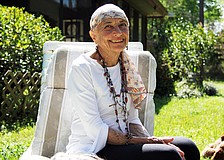 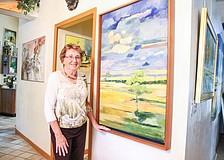 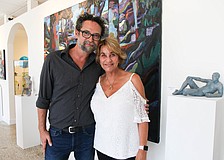