Nellie the dolphin celebrated her 60th birthday Wednesday, Feb. 27, at Marineland. The bottlenose dolphin has far exceeded the average life span of dolphins and is the oldest living dolphin born in human care and remaining under human care.

“Nellie turning 60 is a huge milestone,” said Kurt Allen, vice president and general manager of Marineland Dolphin Adventure. “To me, one of the remarkable things about that is we opened our doors in 1938 and during World War II, we closed for several years and then reopened in 1946. When she was born, we only had about 10 years of experience of dealing with dolphins, and she is still here with us today.”

Since Nellie’s birth at Marineland on Feb. 27, 1953, she has witnessed abundant change and adventure. Throughout her life, Nellie has been a mother, and her last born, Sunny, still resides at Marineland. In addition to being the oldest dolphin in human care, she was at one time the oldest dolphin to give birth, when she birthed Sunny in 1984, at age 31.

At the dawn of the TV era in the 1950s, Nellie starred in several TV shows filmed at Marineland’s original dolphin stadium. When Marineland produced animal shows, Nellie became a fan favorite by performing her famous hula hoop stunt.

Nellie was even featured in a Timex watch commercial in 1961 that aired on Frank Sinatra’s special “Welcome Home Elvis,” in which she swam through an exhibit and completed several jumps, all while carrying a Timex watch. To show support of Nellie’s birthday, Timex sent a letter and a bouquet of flowers to the park Wednesday.

In 1970, Jacksonville University officially adopted Nellie as the school’s mascot, and she went on to receive honorary undergraduate and graduate degrees. This year, JU plans to bestow an honorary doctoral degree to Nellie.

“She has a special place in a lot of people’s hearts,” Allen said.

One person who Nellie touched is Director of Animal Training Michael Hunt. Hunt visited the park when he was in elementary school. At the time, he wanted to be an astronaut, but that day, he changed courses. Instead, he wnated to train animals.

“All these years later getting to interact with her every day is a blessing,” he said. “As a geriatric animal and the oldest known dolphin in any zoo or aquarium, the data we are able to collect from her not only helped us care for the other (dolphins who are older than 40) that live here, but it also provides data for researchers studying free-ranging dolphins to compare and contrast.

Because of renovations, a community celebration of Nellie’s birthday was put on hold. The project, which will create better viewing of all dolphins, is expected to be finished in three weeks. 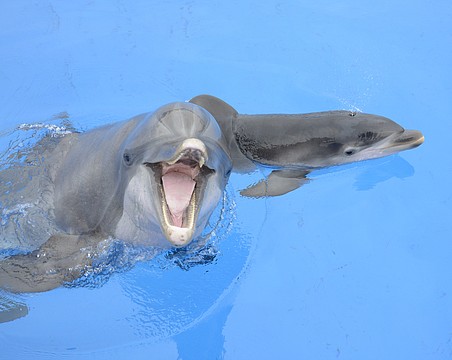 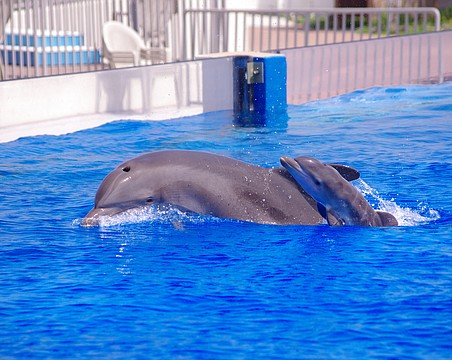 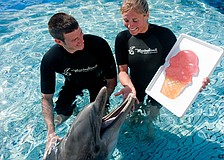 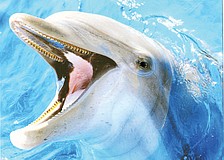 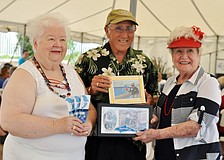 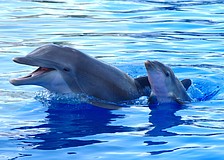 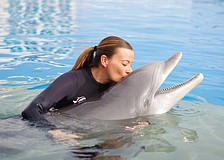