Superintendent Janet Valentine took most of the May 17 workshop responding to 41 budget-reduction options, as suggested by the teachers union, as well as staff suggestions submitted through the board’s online comment box.

“There are so many rumors and stories going around about excess,” said John Fischer, School Board member, applauding staff’s efforts in reviewing and refining spending practices.

Valentine’s overview was meant to clear the air.

She started with staffing, explaining that the current formula is being enforced through “managed attrition.” There are minimal excesses, she said — mostly in support staff — but the board has been working on these formulas for six years. She remained confident that Flagler’s staffing numbers mirror those of other Florida schools.

The board also discussed the proposal to purchase textbooks less frequently.

“I feel … that if we just skip the adoption of (new) textbooks … that we are going to be putting ourselves behind,” Valentine said, citing new state and county standards.

However, the district is reducing book cost by moving more toward electronic materials in next year’s science curriculum. Only required replacement texts will be ordered, saving the district $20 per student, or $161,520.

The district will also save by cutting two curriculum specialist positions from the district office, as well as two Advanced Placement positions, based on formula. Including benefits, those projected savings amount to $327,214.

The presentation also mentioned cost-saving endeavors the board is already entrenched in, including lowering the lighting in all schools but Indian Trails.

A committee has been formed to explore generating revenue through advertising on buses and in sports complexes.

In response to the teachers union’s proposal to relocate Phoenix Academy into Indian Trails, Valentine said that was not possible because the board already signed into a three-year deal with the charter school. Reductions have been made there, too, in the number of students, bus routes and school-day length.

As for elective, music and athletic programs, there’s too much at stake to cut them, or make them pay-to-play, she said.

“If it’s a program that serves our students, we will continue with that service,” Valentine announced. The next union bargaining session will occur May 24. 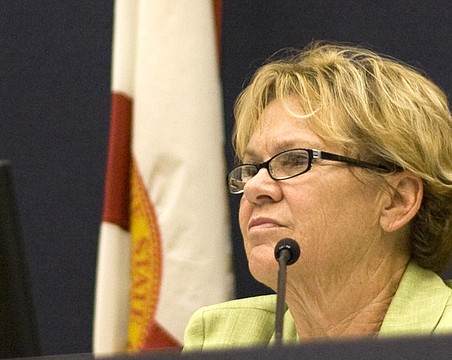 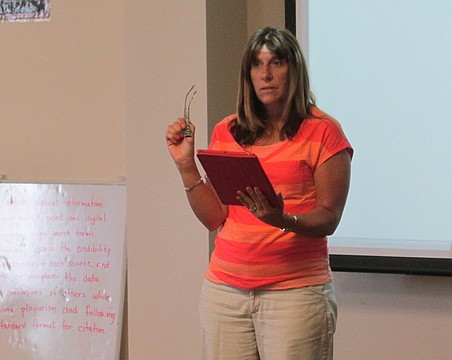 Proposal would give laptops to all high school students 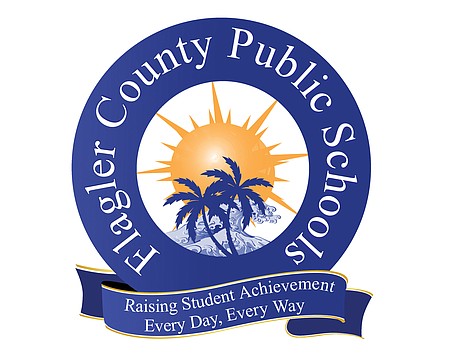 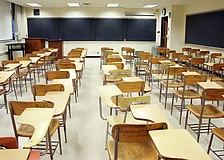 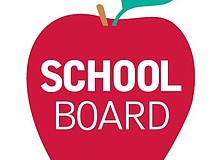 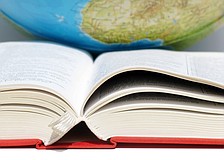 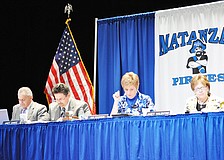 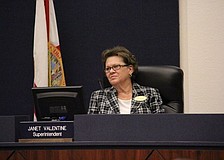 School Board faces criticism over cuts