Beckett named Artist of the Year

One of his students once said, “If there’s rust on it, Mr. Beckett is going to take a picture of it.”

But architectural photography is just one of Edson Beckett’s strengths as an artist. And for that versatility he has been named the Gargiulo Art Foundation’s 2010 Artist of the Year.

“I didn’t expect to get it,” Beckett said. “It means a lot. Of course, it means that you’re appreciated, and I think that everybody in every fi eld wants to feel appreciated.”

“That award was really special because not a lot of art teachers get that kind of award,” Beckett said.

The Gargiulo award is different from the teaching award because not only is it a different set of peers, but it acknowledges his talent as an artist.

“For them to be appreciative of the art that I’ve done here in Palm Coast is special,” Beckett said.

In addition to his graphic design and photography, Beckett is also an accomplished Raku artist. Although he has not created a new piece in four years, his pottery has won numerous awards over the last 20 years.

In preparation for his Artist of The Year exhibit, Beckett has to do something he tells his students to do on a daily basis: critique and edit.

“My brain hurts right now because I’ve gone through thousands of images trying to come up with something new,” he said.

Beckett has been playing around with scanned images, textures and color schemes while creating collages.

“I probably spent 45 minutes to an hour making the tape on a collage look grungy,” he said.

Beckett admits that like all artists he is still fi nding his style, but graphic design is the direction he wants to go.

However, Beckett said he will always love the classic photograph. Old cars, especially junky, falling-apart cars and buildings are his favorite things to photograph. More than any awards he has received, Beckett said one of the things he is most proud of is what his students accomplish after they graduate.

“The greatest perk of my career as an artist and a teacher is seeing the kids that come through the program succeed in art — making careers out of their artistic ability,” Beckett said. “I brag on them all the time.”

Beckett will be honored at a public opening reception 6 to 9 p.m. Saturday, Nov. 13, at Hollingsworth Gallery, 160 Cypress Point Parkway, Suite 210B. An exhibit of his work will continue through Jan. 7, 2011. In addition the Flagler County Art League’s gallery in City Marketplace, the Gallery of Local Artists, in Flagler Beach, will also feature works of art by Beckett. 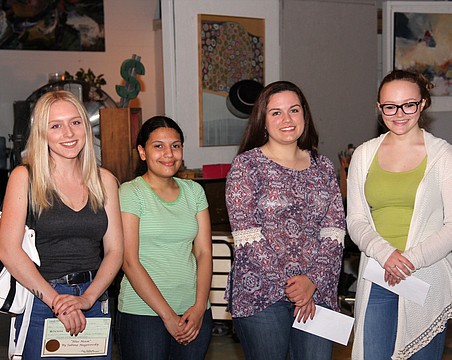 School art for gallery display, not the refrigerator 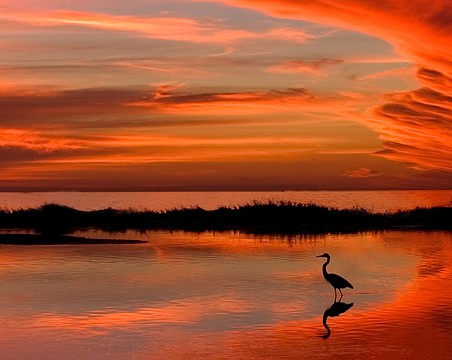 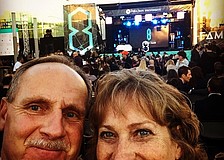 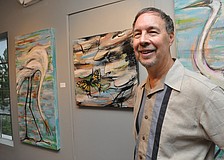 Schreiner: 2012 Artist of the Year 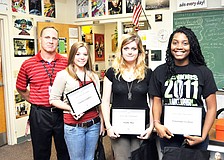 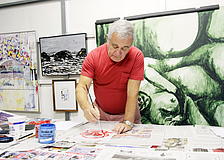 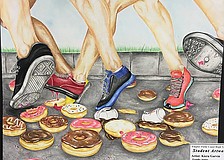