Knighten scored 28 points against his former team; Davis had 13 points and 13 rebounds in his high school debut.

FPC&#39;s Zyquan Neal takes the ball to the hoop. Photo by Brent Woronoff

FPC&#39;s Zyquan Neal takes the ball to the hoop. Photo by Brent Woronoff

Matanzas boys basketball coach Henry Robinson knew Karl Knighten was going to have a big game against his former team. But he didn't think the senior guard was going to connect on his first four shots from behind the 3-point arc.

Knighten went on to score 28 points and hit six 3-pointers — five in the first half — as the Pirates rolled to a 76-54 victory over Flagler Palm Coast on Friday, Jan. 6, at the Matanzas gym.

"We drew up the first couple of sets in the game for Jude (Lukaszewski)," Robinson said. "But after Karl hit that second 3, we said, 'forget about the offense, just go with it.'"

Knighten is one of the top scorers in the state, averaging 27.2 points per game, but he is not normally a 3-point shooter. In his first 14 games, he had hit just 19 shots from behind the arc.

With Knighten on fire, Matanzas opened up a 22-4 lead against the Bulldogs. Knighten said he felt he had a point to prove.

"The whole summer they've been talking crazy about me and about our team, telling us we're not that good," said Knighten, who played for FPC last season. "I just had to come show them."

But the biggest revelation of the game was Matanzas big man Alex Davis dominating near the basket. The 6-foot-8 freshman was making his high school debut after recovering from a broken tibia, which he sustained in an AAU game last May.

Davis finished the game with a double-double of 13 points and 13 rebounds.

"He grabbed a lot of rebounds and made it hard for them to get shots off," Knighten said. "He impacts the game in multiple ways. He's going to be special."

The Pirates improved to 6-9 after losing five of their previous seven games. But Robinson said that with the addition of Davis, Matanzas will be a different team heading into the last month of the season.

"With Alex on the court, it changes everything," Robinson said. "It allows (guard) Roman Martin to pressure the ball. If he gets beat, we have Alex back there guarding the basket. With Alex inside, Jude can play out on the perimeter more. And he's not even in shape yet. The way he looked tonight, that's not Alex at his best."

"We knew they were going to try to press," Robinson said. "We told (the players) at halftime that they're going to give us their best shot in the first two or three minutes. 'Let's weather the storm and close it out.'" 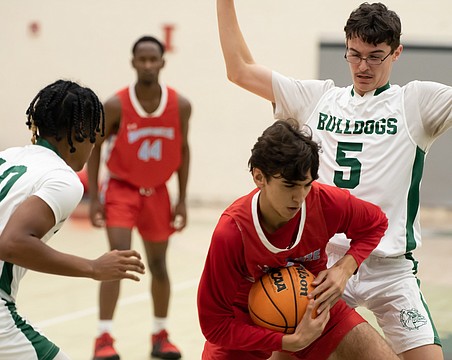 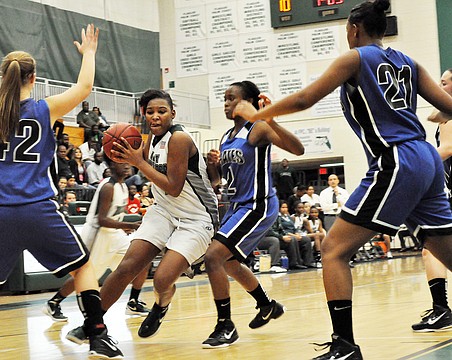 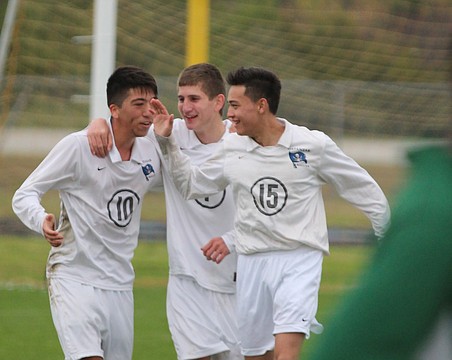 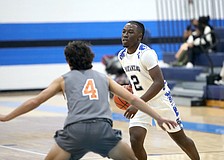 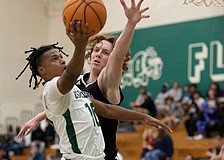 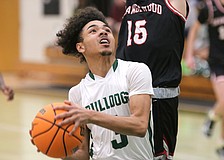 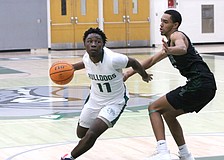 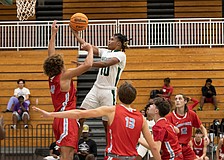