As Ian moved through Florida, Tomoka Estates residents on Shockney Drive watched the water rise in their homes.

Tomoka Estates resident Marcia Marion made the decision to stay in her house at Shockney Drive during Hurricane Ian.

“They were terrified for me,” said Marion about her family.

Marion’s house sits in between the Tomoka River and a canal that runs into Tomoka Estates. Residents use it to dock their boats and access the river for fishing and other recreational activities. The day the hurricane hit, the bodies of water had merged.

“This whole area smelled like gas,” said Justin Washington, Marion’s son-in-law. “There was so much gas floating in the water, it was crazy.”

As the storm made its way toward the east coast of Florida, the water began to enter Marion’s home. She and her dogs stayed on her bed where the water level was lower than the rest of the house. Even though her power stayed on, she lost cable and; therefore, her telephone service.

“That was the worst part,” she said. “Not being able to talk to anybody. My poor daughter.”

“I consider ourselves very, very lucky to have just this happen. When you see how everybody else is suffering in Fort Myers, it’s so sad to see how people lost everything. My heart goes out to them.”

Washington drove from Jacksonville, where he lives, to help his mother-in-law. The water was so deep, they used kayaks to get her belongings to the car. Marion continues to maintain a positive outlook about the whole ordeal.

“These are things that you have no control over,” she said. “Why would I get upset? I didn’t cause this.”

Kevin Gray, the deputy Public Works director for the city of Ormond Beach, lives a few houses away from Marion. He is also part of the city’s emergency management team, so it was necessary for him to evacuate to work on Wednesday prior to the storm hitting the area. He went back to help his his wife evacuate early Thursday, Sept. 29, and missed the storm’s escalation that afternoon in Tomoka Estates.

“The pool and the dock were all under water,” he said. “You could not see them. My boat was in the backyard and now that the water receded, it’s stuck on the seawall.”

Gray returned Saturday, Oct. 1 to water that was too high to drive through with his pickup truck. He and his neighbors used kayaks to grab anything that was salvageable. Most of them had a 2-3 feet high water line inside their homes.

Tomoka Estates was mostly marshland that was filled in for construction in the 1960s, said Ben Bartlett, Volusia County public works director.

It's an extremely low-lying area that is subject to sunny day flooding during high tide event, though that mainly impacts the road, he explained. Several houses at the end of Shockney Drive have been raised through FEMA's Hazard Mitigation Grant program as a result of past flooding issues.

Ian pushed one of the highest tides inland ever seen in that area, and the rain event — parts of the county like New Smyrna Beach saw 21 inches of rain in a 24 hours period — compounded the problem.

"This amount of rain coupled with the high tides caused by the storm was just like the worst case scenario for something liike this, and Tomoka Estates and Shockney Drive is one of many places that experienced similar type flooding," Bartlett said.

The county does have stormwater inlets and pipes with check valves that are meant to prevent water from the Tomoka River coming onto the road, but high tides often mean the water is unable to flow as it should, causing road flooding.

Through the county's resiliency planning, they have identified stormwater systems and areas that are subject to impacts from sea level rise, and the county is working to apply for grants this purpose, Bartlett said. Shockney Drive has been identified as one of those areas, and the county is looking at projects to mitigate the effects of seal level rise.

In the meantime, homeowners have the options to either rebuild or retreat, Bartlett said. Choosing to rebuild could mean having their homes elevated through FEMA's Hazard Mitigation Grant program.

"That's not an ideal situation down there just because it's so low," Bartlett said. "Back in the '60s, you didn't have the rules that we have today as far as building your home above the floodplain elevation, building your home above the road, those kinds of things. And so, unfortunately, a lot of those homes see damage in situations like this because those rules didn't exist when they were constructed."

“I’m cleaning up,” he said. “I have a remediation company coming in to help me out but the beds and everything are a total loss.”

“We pay for all the insurance then we have to wait forever for them to get here,” he said.

Anita Adams lives in one of the first houses on Shockney Drive. It is a two-story building overlooking the Tomoka River Basin. She and her husband decided it would be easier to ride the storm out upstairs since he is wheelchair-bound. As the storm hit, they watched as the river covered the islands, their boat dock, yard and finally entered their garage.

“I consider ourselves very, very lucky to have just this happen,” she said. “When you see how everybody else is suffering in Fort Myers, it’s so sad to see how people lost everything. My heart goes out to them.” 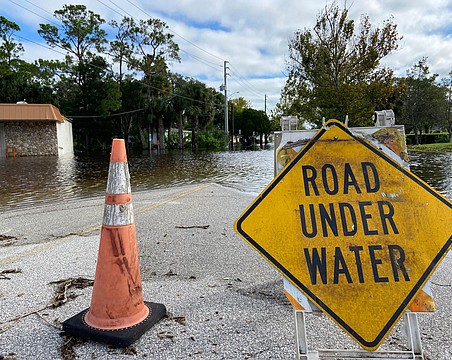 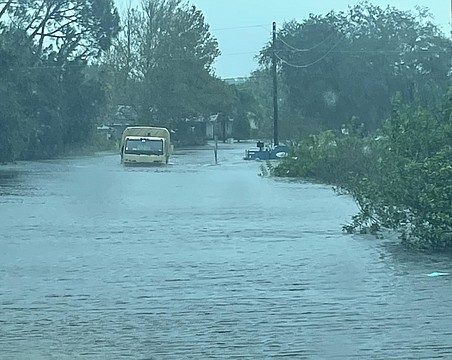 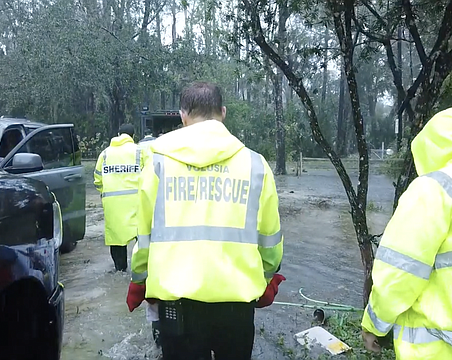 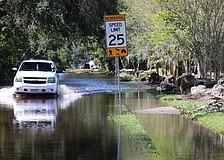 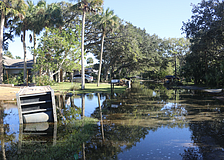 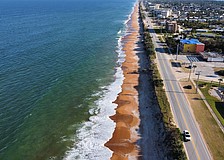 State of our dunes: Volusia is still assessing coastal damage after Ian 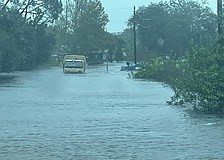 A second man dies in Volusia County due to flood waters 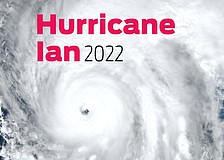