Motown & Mo' show has been entertaining the community since 1998

The annual show will be performed at the Flagler Auditorium on Dec. 3.

Carlos Ann Butler started the Motown & Mo’ show in 1998. It has been going strong ever since.

Over 50 cast members are involved in the show, and a large backstage crew keeps the cast moving.

“We always get a good crowd. The community looks forward to it, because we put them back in time.”

“We always get a good crowd,” said Jimmy Sims, the show’s director and the president of City Lites. “The community looks forward to it, because we put them back in time.”

The show mainly consists of music from the Motown era of the ’60s and ’70s, along with skits and some comedy, Sims said. But it also includes music from the 80s, 90s and 2000s — that’s where the Mo’ comes in.

“I get transported to when I was 16,” said Marva Jones, who is on City Lite’s promotions team and whose husband, William “B.J.” Jones, has been performing in the show since 2007.

“People get up and dance,” Marva Jones said. “They’re doing the work onstage and we’re having a ball in the audience.”

Motown & Mo’ had been staged on the third weekend in October until 2017 when it was moved to December because of the auditorium’s schedule. There was no show in 2018 because of renovation to Flagler Auditorium, and the show was also canceled in 2020 because of the pandemic. It returned last year.

Because the show is now staged during the Christmas season, the final acts are holiday themed, but they are still Motown classics, B.J. Jones said. This year, one act will impersonate the Temptations performing “Silent Night.”

Sims said the cast and crew rehearses for three months. Prior to that, they select the material.

“In between shows, we have a staff meeting. We sit down, download music people hear. We play it, critique it, and decide who might be the person to do this part,” Sims said. “We’re always on the lookout for new material. We try to bring a different slant each year.”

At the beginning of the show, the cast members honor past Motown and Mo’ cast and crew who have passed away during the previous year. This year, they will honor Donna Decina with a song. Decina, an original Motown and Mo’ member, died in September.

The majority of the performers and crew have been involved with the show for years, Sims said. They include retired schoolteachers, doctors and CEOs, he said.

“We’re all volunteers. The majority are retired,” Sims said. “We’re getting old. We can’t make those moves like we used to. But we also have a few young people in their early 30s. Young people don’t usually want to make that commitment. But when we get that commitment, it’s game on.”

Butler, who was a schoolteacher before she retired in Palm Coast, had put on a similar charity show in Peekskill, New York. She died in 2016. Sims took over as director in 2011 and has directed all but two shows since.

B.J. Jones, 79, who is now the City Lites’ treasurer, first saw the show in 2006 when it was at the Ormond Beach Performing Arts Center and the troupe performed three shows over a weekend.

“I said, ‘I have to get in that cast,’ I had done some choir singing and a little community theater when I lived in Cleveland. I've always enjoyed singing,” he said. “I told (Butler), 'I’d like to join your cast,' and she said no. But the next year, Jimmy Sims called me and asked if I was still interested, because one of the performers was sick.”

B.J. Jones sang Wilson Pickett's “Mustang Sally” that year. This year, he will be performing a Ray Charles song. He will also be one of the Pips when Ruthie Sanders performs as Gladys Knight. 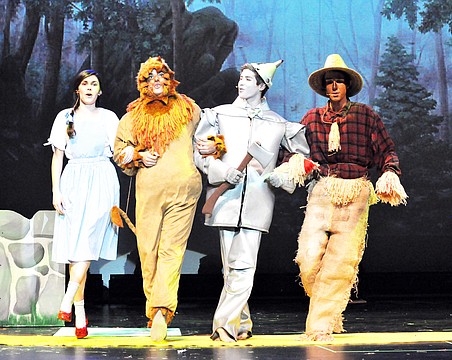 FPC theater: 'We're off to see the wizard' 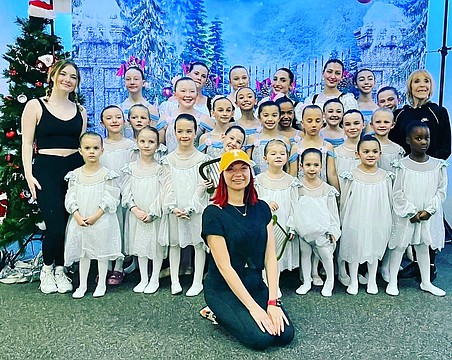 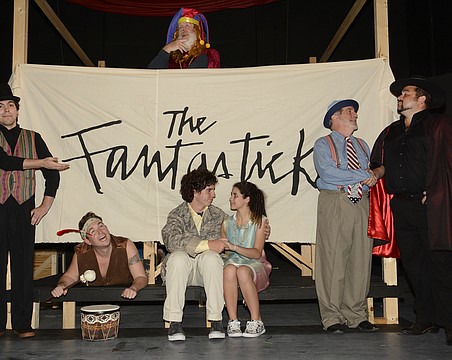 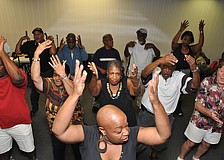 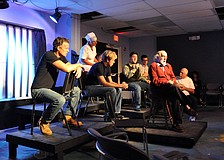 CRT presents 'One Flew Over the Cukoo's Nest' 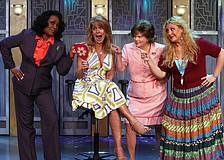 Menopause: celebrating woman and giving back 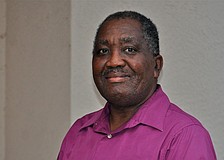 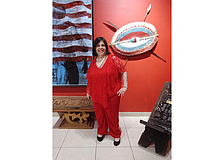