After a tabulation error was corrected, the team was surprised with the trophy on awards night.

FPC&#39;s female and male teams with their trophies from the National JROTC Fitness Challenge Championship in Daytona Beach. Courtesy photo

FPC&#39;s female and male teams with their trophies from the National JROTC Fitness Challenge Championship in Daytona Beach. Courtesy photo

When instructors Lt. Col. Melvin Baskerville and Master Sgt. Gardner Holland were informed a few days before the school's Air Force JROTC awards ceremony that the FPC team had actually won the championship, they decided to surprise their team.

They presented the trophy at the April 30 awards ceremony.

"It was a great surprise for me to find out," said team captain Jada Stanford.

"Nobody knew," senior Giva Clavizzao said. "This was my last competition, and I wanted us to get first place. At the awards ceremony, we found out we did win the championship."

A tabulation error had the girls leaving the competition thinking they runners-up for the second year in a row. Last year, they lost the title by five points after they were penalized 15 seconds because of an obstacle course violation.

"Everyone motivated each other. Our teamwork played a big part in us winning."

That made the surprise even sweeter.

"We worked very hard for the entire year for that trophy," junior Ava Houstoun said.

There were 41 female teams in the competition. The five events included a 5K beach run and the obstacle course on the beach behind the Plaza Resort & Spa, and a power throw, flexed arm hang and standing broad jump at the Ocean Center. In the 5K race, the team had to finish together, all holding hands.

"Everyone motivated each other. Our teamwork played a big part in us winning," sophomore Kaylee Nevico said.

The other members of the team were Jerica Pitts, Genesis Epstein, Amelia Rowicka, Mia Nilsen, Madilyn Winternheimer, and Kaylee Briggs.

"This was the fourth year of the competition, and each year we made improvement," Baskerville said. "They've come a long way. I'm very proud of them."

In the male division, the teams do pull-ups instead of flexed arm hangs, and in the 5K, they carry poles. 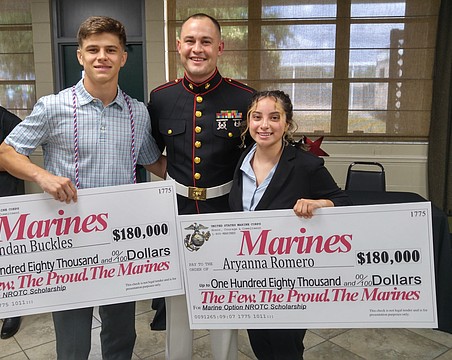 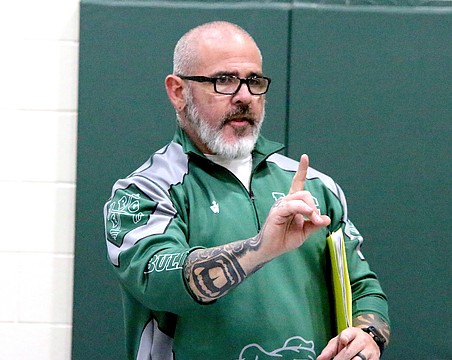 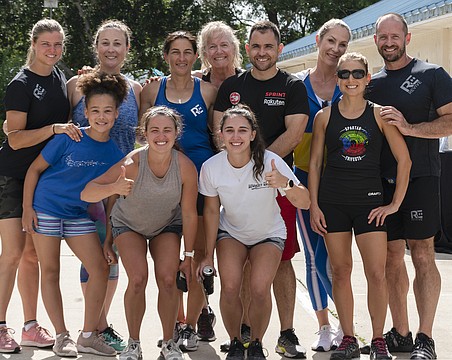 Max effort: MaxFit Games competitors train for a cause 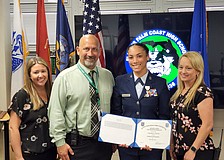 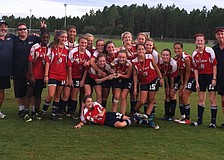 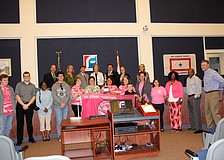 Belle Terre Elementary in the pink 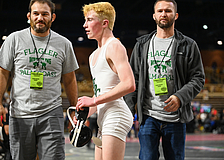 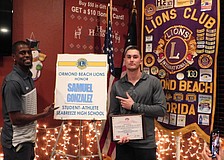