Flagler County’s Future Problem Solvers excelled once again at the state competition on March 20-23 in Orlando. Ten groups and individuals were invited to the International Competition, June 8-12 at the University of Massachusetts Amherst. Many others placed at the competition.

This year, the international competitors can attend either virtually or in person. Here’s a look at the locals who earned international invites:

Isabella Colindres of Flagler Palm Coast High School finished third in the Senior Division in Scenario Writing and second in Scenario Performance. She earned International Competition invitations in both categories.

Since she was in fourth grade, Colindres has competed in every Florida Problem Solver component, said FPC media specialist Sarah Rechenwald.

Matanzas High School’s Ben Kopach is a two-time International Grand Champion who is headed to the International Competition for the fourth year in a row, this time as an individual, where he finished first in the Senior Division. His project this year is The Full Experience, which aims to get more ESE students involved in sports and other after-school activities.

“Seeing the joy on her face to take part in these activities made me think that more kids could participate in clubs and sports that are not usually offered to them.”

“Seeing the joy on her face to take part in these activities made me think that more kids could participate in clubs and sports that are not usually offered to them,” Kopach said.

He contacted ESE teachers, school coaches, club advisers and parents and helped arrange the logistics. As a result of the project, 15 to 20 ESE students at the school are now involved in activities from the culinary program to student government. Many are involved in more than more than one activity, Kopach said.

The objective of the project is to increase pet adoption and awareness, working with the Flagler Humane Society.

Project HELLO (Helping Everyone Leave Loneliness Out) placed second. Ava Anderson, Anna Buck, Alexis Thompson and Karolyn Whitney helped get students to break out of their shells with icebreakers and Would You Rather games on cafeteria screens and posters in hallways. Share a Smile coins are meant to be shared with someone you don’t know. “And then you make a friend,” Anderson said. The group passed out 400 coins at the competition. 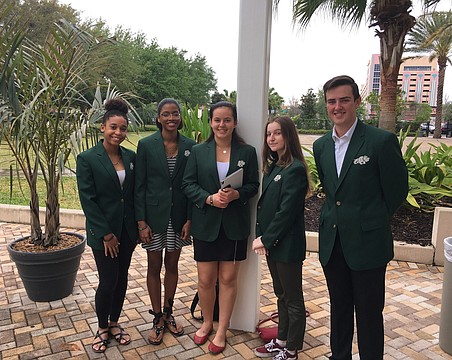 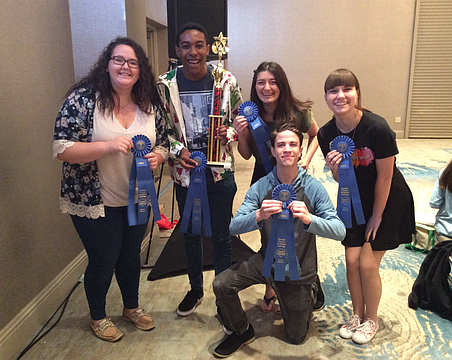 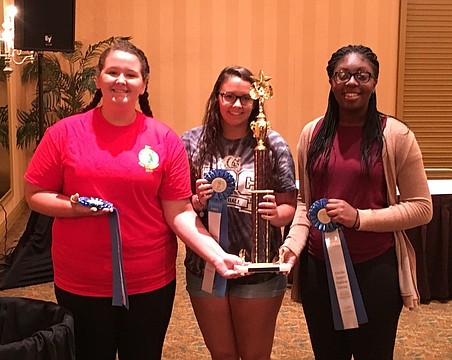 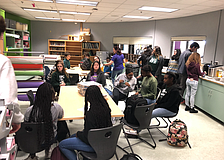 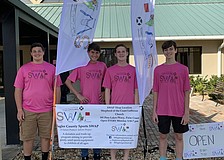 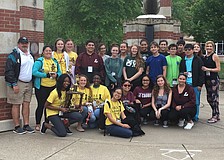 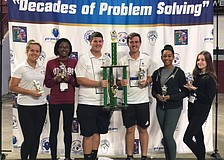 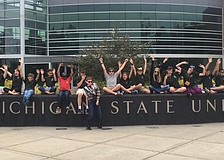