The ordinance would limit each council member's ability to speak per agenda item.

The Volusia County Council passed a public meeting ordinance at its meeting on Tuesday, Sept. 7, that will limit each council member's ability to comment to two 10-minute periods per agenda item.

Though the overall ordinance passed 6-0 (Councilman Fred Lowry was absent, as he is currently hospitalized with COVID-19), Council Chair Jeff Brower and Councilwoman Heather Post opposed a motion to include the limit in the ordinance. Robert's Rules of Order, the parliamentary procedure followed by Volusia County Council, outlines the limitation of allowing a member to speak no more than twice for a total of two 10 minute periods, but it is a rule the council has not followed in the past. The 10-minute periods do not take into account questions asked by council members, nor motions made.

Councilwoman Billie Wheeler made the motion to clarify this in the ordinance, which was met by disapproval by Brower.

“I think it’s dangerous to limit the amount of time a council member can speak or represent her or his constituents," Brower said. "It doesn’t happen very often that it goes longer than that, but in the rare cases that it does, I think we’re on dangerous ground.”

The council does have the opportunity to extend a council member's opportunity to speak for a longer duration, but a motion must be made and approved by the majority of the members, an action Brower said he did not see happening if the majority was voting now to limit the length of time.

Councilman Ben Johnson said the idea behind the limit is to prevent meetings lasting 10 hours when they should last closer to five hours.

“It’s worked everywhere else in the country," Johnson said. "There’s no reason it can’t work in Volusia County too.”

Councilwoman Barb Girtman said she saw it more as being thoughtful and expressing one's viewpoint and message is a succinct way. It's what they expect the public to do, she added.

“To me, it shouldn’t take more than 10 minutes to do that in the first place," Girtman said.

Council members often discuss key issues with staff behind the scenes, and Post said the point of public meetings is to explain those actions to their constituents.

But the majority of the council saw the matter differently. Councilman Danny Robins said the time limits are meant to prevent "filibustering."

“We have to make sure that we are effective and efficient in how we run this body, and doing it in a timely manner," he said. 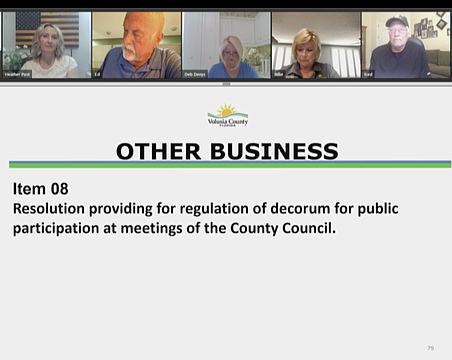 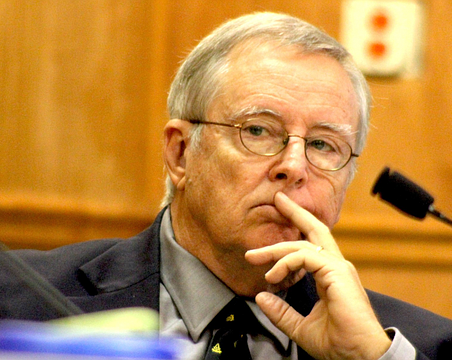 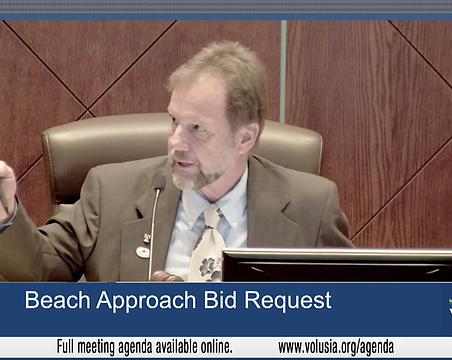 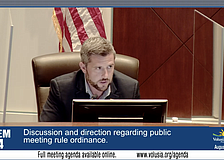 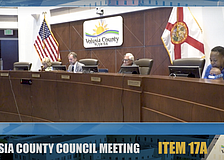 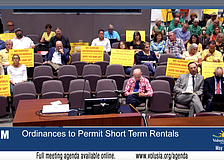 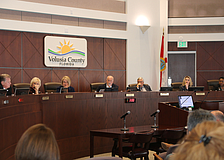 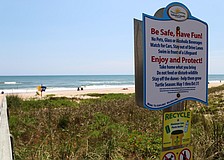