It was the gentle nudge of his grandfather that pointed Michael Lagasse toward a career in Land Management after spending much of his early 20s working on shrimp boats, going to college sporadically, working in the restaurant industry, and surfing whenever he could.

“It’s not like we ever had long conversations about what he did, so it was a little bit by example,” Lagasse said of his late grandfather, “Papa” Bob Lagasse (1929-2010), who – following a Naval career as a cryptographer, a stint at Cape Canaveral as an agronomist, and a career as a real estate broker – worked as the senior land acquisition agent at the St. Johns River Water Management District from 1989 until 1997.

“He knew of my environmental consciousness,” said Michael Lagasse, who was recently promoted to Public Lands and Natural Resource Manager. “He knew I like to live, work, and play outdoors. He was trying to inspire me knowing who I am, so he suggested that I focus on college in an environmental field. He had seen the work the Water Management District did and figured I’d like that type of work.”

Michael Lagasse pays homage to his grandfather by prominently displaying in his office a poster created for his retirement – titled Lagasse’s Legacy – that depicts the properties he purchased within the St. Johns River Water Management District during his tenure. Though most of the 123,635 acres of property, development rights, or conservation easements the elder Lagasse purchased for the district are outside of Flagler County, he was involved with the acquisition of a portion of the county’s Haw Creek Preserve.

“During his time at the St. Johns River Water Management District, there was a bit of misunderstanding about its mission to acquire lands in service of protecting water resources,” Michael Lagasse said. “As I understand it, Papa had a unique ability to develop rapport and trust with landowners so that they and the district could agree on mutually beneficial arrangements when approaching a land deal.

“Sometimes the benefit to the landowner is keeping their livelihood on the land and simultaneously, the benefit to the district would be to pay the land owner for the development rights instead of fee-simple title to the land, he continued. “I have heard stories of how he would help a farmer to understand the benefit of selling conservation easements, which would allow them to continue to run their farm while preventing the transformation of the property to a housing development in the future. So many folks feel connected to their property, and are able to see the benefit of selling some of those rights away while keeping their core interests intact on the property. It really can be a win-win.”

When Michael Lagasse, who was born and raised in St. Augustine, headed off to college he thought ecology would be the focus of his study.

“You know, bugs and bunnies as they say,” he quipped. “I got sidetracked by an advisor from my ecological work, and ended up getting a degree focusing on environmental chemistry and pollution control in the Environmental Studies Department from the University of North Carolina at Asheville.”

It wasn’t a direct route that brought Michael Lagasse to Flagler County but a “nice circle” that landed him here in September 2011. Having worked in environmental consulting, ecotourism, and for the State of North Carolina, and for Alachua County in Florida, his experiences have been varied and useful for his position at Flagler County. It is beneficial to have a broad background in everything from pollution cleanup to ecological data collection, as well as public education.

“What I like best is developing capacity to effect change. A lot of our ecosystems – like at Princess Place Preserve – were in need of attention when I was hired. And, whenever we can, we pool our resources with outside agencies to best provide for the residents of Flagler County,” he said. “As a result, we have been able to build teams within the county, and with the assistance of outside agencies, to help manage the resource. Now that it’s been 10 years, it’s rewarding to see the effects of the work that we have spearheaded with the help of our partners.”

“We work with a citizen advisory group (Land Acquisition Committee) to identify and categorize properties considered to be environmentally sensitive,” he said. “We also try to work with our partners to leverage the Environmentally Sensitive Lands funding that our citizens voted to make available for this purpose.” 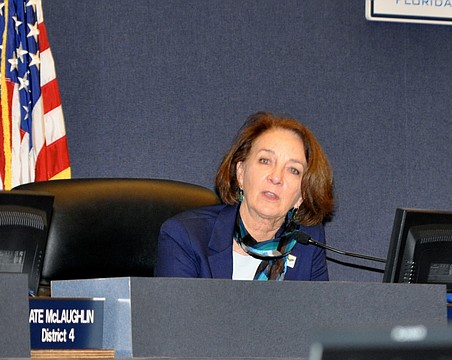 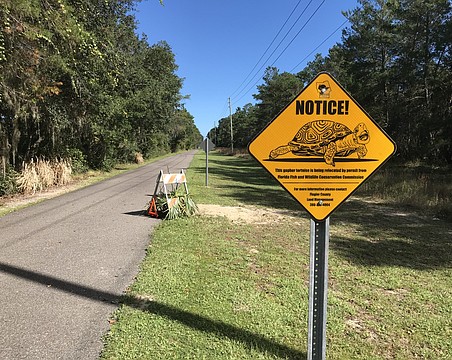 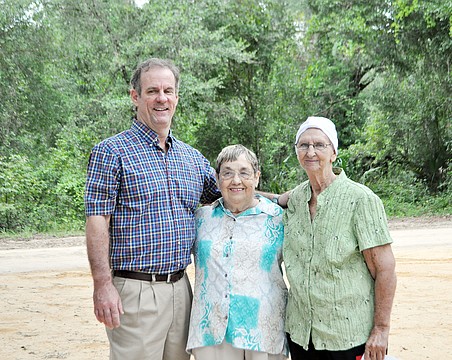 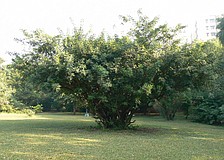 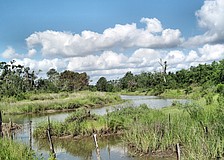 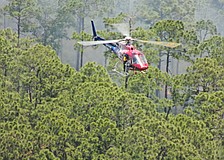 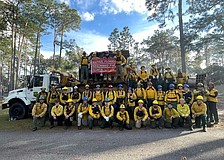 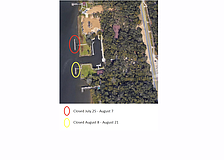