Reflections that make an impression: A Palm Coast photographer's journey for truth

Ed Siarkowicz was Ocean Art Gallery's featured artist for the month of October.

For five years, Palm Coast artist Ed Siarkowicz traveled across the state of Florida searching for God in reflections in water.

Accompanied by his mentors — photographer John Olivo and the late Pierre Matisse, grandson of French artist Henri Matisse — the trio looked in lakes, ponds, drainage ditches and even puddles looking for images that reflected beauty. Most of the time, part of the search involved a lot of patience.

With the surface of the water as Siarkowicz's canvas, his job as a photographer was to wait until all the right conditions: The wind, light, bubbles, debris, frogs and even turtles. They all create the texture and patterns on the water canvas, and only when they all aligned, did Siarkowicz press his camera's shutter button.

“That’s the thing that’s worth waiting for," he said.

Siarkowicz has since put together 28 images from his impressionistic water reflections photography, all which will be published in his upcoming book titled, "Majestic Reflections." He released part of his collection that was displayed at Ocean Art Gallery in Ormond Beach as the gallery's featured artist for the month of October.

Siarkowicz said he expects the book to be released in January. About half of the images in "Majestic Reflections" are from locations in Flagler County, including Bull Creek in St. Johns Park, Town Center, the Hammock and Washington Oaks Gardens State Park, he said.

Originally from New York, Siarkowicz grew up on a dairy goat farm surrounded by photography. His grandmother often took him with her to take photos, and the pair spent a lot of time together, whether Siarkowicz was the subject of her photos or whether he was helping her see something through a different lens.

At 15 years old, before he had a license to drive, he got his commercial fishing license and a boat. When he wasn't fishing, he was going door to door selling items for his Cub Scout pack, an act that eventually led him to win his first camera.

From that point on, photography wasn't just something he grew up around — it became a part of him.

Upon his retirement from chiropractic in 2013, six years after he moved to Palm Coast, he decided to dedicate himself to his art. One of his former patients, Olivo, had been a professional photographer in Manhattan, and once he took a look at Siarkowicz's work, he told him he needed to show it to the public.

Frank Gromling, owner of Ocean Art Gallery, gave Siarkowicz his first chance to do so in 2014 at his former Flagler Beach gallery.

After a show a couple years later, Siarkowicz was invited to Matisse's house for a party, and the two became good friends. That's when Matissse introduced him to the concept of impressionistic water reflection photography. With not a lot of information about the art method available, Matisse invited Siarkowicz to join him on his journey.

“It wasn’t so much the image that we were looking for," Siarkowicz said. "We were actually on a search for finding God, and for finding His presence and His revelations with the beauty that He creates, in totally unexpected places.”

The images represent Siarkowicz's personal search for meaning, understanding and a relationship with God. And the biggest compliment he's received came from someone who grasped that during the opening reception held at Ocean Art Gallery on Oct. 2.

“There was one person that said, ‘I really see God in this,’" he said. "To me, that is the most impactful compliment — when somebody sees in my work what I went out there to find.”

The first day that Siarkowicz began practicing impressionist water reflection photography occurred at Matisse's home. Matisse lived near a lake, and the two

went out there to take photos of a bird's reflection on the water. Once in position, Siarkowicz heard Matisse's camera click once, and then about a minute later, click again.

He, instead, took a burst of photos, startling his mentor.

“He said, ‘One shot. Take one picture,'" Siarkowicz recalled.

Every shot in the collection is unaltered. They are merely what Siarkowicz was able to capture through his camera lens, and in his journey for truth, portraying the surfaces of water as they were when he first saw them was critical, he explained. It's taught him to stay openminded when it comes to finding art.

“Because I think sometimes, out of the most unexpected, disorganized chaos, come the greatest truths," Siarkowicz said. 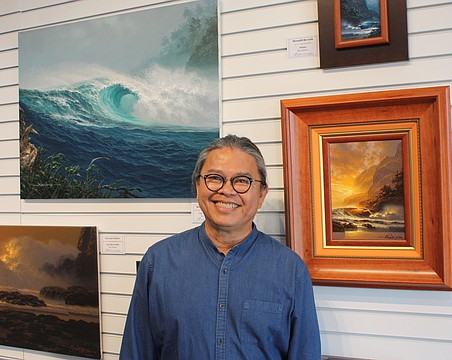 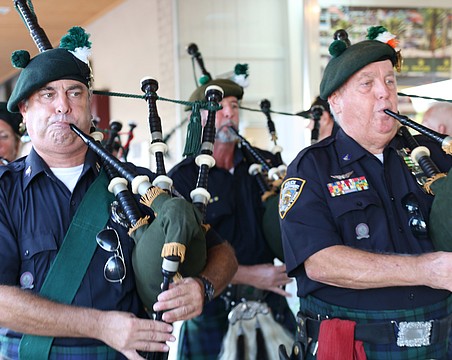 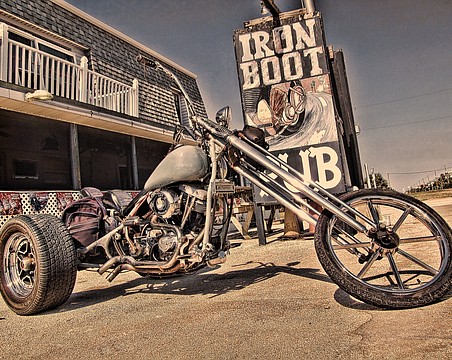 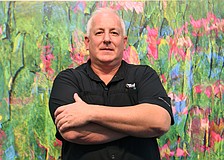 Reflections that make an impression: A Palm Coast photographer's journey for truth 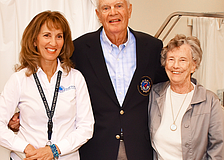 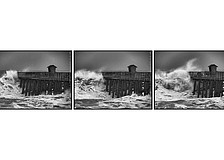 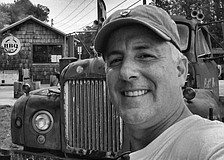