'Get out and help pull the wagon': Q+A with David Lydon on duty, war movies and littering

Lydon has been the Flagler County Veteran Services Officer for the past five years.

The best way to thank a veteran is simply by appreciating your freedom, David Lydon says.

As the Flagler County Veterans Services Officer, Lydon spends his workweek helping veterans in a specific way: applying for benefits they are entitled to from the U.S. Department of Veterans Affairs. While at car shows, where he likes to show off his antique Jeep, Lydon says he’s often surprised that veterans who have been home as civilians for 50 years still don’t receive all their benefits.

How to get help

Visit the county’s Veterans Services Office at the Government Services Building, 1769 E. Moody Blvd., Building 2, Suite 108, in Bunnell. You can also call 386-313-4014. “We’ll devote the time to you and find out what benefits you might be eligible for,” David Lydon said.

Lydon, who enlisted in 1985 in the U.S. Air Force and is still an active reservist, spoke with the Palm Coast Observer recently about duty, war movies and the Gettysburg Address.

It keeps your community that much more patriotic. The veterans share those experiences from the military, and the military certainly instills in you that patriotism. The organizations — the VFW, the American Legion, the Disabled American Veterans — are filled with veterans. Some of their attendance is diminishing; we’d like to get some younger people to start joining these organizations, to keep that red, white and blue going.

If a young person is thinking about the military now, but is afraid of someday going to war, what would advice would you give?

I have two sons of my own who went through Embry-Riddle Army ROTC, and they both became commissioned officers in the Army. My oldest son, went to Iraq and my youngest son went to Afghanistan.

My wife and I — people ask us that: How do we feel about our two sons going to a war zone? We just have faith that God will watch out for them. That’s what we believe. And they came home safe, fortunately.

"How do we feel about our two sons going to a war zone? We just have faith that God will watch out for them. That’s what we believe."

I would not shy away from military service. I know the last 20 years might dissuade some parents from encouraging their kids to do that, but from my perspective, from my sons’ perspective, military service has taught us a lot. It’s really the backbone of my whole life, to this day.

What’s something it has taught you?

I’ve had so many mentors over the years. It’s taught me everything from financial literacy to leadership skills and camaraderie and teamwork, and service before self. My sons saw that and learned that, and that’s the men they’ve become, too.

What does the word “duty” mean to you?

Duty means we all have a responsibility to make our houses better, our communities better, our country better, and not just sit on the sidelines and watch everybody else do it. I always say, “Don’t sit in the wagon; get out and help pull the wagon.”

Duty is being part of society and making this country great.

Do you watch war movies?

I don’t make a habit of watching them. They’re full of Hollywood. That’s the nicest way to put it. (Laughs)

I’m a retired police officer, too, and I don’t like to watch police movies. My kids all laugh and my wife laughs, and they say I can’t watch a movie and enjoy it. They don’t like watching movies with me.

What is a saying that you learned in the military that you still use in your day-to-day life?

The Air Force has its core values: Excellence in everything you do, service before self, and integrity first.

Are veterans always altruistic? I’m retired once already. When I first came to Flagler County eight or nine years ago, I got immersed in the veterans community, the VFW, the American Legion, and then I was made a member of the Veterans Advisory Council for the county. I wasn’t the veterans services officer then. I had gotten my real estate license and was just playing with that because it was something different that I had never done in my life. I was always security or law enforcement, so I wanted to try something different.

But as part of the veterans community, someone said when Sal Ratigliano, my predecessor, was retiring, “David, why don’t you put in for the job?” So I did, and here I am five years later, still doing it. I do it because I want to be in there, not because I have to be in there.

It’s not entirely altruistic — the county does pay me to do it — but I could be doing other things.

This is such a good fit for me. I love to come in every day to help people.

I’ve spoken with 80-year-old men who think of themselves as veterans first, even though they might have served for a relatively short period of time, say one or two years. What is it about military service that defines your identify forever?

Especially if they’re in their 80s and 90s, they’re either veterans of World War II or Korea.

I’m 56, so I’ve lived a little bit on this earth, and I’ve talked to a lot of 80- or 90-year-olds. At some point, as the sunset years are coming, you want to reflect back: Did you have a purpose? And one of your greatest purposes is serving your country.

In the Gettysburg Address, Abraham Lincoln said of the battlefield: “The brave men, living and dead, who struggled here, have consecrated it.” What do you think he meant by that? What is he saying that is “sacred”?

They’ve sowed the seed and fertilized our soil for the freedom that we enjoy still today. So we should appreciate every time a veteran serves, especially when they’ve given their life so that we can enjoy the life we have.

In “Veterans On Point,” our show on WNZF, we talk about an event in history for each day of the week for our broadcast, to remind people where we came from. We’re great, but we’re not perfect; we have blemishes. We don’t hide any of our history on our show.

How can we better serve our neighbors who are veterans?

You can do simple things. Man, I detest littering. So don’t throw your garbage out the window. Treat other people with kindness — no road rage. Just be a great person. Be a great American, and appreciate your freedom. That’s all veterans really care about. Show that you deserve it and that you appreciate it. 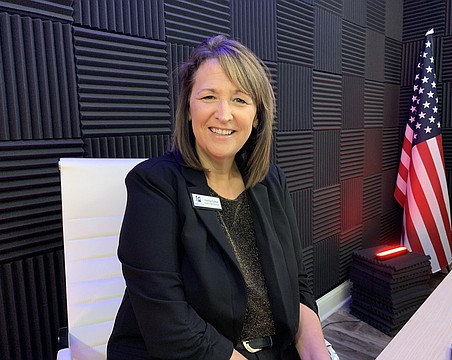 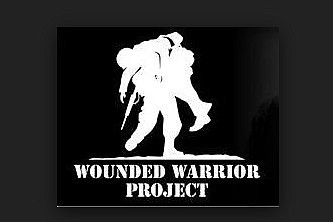 OPINION: What really matters to veterans 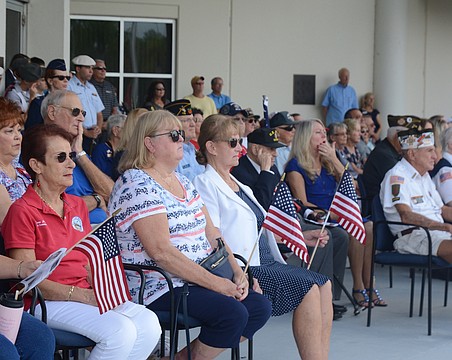 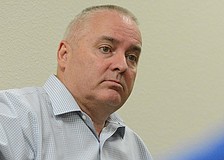 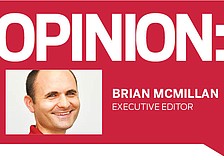 A 'Star Wars' tale: the popcorn, the spoiler, the mind trick 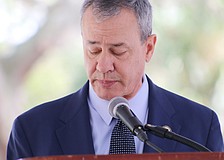 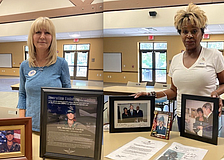 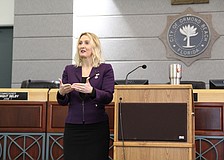