FPC&#39;s football team runs onto the field for its game against Matanzas. Photo by Ray Boone

FPC&#39;s football team runs onto the field for its game against Matanzas. Photo by Ray Boone

The barrage began early in the first quarter.

Matanzas’ defense stopped Flagler Palm Coast’s offense on third down, but the Bulldogs decided to go for it anyway.

Facing fourth-and-7, the Bulldogs' senior quarterback, Donovan Montoyo, lofted a throw deep down the left side of the field, the ball falling into the hands of receiver Jonathan Richard for a 36-yard touchdown — the first score of the game.

The Bulldogs rotated quarterbacks throughout the contest, with sophomore backup Preston Roberts taking command of the offense every other drive.

"We've been preparing for this moment. This was the seniors' last time ever playing in this rivalry, so we wanted to make a statement — not only toward Matanzas but for the rest of our opponents. We wanted to let them know that we're going to come out firing every time."

After leading a drive that resulted in a 1-yard touchdown run for running back Marc Genis, Roberts found a wide open Ty Graham for a 70-yard score to open the second quarter.

“Thank God they’re on our team,” FPC head coach Travis Roland said. “Thank God we don’t have to coach against them, and thank God Matt Johnson is our offensive coordinator. When you play us, you know it’s going to be a dog fight.”

FPC’s offense — which returned most of its starters from last season, including an experienced offensive line — was explosive against the Pirates.

The Bulldogs were bolstered by the additions of big-bodied receivers Richard (6-foot-3, 190 pounds) and Altarik Lumkins (6-foot-1, 207 pounds). Richard transferred from Mainland before the start of the 2018-19 school year. And Lumpkins had never played offense prior to Friday night. He contributed mostly at defensive end for the Bulldogs last season.

However, he was one of the quarterbacks’ favorite targets, hauling in 4 receptions for 71 yards and two scores.

“I never thought I’d be able to play offense because of how big I am,” he said. “But we found a way.”

A true No. 1 receiver is something the Bulldogs have lacked the past few seasons. Now, it appears they have at least two.

“Just to know that we have those kind of athletes on the field definitely gives us an advantage,” Montoyo said.

But despite the big-time throws, the acrobatic catches and the hard running, each of the Bulldogs’ skill players gave credit to the offensive line.

“Me and Preston, we give all of our thanks to the offensive line,” Montoyo said. “They were on fire tonight, and I’m so proud of them.”

And perhaps one of the biggest question marks entering this season for FPC was how the Bulldogs were going to replace 10 starters from last season’s defense.

Senior linebacker Tobin Hackett made the first start of his career on Friday night against the Pirates.

He was nervous in the locker room before the game, but by the opening kickoff, he was ready to go.

“We were going to win regardless,” he said.

FPC’s starting defense gave up one touchdown to the Pirates: a 70-yard option run from Tristian Williams as the first quarter expired. (Williams would score on a 34-yard run at the end of the third quarter against the Bulldogs’ backups.)

“We lived past the standards that everybody thought we were going to play to,” said Hackett, who recorded two sacks. “As long as we stay together, we’re going to win football games all year long.”

Up next for the Pirates

It was FPC’s third straight win over the Pirates, but many of the Bulldogs’ players were already turning their attention to the next game: FPC squares off against Clay at 7 p.m. Friday, Aug. 30, at FPC High School.

“[Beating Matanzas], it’s nothing big,” Lumpkins said. “We’ve got other fish to fry.” 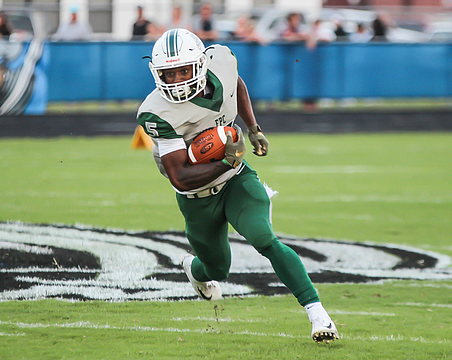 Making a statement: Bulldogs shut out Matanzas in season opener 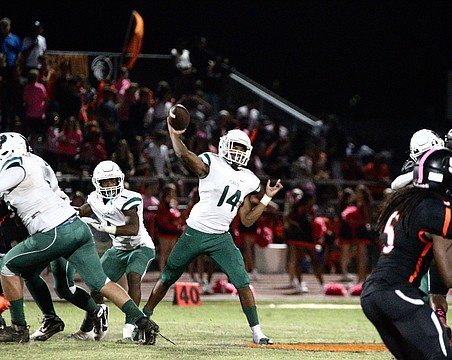 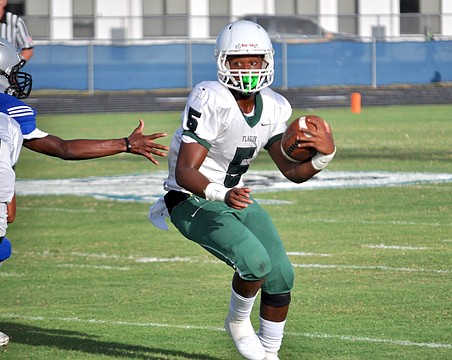 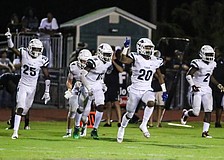 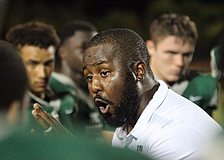 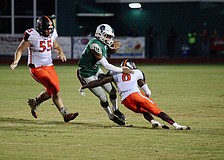 'We had to hit them in the mouth': Bulldogs knock down Hawks in district clash 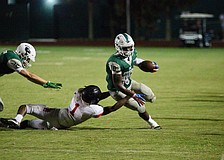 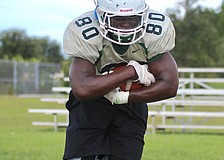