The Florida Department of Environmental Protection has issued a warning letter to Flagler County because the county did not properly notify DEP before it demolished portions of the old Memorial Hospital Building, which had “possible” asbestos, according to the letter.

The county demolished portions of the old hospital building and remade other portions of it into the new Flagler County Sheriff’s Operations Center.

County Administrator Craig Coffey acknowledged the error and said the county might be issued a fine.

“We’re working with Florida DEP to fill out the DEP permit that we failed to fill out, and for us it’s a resolved issue,” County Administrator Craig Coffey said. “We were happy to demolish the building at the request of the sheriff and the board and get rid of that eyesore.”

Meanwhile, the county has closed the Sheriff’s Office outbuilding for renovations, Coffey said during an April 16 County Commission meeting. There was asbestos in that building’s tile, but it was abated by the contractor, Coffey said.

The roof at the county courthouse has been leaking during certain storms, as has the Super of Elections Office building and the main county administration building, according to county commissioners and staff.

County Commissioner Greg Hansen asked Coffey about the status of the courthouse roof at the end of the April 16 meeting. Coffey said he’d have to get back to Hansen on the issue.

But, he added, “We have certain storms that the roof leaks.”

Hansen said that the clerk of court, Tom Bexley, had pulled Hansen aside and “showed me the water was just running into the office. ... Water is just running in every time it rains.”

County Commissioner Charlie Ericksen asked if Hansen was referring to Courtroom 401, which has yellowed discoloration on its ceiling. Hansen said no: He was talking about the office section of the courthouse.

“We’ve got certain storms that, even in the Supervisor of Elections Office, if it’s strong enough, it’s sideways, it’ll get underneath our roofing,” Coffey replied. “By and large we have very few leaks over there. We had to do a little but of re-roofing at the courthouse, but I will check with staff and see what they’ve got.”

“Yeah, because I would think the phrase ‘very few leaks’ would be unacceptable,” County Commissioner Nate McLaughlin said. “The Titanic had very few leaks,” he added with a chuckle.

Coffey said the county has had roofers over in the past to evaluate leaks, which have also been an issue in County Engineer Faith Alkhatib’s office, which is in the Government Services Building, which houses the county administration and County Commission chambers.

“It’s a certain storm every couple of years that will cause water to get under a certain seal or something,” Coffey said.

“So why can’t we get a re-design on that?” McLaughlin said. “It shouldn’t leak under any conditions.”

Coffey said the county could try to fix the leaks and “take another stab at it,” but that the leaks happen “infrequently.”

McLaughlin said he was concerned that allowing the leaks to continue could lead to more costly future problems. Coffey said he would look into it. 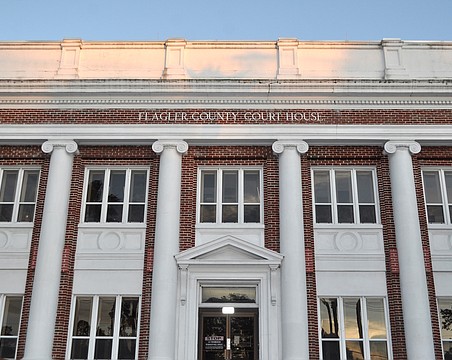 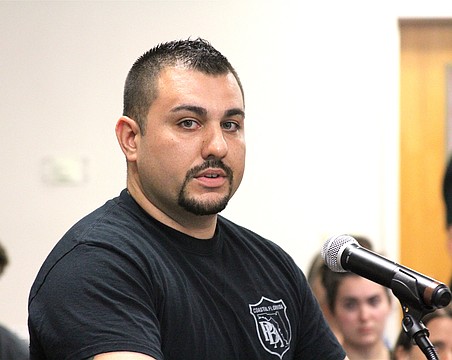 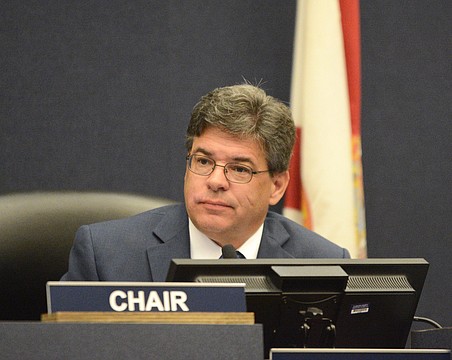 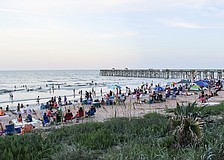 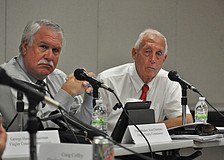 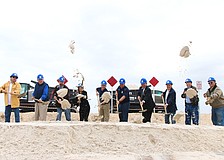 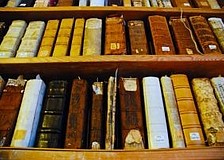 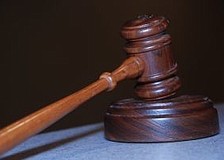