Student actors in the play would be ‘unnecessarily targeted,’ Principal Jacob Oliva said. School Board member Colleen Conklin is appealing the decision, saying it is a ‘defining issue’ for the district.

The Flagler Palm Coast High School drama production of the play “To Kill a Mockingbird” has been canceled because of offensive language and safety concern for students involved. An appeal is under way, with a decision to be made by Nov. 15.

“This is a great piece of literature that is used in our English classes in an instructional setting to provide valuable lessons to our student population,” FPC Principal Jacob Oliva wrote in an e-mail to his staff to explain his decision. “When we discuss controversial subject matter in the classroom, the message and content is handled in a format that allows dialogue, building of background knowledge, and clarification of the message … Unlike the classroom, where we can engage in two-way dialogue, a play format restricts us to a one-way presentation of material.

“ … It would be unfair to put our students into the middle of a highly charged debate that places them in a position where they may be targeted unnecessarily for their participation in the production.”

Superintendent Janet Valentine said Monday, Nov. 1, at the School Board meeting, that the school didn’t want the public coming to the play not knowing what type of language (i.e., the word, “nigger”) was used in the script — language that, while true to its era, can be considered offensive and hurtful.

The School Board does not have a policy for reviewing plays for content — only books and “other material.” The current policy allows for a citizen to appeal through a formal letter. When School Board member Colleen Conklin learned of the rule, she quickly drafted a hand-written letter before the meeting and is leading the charge to appeal the play’s cancellation.

“I think (Oliva) is a great principal — I don’t blame him,” Conklin said in a Tuesday, Nov. 2, interview. “I just feel very strongly that our students, our kids, we as a district — we’re better than this … These are the kind of things that define us a school district.”

Conklin noted that school districts — including Flagler County’s — have read the novel for decades, and FPC even performed the play version of the story in 2002, all because of the message of Harper Lee’s 1960 novel.

“When you finish the book, you’re not thinking about how many times the word was used,” she said. “That was part of the book, part of the movie, but it’s not what defined the message in the movie.”

She said Flagler County and the rest of the U.S. has come a long way, but it still struggles with race relations. The play could be an opportunity for members of the community to “have that conversations that need to be had, and really listen to each other.

“My hope is that (the play) will be shown,” she continued. “I would love to see a panel discussion on opening night, from different generations and with folks from different backgrounds, on the historical context of where they were in their lives, and what that word meant to them. Our generation needs to hear that. It’s part of history.”

Valentine reiterated at the end of the meeting that the reason there was a major problem with this play was the lack of time to make sure that there would not be a negative impact on the students involved — not with the play itself.

Letters to the Editor 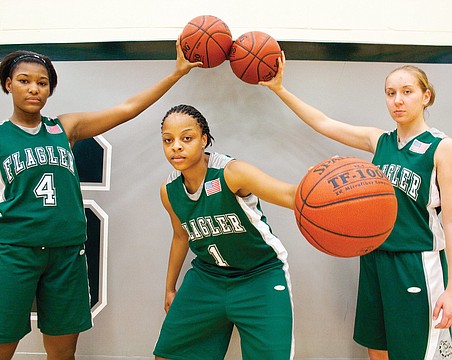 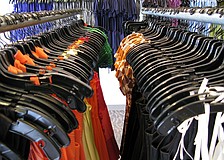 Consequences revealed: Wear the uniforms ... or else! 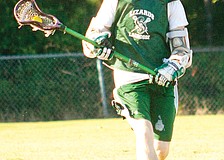 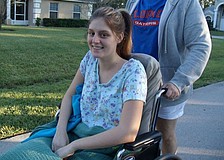 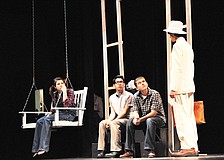