Luke Harrell kicks a through ball. Photo by Brent Woronoff

Luke Harrell kicks a through ball. Photo by Brent Woronoff

Anthony Palermo (2) kicks the ball away. Photo by Brent Woronoff

Anthony Palermo (2) kicks the ball away. Photo by Brent Woronoff

The Bucs lost 5-0 to the Sandcrabs in a Five Star Conference semifinal on Jan. 10. The game ended after one of Mainland's seven players, who had just returned from concussion protocol, took a knee.

Seabreeze and Mainland could meet again in the District 5-5A championship game on Feb. 2 at the Ormond Beach Sports Complex. This time, the Bucs are healthy.

Mainland (13-2) is the second seed and will face Pine Ridge at 5 p.m. Jan. 31 in a semifinal game at the Ormond Sports Complex. Seabreeze (11-7), the No. 1 seed, will follow in the second semifinal against the Matanzas-University winner.

The Sandcrabs ended the season with a 10-3-3 record and a 10th-place ranking among Class 5A teams. They are seeded first in the District 5-5A tournament and will meet the winner of the Jan. 26 Deltona-Mainland game in a semifinal at 7:20 p.m. Tuesday, Jan. 31, at Deltona High School. The district championship is scheduled for 7:20 p.m., Feb. 2, at Deltona.

Seabreeze led Winter Springs 1-0 at the half on an Anthony Pelermo penalty kick. The 'Crabs put the game away in the second half on goals by Kaden Reamer, James Crowley and Joe Romero.

"We came out (after halftime) with a lot more intensity," said Seabreeze assistant coach Tanner Barnwell. "Guys were coming with a little more tenacity, working to make their mark."

Barnwell said the 'Crabs moved up the backline and more opportunities arose due to the higher pressure.

Cole suffered an injury in the previous game but will be back for district, Barnwell said. Hogan, Vazquez and De Carvalho were playing for DME Academy club team. Head coach Jon Kinsler also left early to coach a DME game. Barnwell, the head JV coach, who graduated from Seabreeze in 2019 and returned to the program this year to coach, filled in.

When Barnwell played at Seabreeze, the Sandcrabs advanced to the state finals three years in a row, winning the championship in his sophomore season. How does this team compare?

"They obviously have heart and passion. They have technical skill. They can go as far as they push themselves," he said. 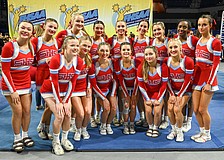 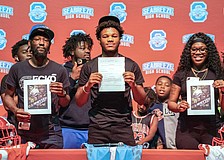 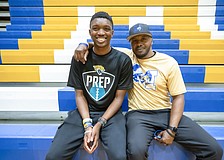 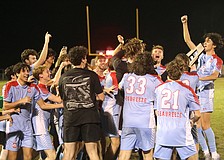 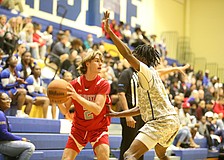 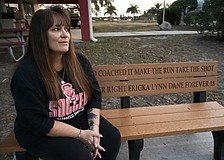 Ericka's bench: A seat with a view