The DeSantis administration on Dec. 28 directed state colleges and universities to provide a list of spending related to diversity, equity and inclusion and critical race theory.

Some Florida universities are spending millions of dollars on programs and other expenses related to diversity, equity and inclusion — as Gov. Ron DeSantis and his administration target “trendy ideology” on campuses.

Chris Spencer, director of DeSantis’ Office of Policy and Budget, in a Dec. 28 memo directed leaders of the state college and university systems to require institutions to “provide a comprehensive list of all staff, programs and campus activities related to diversity, equity and inclusion and critical race theory.”

The University of Florida, the state’s flagship university, reported spending $5.3 million on diversity-related programs and expenses, with nearly $3.4 million coming from the state. The university listed 43 staff positions connected to the efforts.

The News Service of Florida reviewed a list of information submitted by universities, including descriptions of spending and how much of the money comes from the state.

The University of Florida, the state’s flagship university, reported spending $5.3 million on diversity-related programs and expenses, with nearly $3.4 million coming from the state. The university listed 43 staff positions connected to the efforts.

The University of Central Florida, meanwhile, spent nearly $4.5 million on programs and expenses, with about $2.3 million of that amount flowing from the state.

UCF listed eight courses, all of which the school described as “optional,” that involve diversity, equity and inclusion concepts. “Gender issues in communication,” “cultural diversity in criminal justice,” “third wave feminism” and “politics and civil rights” were listed among the classes.

The University of South Florida reported spending that included about $1.2 million for its Diversity and Inclusion Office, with $1.13 million of that amount coming from the state.

Spencer in his Dec. 28 memo said college and university expenses will be reviewed as lawmakers gear up to craft a budget for the fiscal year that will start July 1.

House Speaker Paul Renner said he looks “forward to working with my colleagues in the Legislature to establish proper guardrails that ensure these institutions provide our students with an inclusive, well-rounded education that prepares them for the future without promoting an aggressively ideological agenda under the guise of diversity, equity and inclusion.”

“As the Executive Office of the Governor prepares policy and budget proposals ahead of the 2023 Legislative Session, it is important that we have a full understanding of the operational expenses of state institutions,” Spencer wrote.

In a prepared statement, Renner said he looks “forward to working with my colleagues in the Legislature to establish proper guardrails that ensure these institutions provide our students with an inclusive, well-rounded education that prepares them for the future without promoting an aggressively ideological agenda under the guise of diversity, equity and inclusion.”

DeSantis, who is widely considered a potential 2024 Republican presidential candidate, has drawn widespread attention for his vows to fight “wokeness,” including on college and university campuses. But the administration’s Dec. 28 directive drew criticism from the United Faculty of Florida union.

Andrew Gothard, the union’s president, called the request for information “yet another attack on the freedoms” of students, faculty and staff at higher-education institutions.

“Once again, Governor DeSantis has shown that he would rather outlaw ideas he disagrees with than disprove them. Our belief is that all ideas, regardless of their ideological basis and irrespective of whether we agree with them, deserve the protections of the First Amendment,” Gothard said in a statement to the News Service when the administration’s request was made public Jan. 4.

In the information reviewed by the News Service, Florida A&M University, the state’s only historically Black public university, reported spending $4.4 million for diversity, equity and inclusion programs and efforts, with nearly $4.2 million coming from the state.

The largest expenditure listed by FAMU was for its Center for Environmental Equity and Justice.

“The mission of the Center for Environmental Equity and Justice is to conduct and facilitate research, develop policies, engage in education, training, and community outreach activities with respect to environmental equity and justice issues for the state of Florida,” the school’s description of the center said.

Among other universities, Florida Atlantic University reported spending about $904,000 on diversity, equity and inclusion programs and expenses, with roughly $643,000 coming from the state. The university also listed several classes that include concepts under scrutiny by DeSantis’ office.

“This course explores how gender inequality across the globe is related to environmental damage and climate change and examines feminist, indigenous and LGBTQ climate justice movements alongside the gendered implications of global policy and practices related to the environment,” a description of the course said.

Meanwhile, the state college system, which is made up of 28 schools, is preparing to eliminate funding for programs that could draw fire from the DeSantis administration.

John Avendano, president of Florida State College at Jacksonville, read a statement on behalf of the college system’s Council of Presidents during a Wednesday meeting of the State Board of Education.

The college system “will ensure that all initiatives, instruction and activities do not promote any ideology that suppresses intellectual and academic freedom, freedom of expression, viewpoint diversity and the pursuit of truth in teaching and learning,” Avendano said.

“As such, our institutions will not fund or support any institutional practice, policy or academic requirement that compels belief in critical race theory or related concepts such as intersectionality, or the idea that systems of oppression should be the primary lens through which teaching and learning are analyzed and-or improved upon,” Avendano told the board, which oversees the college system. 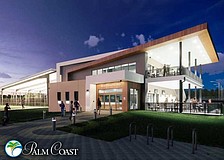 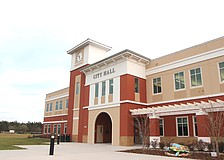 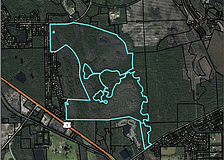 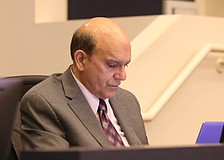 'It is about assurances': County approves agreement for dune easements in Army Corps project 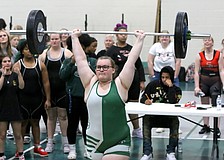 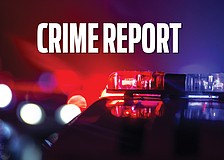 Man arrested in connection with molestation of a minor