Anyone watching Arah “Trane” Williams cut hair can see how much pride he takes in his product.

He brings the same pride to his newest business – ice cream and subs.

“I wanted to do something different than the rest of the ice cream shops,” Williams said. “So the best way to be able to see the people more than just when they get a sweet tooth, is to catch them for lunch.”

Thus Scoops & Subs was born. The shop is in St. Joe Plaza off of Palm Coast Parkway and opened in February 2022. The menu is full of what he calls “monster shakes” and savory Chicago-style subs. Williams is from Chicago and said he wanted to bring his version of those flavors to Palm Coast.

The monster milkshakes Williams created are shakes with cookies and toppings artistically stacked into treats that are almost too pretty to eat. Each shake is named after lost loved ones – the “chocolattidottie,” for example, is after Williams’ late mother.

Brandon Singh, Scoops & Subs' store manager, said working on the monster shakes is one of the best parts of the job.

“They’re definitely a piece of art to work on,” Singh said. “And seeing all the customers smile when you hand it to them and go crazy — it’s fun.”

Singh has had Williams as his barber since high school. Now he uses his culinary experience to help bring Williams’ vision to life. Singh said they want customers to stay instead of feeling rushed out the door.

“These customers, they come in and they’re like, ‘I don’t want to go,’” Singh said.

Williams designed and built Scoops & Subs to be for the whole family. It mimics the classic parlor atmosphere from a bodega, complete with jazz music in the background.

“I hear all the time that, ‘Oh, you’re the best ice cream shop’ from the kids,” Singh said. “It feels good.”

Williams said the biggest surprise since opening was the community response, especially through social media.

“You put your idea out there and start something new, start a new journey, and you hope it works,” he said. “But you never really know until you see it happening.” 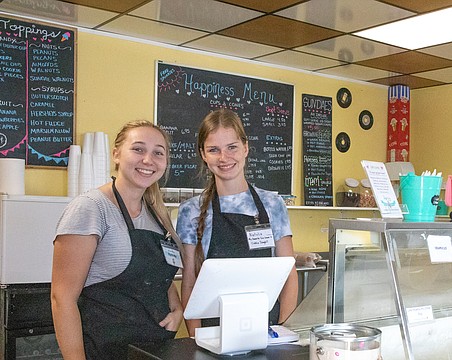 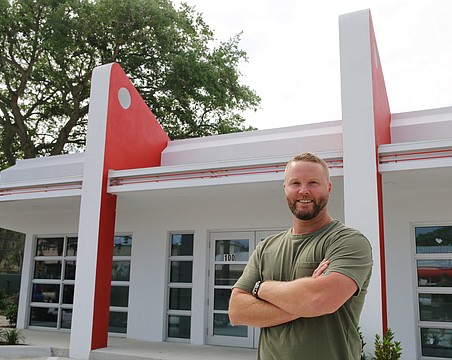 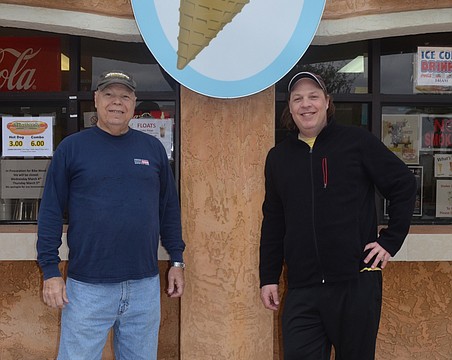 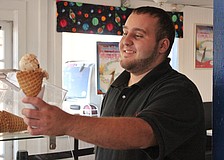 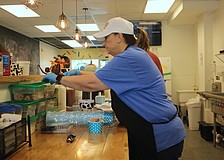 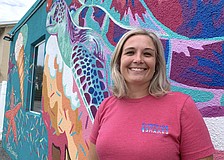 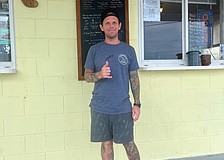 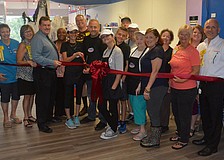