The Bulldogs won their sixth in a row over the Pirates, who installed a new offense due to Dakwon Evans' injury.

Due to weeks of near-daily rainstorms, FPC's Sal Campanella Memorial Stadium was a muddy mess by kickoff on Sept. 16. After a first-half torrential downpour, the field became a quagmire.

The Bulldogs dominated the line of scrimmage in the soggy conditions and ran over the Pirates 41-6 to claim the Potato Bowl trophy for the 12th time in 14 years.

“It was sloppy,” said FPC coach Robert Paxia. “Sloppy on the field and a sloppy field.”

The Bulldogs led 14-0 at the end of the first quarter but took advantage of three Pirates fumbles during a heavy rain in the second quarter and took a 41-0 halftime lead.

“When we played them last year, there was a little bit of mud,” FPC quarterback D.J. Murray said. “But I’ve never played on a field this muddy. It made things a little bit more difficult, but it wasn’t too bad.”

“We just had to run the ball,” said Paxia, whose squad ran for over 200 yards for the third straight game. “We have a big offensive line. We’ve got some guys who have some talent. It turns into bully ball essentially, who’s more physical at the point of attack.”

Marcus Mitchell ran for 128 yards and two touchdowns. He and Murray enjoyed celebratory slides in the puddles.

“I had lots of fun tonight. I love playing this team. All of my homeboys. I actually grew up with the guys who play for Matanzas. I went to school with them, and I played with them in Pop Warner.”

“I had lots of fun tonight,” Mitchell said. “I love playing this team. All of my homeboys. I actually grew up with the guys who play for Matanzas. I went to school with them, and I played with them in Pop Warner.”

Murray, who threw the ball just six times, tossed a 39-yard touchdown pass to Mikhail Zysek to open the scoring and added a 13-yard touchdown run later in the first quarter. Landin Simmons and Rodney Hill each added a touchdown run in the second quarter.

“Their running backs pose a lot of problems, because they rotate those guys,” said Matanzas coach Matt Forrest. “And they’re just hard, physical runners. We were able to gang tackle them when we did well. But one-on-one we’ve got to do better at getting lower and being able to square up on somebody like that.”

With a running clock in the second half, Cole Hash scored on a 6-yard run for Matanzas’ only touchdown, preventing the Bulldogs from notching a third-straight Potato Bowl shutout.

“We’re trying to figure it out. Dakwon (Evans) was a special player. So, there were a lot of sleepless nights. (This offense) is the polar opposite from the air raid I’m accustomed to.”

The Pirates were playing without starting quarterback Dakwon Evans, who suffered a dislocated clavicle early in the Deltona game on Sept. 9. Evans could be out for an extended period. Without the dual-threat junior, the Pirates cobbled together a triple-option offense, which didn’t get rolling until late. Hash and Jackson Lundahl took most of the snaps at quarterback. Matanzas did not throw a pass.

“We’re still toying,” Forrest said. “We’re trying to figure it out. Dakwon was a special player. So, there were a lot of sleepless nights. (This offense) is the polar opposite from the air raid I’m accustomed to. It’s tough to move the ball on those guys, and we turned the ball over and had a couple of busted plays. We put the ball on the ground. That’s never good when you’re playing a good football team.”

Forrest said with Evans out the Pirates will adjust their offense weekly depending on their opponent.

“It's the flavor of the week,” he said. “That's my job as the offensive coordinator, to keep coming up with different things, different ways for us to move football. So, I may not sleep now between here and November, but that's just what we got to do.” 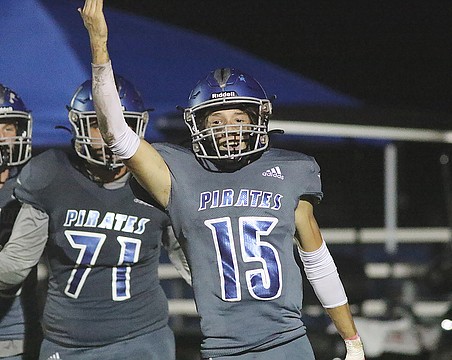 Next man up: Pirates keep battling despite rash of injuries 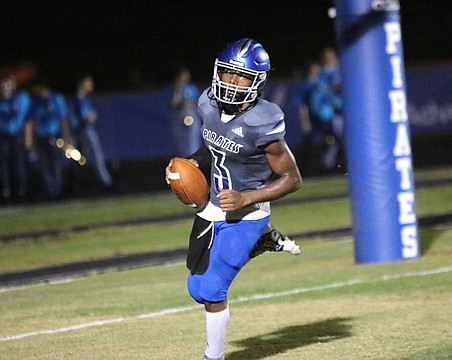 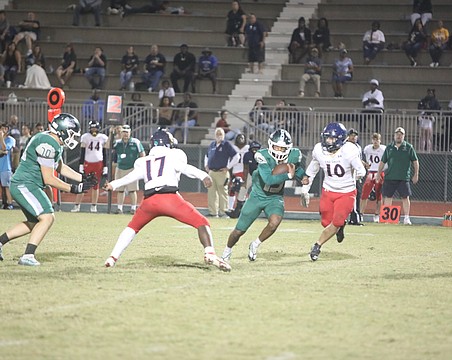 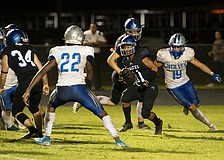 Turning the corner: Pirates persevere in loss to Deltona 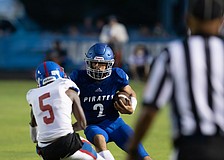 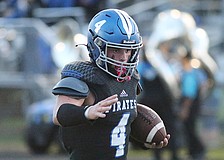 Pirates grind out a win against Atlantic 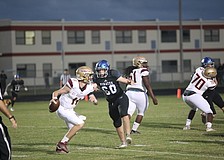 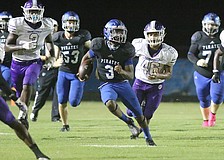