SIDELINES: Trishna Patel to be inducted into Brown University Hall of Fame

Patel has been the Trails Racquet Club's head pro since 2015.

Thirty-one years ago, Trishna Patel left her family in Mumbai, India at the age of 13 to play tennis in the United States.

She had been accepted to Nick Bollettieri's prestigious IMG Tennis Academy in Bradenton. She went on to play tennis and major in economics at Brown University and was the Ivy League's Player of the Year in 1997 when she led the Bears to the Ivy League title and a trip the NCAA championships.

Seabreeze sophomore Mackenzie Roy finished third at the FSU Invitational Pre-State cross country meet on Oct. 7. Roy finished with a time of 20:15.9 to help the Sandcrabs girls to a third-place team finish.

Among the girls, FPC's Cassidy De Young placed fourth with a time of 20:03. Matanzas' Nina Rodriguez and Sierra Howard, placed 11th and 12th, respectively, both finishing in 20:44. FPC's Genesis Epstein was 13th in 20:50, followed by teammate Arianna Slaughter in 14th place with a time of 20:52.

On Oct. 29, the Ormond Beach resident will be inducted into the Brown University Athletics Hall of Fame.

"I found out about it this summer," she said. "A few of my teammates from the '97 team live in the New York and New England area, and they're going to come down. And we got in touch with our coach, Norma Taylor, and she's going to come."

Patel worked in finance for many years in New York City. In 2015, she moved to Ormond Beach and became the head pro at the Trails Racquet Club where she handles all the adult programming. Three and a half year ago, she also started a junior program at the club — the Trailblazers.

"It's a great group of kids and their families," she said. "We started with seven or eight kids. Now we have close to our goal of 50. We have kids playing on all levels. It's not elite, it's more recreational, introducing people to tennis."

"Bob has been an invaluable source of information," said Patel, who already had been some of the Sandcrabs' players on an individual basis.

Matanzas finished second behind Spruce Creek at the Volusia-Flagler golf tournament on Oct. 10 at Crane Lakes in Port Orange.

Senior Ashtin Arlaud led the Pirates with a 72, followed by Alek Libby with a 75, Jacob Roster with an 80 and London Parker with an 89.

Hanna Schagen led Matanzas with 10 kills, while Rylan Miller had 18 digs, and Sydney Moses had 32 assists.

Patel said when she was still living in India she was having good results playing international tournaments in the 12 and 14 age groups when Bollettieri's academy offered her a scholarship. At the time, tennis stars Andre Agassi, Jimmy Arias, Monica Seles, David Wheaton, Mary Joe Fernandez and Mary Pierce were at the peak of their careers and training at the academy.

"I was homesick initially," she said. "But I was fairly focused, and I knew I wanted this. It was a very controlled setting, a very unique high school experience during that time."

At Brown, Patel set school records in 1997 for single-season combined wins (61) and singles wins (36), while ranking second in school history in single-season doubles wins. Playing No. 1 singles and doubles, she led the Bears to a 19-3 record, 7-0 in the Ivy League that year.

Best of the week

Three of Patel's former teammates plan to attend her Hall of Fame induction: Michelle Keys, the captain of the 1997 team; Elisa Banner, Patel's doubles partner; and Leela Raju, the No. 4 singles player and No. 2 doubles player on the '97 team.

In New York, Patel had a successful career in investment banking and risk management working for Salomon Brothers, and Citigroup when the companies merged. Now she is back in tennis, devoting her time to coaching others.

"This opportunity to have a second career almost came at a really wonderful time," said Patel, who is the mother of two young boys. "I'm going to see where it takes me, and where I can take it." 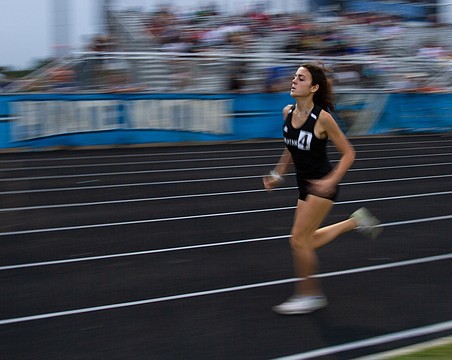 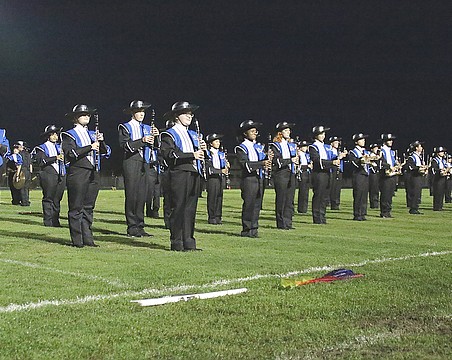 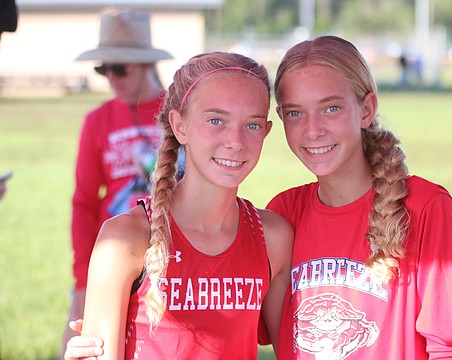 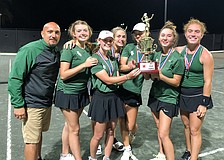 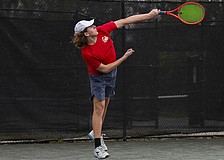 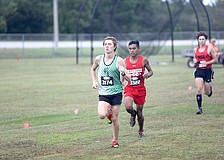 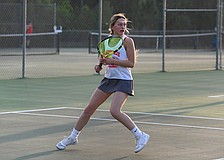 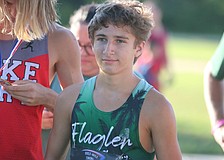