The Buccaneers extended their winning streak to three games on homecoming night.

The Mainland Buccaneers wore their homecoming game faces as they played against the University Titans on Friday, Oct. 7, delivering a 37-0 shutout to their fans.

The Bucs extended their winning streak to three games. They will play Deltona on Friday, Oct. 14 in their first district game.

“Great homecoming event,” head coach Travis Roland said. “We’re trying to restore the tradition of our fans being here all the time. Last year, we didn’t play like Mainland. Our Mainland fans have a very high standard of what they want to see so we are just thankful we can come out here and give them a good product. We knew what we were going to be capable of this year.”

The Bucs won the toss and chose to receive. On the first play, wide receiver Ajai Harrell grabbed a pass from quarterback Demarcus Creecy and ran for an 80-yard touchdown. Harrell also scored the fourth touchdown of the game in the second quarter which brought the score to 30-0 before halftime.

“I’m just going to keep being a good example—showing what our school is,” he said. “Mainland is Mainland. That’s it. We’re the standard. The rest of the season, just lookout. We are trying to go undefeated for the rest of the season. No more losses.”

The combined strength of the offense's speed and the defense’s ability to shut down plays prohibited their opponents from reaching the end zone. Period.

“The kids have worked hard,” Roland said. “They stay the course and show their resilience. Teenagers and babies are the most resilient people around. Give them positive influences and positive words and they respond.”

Creecy continued to be the master of screen passes and quarterback keepers throughout the game. He threw a 51-yard touchdown pass to James Randle in the first quarter, a quick toss to Clarence McCloud for a 4-yard touchdown and a screen pass to L.J. McCray, who ran for a 26-yard touchdown.

In the final quarter, Roland used Mainland's score advantage to give a few younger players some reps with the varsity team. Six-foot-3, 220-pound freshman Freddie Wilson was all smiles on the field as he brought down a few offensive linemen.

“These guys are smiling and having fun at their homecoming,” Roland said. “We are just glad to be here.” 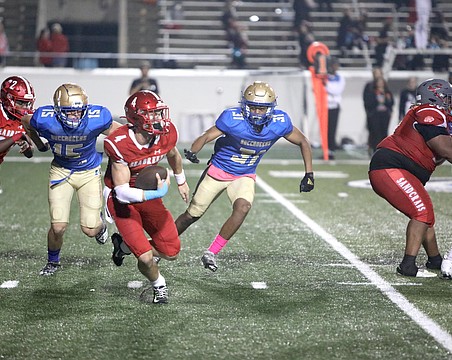 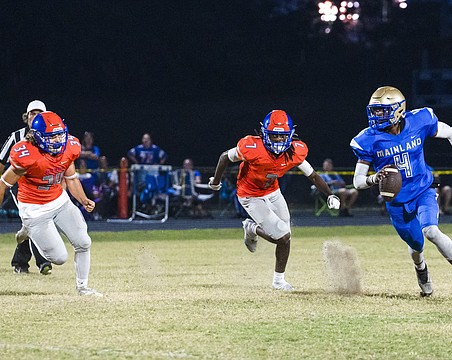 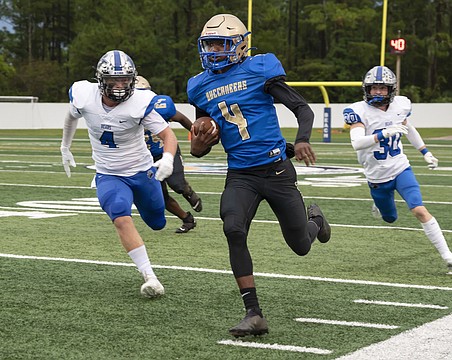 Stuck in the red zone: Bartram Trail turns away Mainland, 17-3 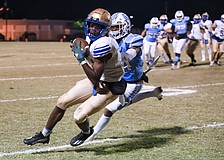 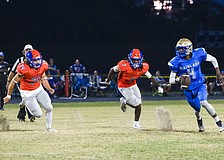 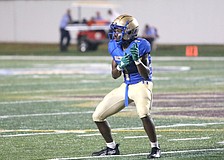 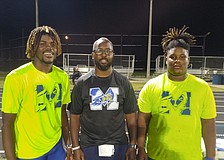 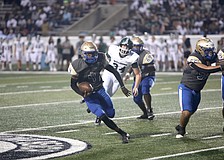