Fifty half marathons in 50 states

Emma Craik is nearing the end of her American adventure.

Emma Craik’s plan to run a half marathon in each of the 50 states did not have a glorious beginning.

Her first race in South Carolina in 2012 was a near-disaster. She ran with an injured leg and wound up tearing a hamstring and injuring discs in her back. She finished the 13.1 miles walking and jogging.

“I told her not do it,” said her friend and fellow physical therapist, Hella Reintjes, who, along with Craik, laughs about it now.

That ill-fated start shelved Craik’s pursuit for four years. The Ormond Beach resident returned to her quest in 2016. Six years later, she has run in 49 states, bringing along friends and filling up her travelogue with every sight she could fit in along the way.

She was supposed to run her final half marathon in Maine on Oct. 1. But like her first race, and most of the others in between, there’s a story. This one involved Hurricane Ian. Craik, and the entourage accompanying her for the occasion, never made it to Orlando International Airport for their Sept. 29 flight. The airport was closed anyway.

Instead, she worked at the hospital and a tree hit her house. But damage was minimal. Maine will have to be rescheduled. Her 10-year adventure has never gone smoothly, anyway. But she seems to have loved every minute of it.

Craik, 48, immigrated to the United States from Scotland in 1996. Her goal was to see the entire country, but life happened. She traveled for work but didn’t have time to sightsee and then she had children.

While watching her two daughters play soccer, a thought occurred to her. Rather than simply supporting her kids, she wanted to be an active role model.

“I wanted to do something my kids were going to be proud of. And they are. Every time I've thought about stopping, they're like, 'No, you can't stop. This is brilliant. You gotta keep going.’”

“I wanted to do something my kids were going to be proud of,” she said. “And they are. Every time I've thought about stopping, they're like, 'No, you can't stop. This is brilliant. You gotta keep going.’”

Her daughters, now 22 and 20  built her a wall hanger to hold her medals. Painted across the frame is the phrase, “I just felt like running — Forrest Gump.”

Craik has always lived an active lifestyle. She played field hockey and rugby in Scotland. She plays tennis, and she’s run several 5Ks (3.1 miles). She wanted her exploit to be more ambitious than a series of 5K races, so she decided to run half marathons. Now she jokingly says she should have looked into the 5Ks.

Her daughters, Kira and Eryn, joined her in Hawaii four or five years ago to run with her. They’ll never do it again, she joked.

“My older daughter was fine. My younger daughter, Eryn, complained the whole way. She’s not a runner, but she did actually finish first in her age group. And she was very happy at the end,” Craik said.

Hawaii was one of the states that surprised her.

“I never thought I would like Hawaii, because I live in Florida, and you’ve got the beach right here, but it is entirely different having the mountains and the rock crawls,” she said. “At the end, they had this little church and a guy was playing Elvis tunes on his ukulele from Blue Hawaii. It was just magical.”

Craik is not a fast runner, she says. Her best time of 1 hour, 59 minutes, was in her second race in Tennessee — four years after the South Carolina race.

The number of trips she makes a year varies. Some years when her daughters were younger, she traveled to just five states. Soccer matches, homecoming and proms took priority. Last year, with both kids in college, she ran 10 half marathons.

Sometimes she groups them. She ran West Virginia, Virginia and Ohio in the space of a week with active excursions in between.

“We get there and it’s a blizzard. We drive up a mountain past car crashes and we did our hiking. Everybody’s in snowshoes. And we’re climbing and climbing.”

Her friends say they never know what to expect when they accompany her. Craik told Reintjes that temperatures in Colorado would be in the 40s and 50s.

“We get there and it’s a blizzard,” Reintjes said. “We drive up a mountain past car crashes and we did our hiking. Everybody’s in snowshoes. And we’re climbing and climbing. Emma says, ‘you’ve got to see this lake.’ When we finally got there it was frozen, white. I couldn’t feel my toes. But that’s OK, we had fun.”

In Idaho it was pouring when Craik and her friend Anna Van Herck walked to a hot spring.

“The water was like raging on the river right next to it. It was just amazing,” Van Herck said.

“If you had gone over into the river, you'd be gone,” Craik said, laughing at the memory.

In Alaska, Craik and her friends took a flightseeing tour over Denali. Craik always runs a tight schedule. But one of her friends broke an arm on the second to last day, so they had to make a “quick stop” at the hospital. During the race, Craig saw moose.

“They’re like 14 feet tall, and you’re not supposed to run from a moose,” she said. “So you're thinking, ‘Do I keep on running or do I stop running because the moose has seen me now?’”

“They’re like 14 feet tall, and you’re not supposed to run from a moose. So you're thinking, ‘Do I keep on running or do I stop running because the moose has seen me now?’”

The best food on her journeys? The lobster rolls and bisque at a little restaurant Gloucester, Massachusetts.

The friendliest people were in Andalusia, Alabama. “I had a lovely time there,” she said.

Her most difficult half marathon? Albuquerque, New Mexico where she suffered from altitude sickness.

Craik has learned how diverse her adopted country is, both geographically and demographically.

“In Oregon we went to the state fair and people were walking around with just body paint on,” she said. “In Louisiana and the southern states, they are much more reserved, but everyone I’ve encountered has been really friendly, and the runners that I’ve met are amazing."

After Maine, she said she plans to chronicle her adventures and make trips back to Scotland to visit her parents. She said she'll continue to run 5Ks. But no more half marathons. 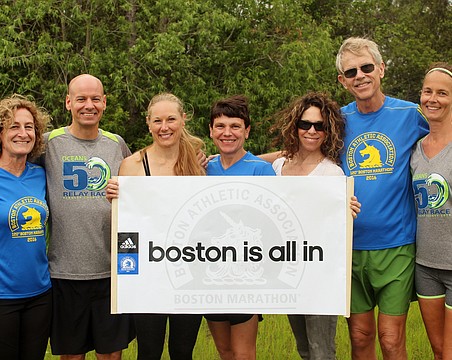 Flagler County runs with the world at the Boston Marathon 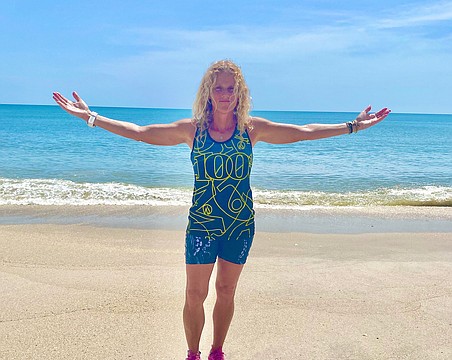 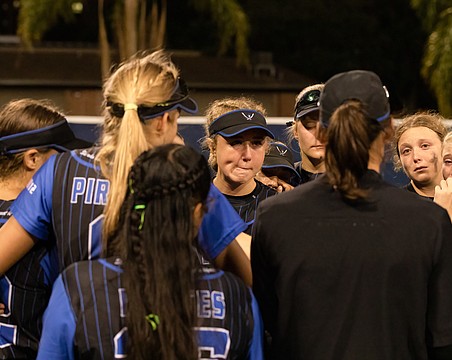 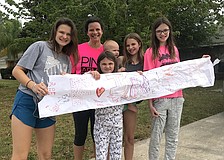 COVID-19 canceled her first half-marathon, so this Palm Coast woman ran it on her own 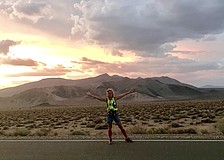 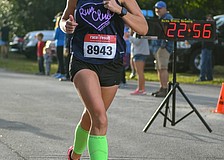 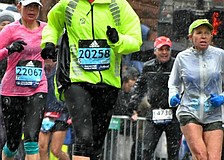 A heart for running: A Port Orange resident conquers the Boston Marathon 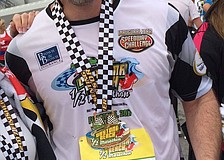