Buccaneer wrestler Rob Snodgrass checks in with the ref during his match at the Mainland High School tournament held Jan. 17. Photo by Michele Meyers

Buccaneer wrestler Rob Snodgrass checks in with the ref during his match at the Mainland High School tournament held Jan. 17. Photo by Michele Meyers

Buccaneer wrestler Isaiah White faces his opponent before the take down at the Mainland High School tournament held Jan. 17. Photo by Michele Meyers

Buccaneer wrestler Isaiah White faces his opponent before the take down at the Mainland High School tournament held Jan. 17. Photo by Michele Meyers

Back flips are standard at Mainland&#39;s wrestling practice as Kaden Golder demonstrates. Photo by Michele Meyers

Back flips are standard at Mainland&#39;s wrestling practice as Kaden Golder demonstrates. Photo by Michele Meyers

Mainland&#39;s head wrestling coach Matt Lawrence lets everyone know what&#39;s next on the agenda during practice. Photo by MicheleMeyers

Mainland&#39;s head wrestling coach Matt Lawrence lets everyone know what&#39;s next on the agenda during practice. Photo by MicheleMeyers

Five years ago, Mainland High School’s economics teacher, Matt Lawrence, launched an Amateur Athletic Union wrestling team at the school in a bid to reinstitute the wrestling program. School administrators had attempted to keep the sport alive prior to hiring Lawrence but without an experienced wrestling coach, it dwindled then eventually disappeared during the nineties.

Today, 41 wrestlers are on the Buccaneer roster: 13 varsity boys, 6 varsity girls and 22 junior varsity athletes. The girls team is one of the largest in the state of Florida with a total of 12.

Lawrence has successfully breathed life back into the program with a vision that had been instilled in him as a child. He was born and raised in Nebraska where the Cornhuskers are a NCAA Division 1, top ten powerhouse and where dual college wrestling matches bring hardcore fans in droves to pack stadiums.

After sustaining a shoulder injury in high school which halted his D2 wrestling plans, Lawrence got a degree in economics at the University of Pennsylvania. He joined the Teach for America program which led him to Arkansas where he taught in the Mississippi Delta area and met his wife, Mainland’s U.S. History teacher and head softball coach Kelsey Moskovits. They decided to begin teaching in Volusia County where Moscovits had been raised.

His passion for wrestling motivated him to dust off the mats and get the wrestling program started at Mainland again. The first year, he had 10 kids but was not sanctioned by the Florida High School Athletic Association so they began to play local tournaments as an AAU team. The second year, he had a regional qualifier in the 195 pound weight division who went on to become the first state qualifier for the team in Lawrence’s third year as head coach.

Currently, there are multiple wrestlers on the team who have a chance to become state and regional qualifiers. Team captain Kaden Golder, went 7-0 at his last tournament in the 126 division and beat a state placer. He is one of the top talents in the state with a record fo 23-5 for the year. The girls’ team is ranked 18th in the state with sophomore Cheyenne Wigley ranked fourth and Jah’Mya Hill ranked eighth. Top contender in the 100 pound division, Abby Couillard, was ranked ninth but due to difficulties scheduling matches, has since dropped off.

Exposing kids to the sport is key for its success at Mainland. Lawrence includes a halftime show during wrestling matches and tournaments, offering typical sporting event entertainment with performances by the Buccaneer’s cheerleading squad or dance team.

Mainland football player, Kalyb Evans, had been interested in wrestling for a while but the ultimate push to join the team was after he went to a match during lunch in late November of last year.

“Honestly, I just wanted to add another sport to my athleticism,” he said. “I wanted to show that I can be an athlete, learn something new and take it far. I love wrestling. I wish I had started earlier.”

In his first season wrestling, Evans has an 11-2 record in the 170 division and aspires to take his success through districts.

Lawrence not only attributes his team’s success to passion for the sport but a community of skilled and knowledgeable coaches that assist him on a daily basis. Former DeLand High School wrestler Helena Carey coaches the girls while assistant coach Hope Jallah has been with the program for four years and is responsible for the strength and conditioning of the athletes. Embry Riddle Aeronautical University junior, Karoljozef Piedad, whose commanding officer is Golder’s father, has been coaching the team for three years.

“I love the sport and I love that I can bring it to 50 kids and counting,” Lawrence said. “Wrestling is unique. We are very close as a team but it’s an individual sport. When you’re out there wrestling someone, that’s you. I think what really translates to life is that you can’t make excuses. You can’t blame the quarterback. You can’t blame the point guard. You lost? That means you have to put the extra work in.” 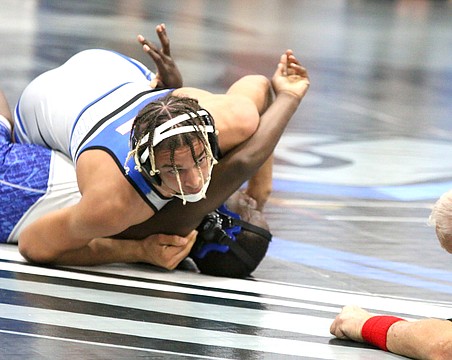 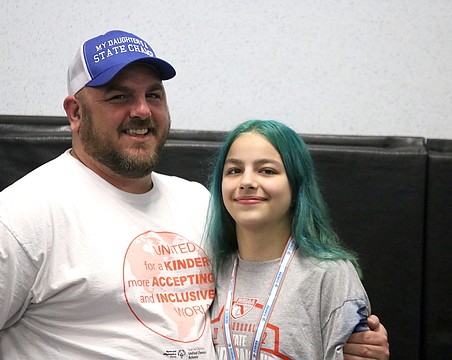 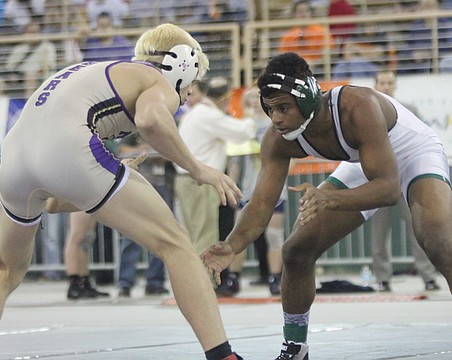 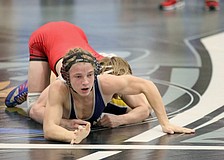 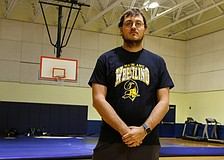 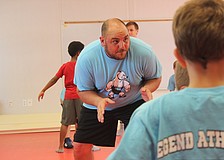 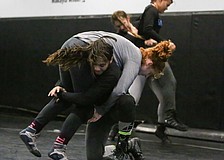 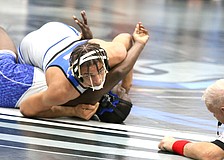