Emma Diaz had 18 saves for the Pirates. Photo by Jake Montgomery

Emma Diaz had 18 saves for the Pirates. Photo by Jake Montgomery

Jada Williams, Makayla Catalan and Ava O’Malley scored goals for Flagler Palm Coast as the Bulldogs shut out Matanzas for the second time this season, 3-0 on Jan. 4 at the Pirates’ stadium.

The result was much more palatable for the Pirates than FPC’s 8-0 win on Dec. 8, Matanzas coach Scott Crooke said.

“Our girls played a great game,” said Crooke, who was especially pleased with Emma Diaz in the net. The senior goalkeeper had 18 saves as Bulldogs kept the pressure on the Pirates’ defense.

Williams and Catalan gave FPC (9-6-1) a 2-0 halftime lead, which was where the score remained until O’Malley squeezed in a goal off a corner kick with 2:35 left.

The Bulldogs host Spruce Creek at 6 p.m. on Thursday, Jan. 6, and then travel to Pierson Taylor on Saturday, Jan. 8, for a first-round Five Star Conference Tournament game.

“We’ve got a lot of ranked teams now on our schedule,” Hald said. “We’re ranked 14th in our region, and we need to be in the top eight (to get an at-large playoff berth), so we have the teams ahead of us. We need to beat them.”

Matanzas (5-7) was scheduled to play games on four consecutive nights. They traveled to Crescent City on Jan. 5 and will visit Neptune Beach Fletcher on Jan. 6, before returning home Friday, Jan. 7, for a 7 p.m. game against Father Lopez. 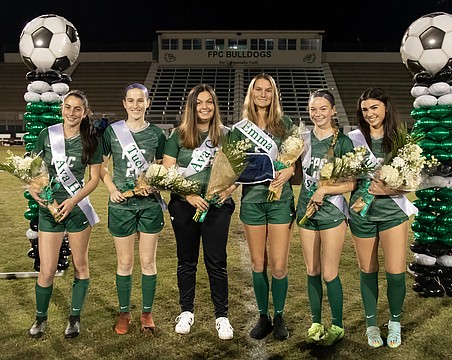 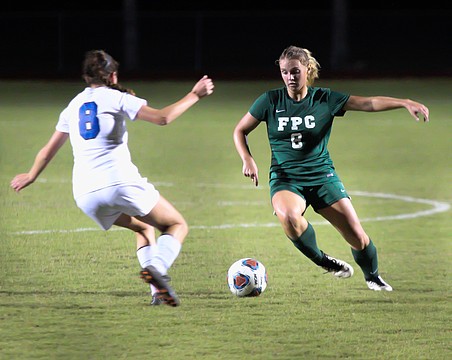 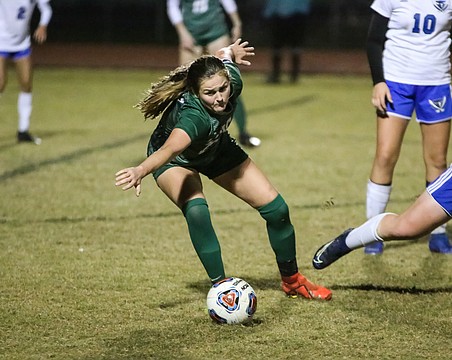 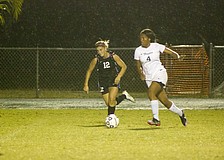 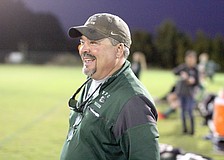 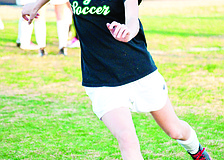 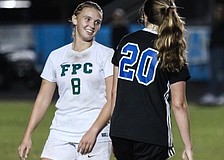 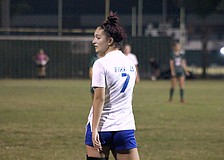