Sunshine spreads to ABC: Mills family to be featured on 'The Parent Test'

The family that spreads sunshine on YouTube will pit their parenting style against 11 other families on the new network TV series.

The Mills family at their home, from left: Mariah, Abe, Jayden, Juliana, Rachel and Jordan. Photo by Brent Woronoff

The Mills family at their home, from left: Mariah, Abe, Jayden, Juliana, Rachel and Jordan. Photo by Brent Woronoff

The set of ABC&#39;s, The Parent Test. Abe and Rachel Mills are in the upper left-hand corner. Photo courtesy of ABC

The set of ABC&#39;s, The Parent Test. Abe and Rachel Mills are in the upper left-hand corner. Photo courtesy of ABC

Abe and Rachel Mills on the set of The Parent Test. Photo courtesy of ABC

Abe and Rachel Mills on the set of The Parent Test. Photo courtesy of ABC

Host Ali Wentworth and parenting expert Dr. Adolph Brown on the set of The Parent Test. Photo courtesy of ABC

Host Ali Wentworth and parenting expert Dr. Adolph Brown on the set of The Parent Test. Photo courtesy of ABC

Abe and Rachel Mills did not approach the producers of ABC's forthcoming show, The Parent Test. The show's creators reached out to them.

The Mills, who live in Ormond Beach, are one of 12 families that are "put under the microscope in the ultimate parenting stress test," according to an ABC news release. The show will have a special premiere on Thursday, Dec. 15, at 10 p.m. It will then air weekly, beginning Jan. 5, on Thursdays at 9 p.m.

For those unfamiliar with the family's "Sunshine Mafia" YouTube channel, spreading sunshine is their theme. The channel has 699,000 subscribers. They started out as a musical group. All six children sing and play multiple instruments. Rachel and Abe, who met at Brigham Young University, both have a musical background.

"It started with us performing at the Beaver Bar (in Ormond Beach seven years ago)," Rachel said. "We had bells at a biker bar. We had a violin. We had a little keyboard and drums and a trumpet. Several of the bikers were crying. And one even said, 'This is the strangest thing I've ever seen up here. But I love it.'"

The children are all involved in sports. They all wrestle. Juliana, 12, and Mariah, 15, quit dance so they can wrestle more. Jordan, 17, plays football, wrestles and runs track at Matanzas High School in Palm Coast.

What: An unscripted series on ABC providing a provactive look on parenting, featuring 12 different families, including the Mills family of Ormond Beach

When: Special premiere, Thursday, Dec. 15, 10 p.m. It will then air weekly on Thursdays at 9 p.m. beginning on Jan. 5. Episodes can be streamed on Hulu the next day.

At football games, Rachel can be spotted sprinting around the field with her video camera. Thanks to their videos of Matanzas sporting events, Pirates fans pop up all over the world.

The children all have stories about being recognized in unexpected places and kids they don't know asking to take pictures with them.

"I was at a Matanzas basketball game," Jordan said, "and when I was leaving, the other team was saying, 'spread sunshine.'"

"It happens everywhere we go," Abe said. "In Hawaii, we were kayaking down the river and there were some kids that were going to jump off the bridge into the river, and they were like, 'Hey, spread sunshine.'"

So when an ABC television crew arrived at their home in May to film the family going through a series of challenges for the show, it was fairly routine. Well, sort of.

"They had a lot of people," Rachel said. "I mean they had somebody for everything. They had somebody who flew all the way here (from Los Angeles) just to take care of Juliana and Jayden when they weren't a part of the filming, just to play games with them or do any schoolwork with them."

Abe and Rachel are labeled as the strict parents. Yet, as their videos show, they couldn't be more supportive or understanding of their children. "I don't think they're strict parents," Mariah said.

The ABC film crew probably would have agreed when they were setting up on the second day, and Jayden was discovered sitting on the roof.

Rachel and Abe said they were probably put into the strict category because of their high morals and values. They belong to the Church of Jesus Christ of Latter-day Saints and place God first. They do everything together as a family. They don't have a television — they will likely stream the show. But they do watch movies. They pull out a movie screen and watch together as a family.

"We value family time," Rachel said. "We believe in God. We believe that if (children) don't believe in a higher power, what are they going to live for? So in that aspect, OK we're strict, but it's more about teaching them why we do it."

"While all of the 12 couples didn't necessarily agree with one another, we all could understand and appreciate the love that those parents have for their kids."

Two of the children are out of the house. Tyson is in Fiji on a two-year mission for the church. Jackson is attending Brigham Young University-Hawaii, putting himself through school by performing on drums at a popular Tahitian Village tourist attraction.

"To see them choosing the same values really makes my heart happy," Rachel said. "Because that tells me it wasn't about strict enforcing rules. It's about them understanding how those rules bless their lives."

In July, Abe and Rachel spent about a week in Los Angles filming the Parent Test's 10 episodes with the other parents. The challenges the families took part in — some of which were High Dive; Yes Day; Fine Dining; Stranger Danger/Home Alone; and Rock Climbing — fostered conversations about how each family operates. Host Ali Wentworth and parenting expert Dr. Adolph Brown moderated the conversations.

"It was focused on parenting styles and trying to find out in the general consensus what might be the best style," Abe said. "It was interesting to see each style. While all of the 12 couples didn't necessarily agree with one another, we all could understand and appreciate the love that those parents have for their kids. And the way they parented was really built around trying to provide the best life for their kids and teaching their kids the best they could. And so, I felt like we all came out with a healthy respect for one another." 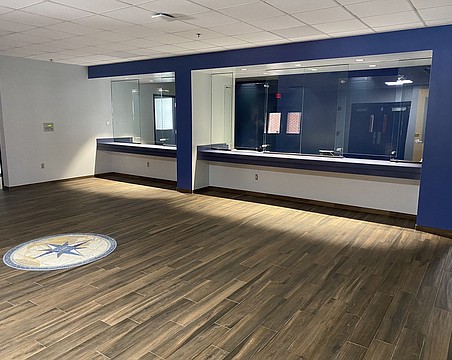 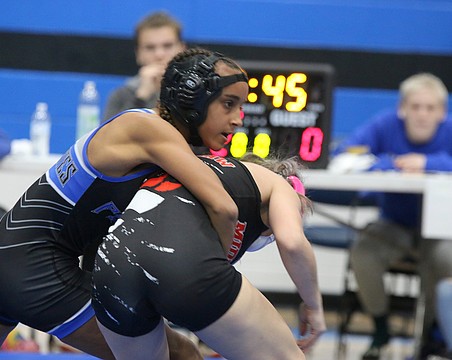 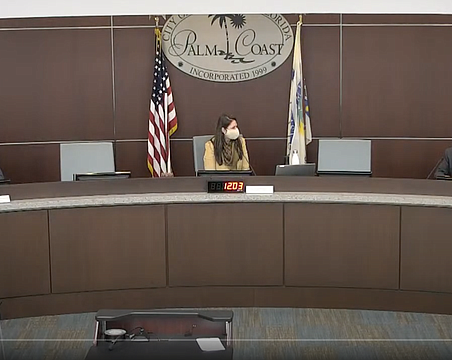 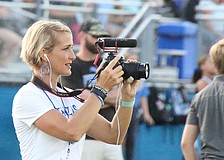 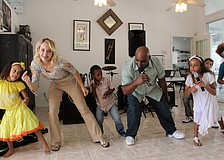 Rising stars: The Mills family is capturing hearts around the country 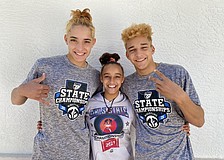 A way of life: Wrestling in the Mills' home keeps everyone sharp 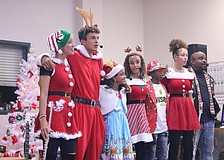 A 'Holly-day': Flagler County kicks off the holidays with annual Festival of Trees 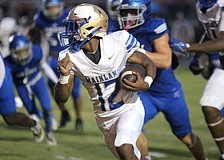