The Sandcrabs' rally came up short against Flagler Palm Coast in the A-1 Officials Association scrimmage on Aug. 13.

Seabreeze's two quarterbacks each had a highlight in the A-1 Officials Association scrimmage on Aug. 13 at Flagler Palm Coast, but not before FPC took an early lead it would not relinquish.

The Sandcrabs rallied but came up short, 32-21, in the two-quarter scrimmage.

Bulldogs quarterback D.J. Murray kept the Sandcrabs’ defense on its toes with an opening pass to Gavin Winkler and a handoff to Marcus Mitchell for a 12-yard touchdown run. Gerod Tolbert ran in a pick-six to give FPC a 12-0 lead going into the second quarter.

Two turnovers by FPC opened the door for a 39-yard pass by Seabreeze quarterback Zeli Hayworth to wide receiver Sam Gonzalez and a 2-yard run by Hayworth for the touchdown. Hayworth later threw a 65-yard touchdown pass to Denali Campbell, which was followed by a touchdown pass by quarterback Hayden Hayes to Marquis McCants.

“It’s still a QB battle. We are going to go on film, look at them, evaluate them and see if anybody separated themselves.”

“We know he (Hayworth) has a strong arm,” Seabreeze coach Pat Brown said. “It’s his feet we talk about. If his feet are set, he can make every throw.”

Brown continued to be mum about his quarterback status. The scrimmage was a prime time to get some footage on both quarterbacks who are battling for the starting spot — junior Hayworth, an FPC transfer, and sophomore Hayes.

“I think they did some very good things,” Brown said. “They made some mistakes which was to be expected. It’s their first real game-time situation as a varsity starting quarterback with the full battle. The good thing is, they understood their mistakes as soon as they happened.”

Both quarterbacks were successful throwing touchdown passes and unsuccessfully threw one interception each. Hayworth added the 2-yard touchdown run. The players will have another audition in the Aug. 18 kickoff classic against Bayside. The Sandcrabs open the season Thursday, Aug. 25 against Spruce Creek.

“It’s still a QB battle,” Brown said. “We are going to go on film, look at them, evaluate them and see if anybody separated themselves.”

Hayworth started then alternated with Hayes. He was excited to play against his former team.

“I felt good playing my old teammates,” Hayworth said. “I was hoping the outcome would be better, but I just have to step it up.”

Hayworth transferred to FPC to attend their aeronautics program which is run in partnership with Embry-Riddle Aeronautical University. He also transferred to play football. He has since finished the program and decided he wanted to go to school closer to home.

“It was nothing personal,” he said. “Pretty much my whole family went to Seabreeze.” 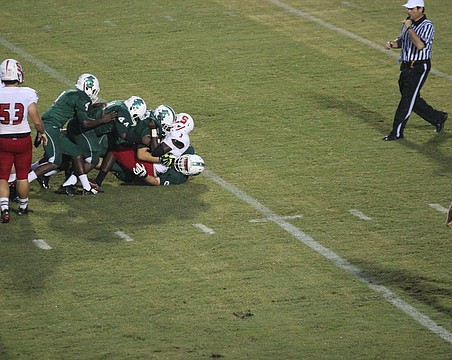 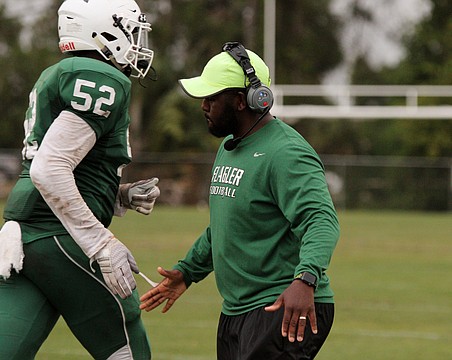 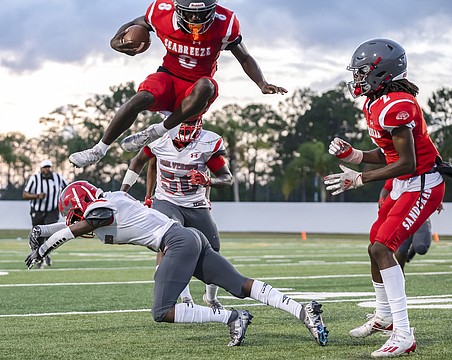 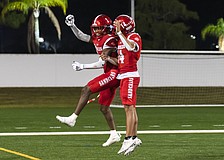 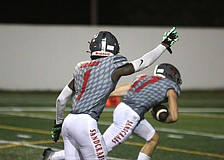 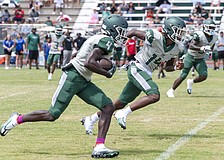 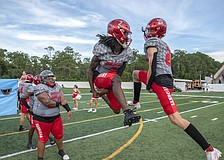 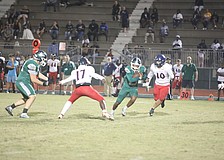