With actors and manikins, the five-lab facility provides realistic training for AdventHealth nurses and university students.

Simulation operating specialists Melissa Colon and Sara Birney work with a manikin in a birthing scenario. Photo by Brent Woronoff

Simulation operating specialists Melissa Colon and Sara Birney work with a manikin in a birthing scenario. Photo by Brent Woronoff

Actors Hood Roberts, who plays a patient with a serious head injury, Mandy Coomer, who plays his wife. Photo by Brent Woronoff

Actors Hood Roberts, who plays a patient with a serious head injury, Mandy Coomer, who plays his wife. Photo by Brent Woronoff

Limbs prepared with silicon molds that can be fitted onto manikins. Photo by Brent Woronoff

Limbs prepared with silicon molds that can be fitted onto manikins. Photo by Brent Woronoff

A distraught wife sits by her husband in a hospital bed, holding his hand, waiting for the nurse to enter the room.

But the wife is actually local actor April Whaley. The husband is a simulation manikin. And the hospital room is a classroom lab at AdventHealth Palm Coast's new regional simulation center.

The simulation center opened in January. The high-tech facility provides realistic training to nurses of all skill levels. It has five labs that mimic patient rooms.

The facility is AdventHealth's largest simulation center in its Central Florida division. It supports six AdventHealth hospitals in Northeast Florida and also provides training for UNF nursing students and has recently made a similar agreement with Jacksonville University.

Wally De Aquino, AdventHealth Palm Coast's chief operating officer, said conversations with UNF to use the simulation center as a training site grew out of conversations about MedNexus in Palm Coast.

"We'll be very busy in the next year or so," De Aquino said, adding, "We have the capacity and the demand is there."

The Daytona State College Flagler/Palm Coast Campus opened its own simulation center in August, 2021 to support its nursing program.

AdventHealth began building its center in September, gutting an area of the hospital that used to be offices, said Lee Wright, the simulation center's manager. The $1 million project was financed locally by AdventHealth Palm Coast, Wright said.

The interactive manikins can simulate a range of health conditions. The scenarios are scripted. Trainers in a command center can make the manikins speak and introduce new challenges. There are cameras in each lab room, so the nurses and students can be evaluated. But there are no grades.

Wright said the nurses have several scenarios they have to complete. They read charts, communicate with patients and family members and learn how to use equipment properly.

"We want our team members to be able to deal with any clinical situation after having experienced different scenarios multiple times in a safe, simulated environment," he said.

Whaley is on the board of directors for the Flagler Playhouse and has been acting her whole life. Now she works at AdventHealth's simulation center two to three times a week, sometimes for a couple of hours, sometimes for a whole day.

"It's very rewarding for me to do this," she said.

Pretending to be a family member, she provides clues to nursing students.

"It's very rewarding for me to do this."

"I can tell them he had heart failure, something not in the charts" she said, referring to the manikin in the hospital bed. "It gives them more experience in talking with family members and patients."

Shannon Kelly, manager of the standardized patient program for all of AdventHealth, said actors are recruited from local theaters as well as Universal and Disney theme parks. She makes sure performances fit the scenarios.

"They are really good," said UNF student Kylee McCurdy. "It was a little intimidating at first, like treating an aggressive patient. You do see that in real life."

McCurdy said one actor played a son of a woman in hospice.

"It prepared me to be more family oriented. I'm not just dealing with her," she said.

UNF student Mia Scarcella said an actor playing a patient's relative was talking to her while she was inserting a urinary catheter, another real-life scenario. She had to learn to concentrate and communicate simultaneously.

The simulations are kept secret. The students and nurses have no idea what they are going to face each day. It could be a code blue situation where nurses have to perform CPR. There are a lot of chronic illnesses, UNF student Dounya Alamad said.

Actor Hood Roberts of Orlando, a retired lawyer, played a patient with a serious head wound that was created with a silicon mold created by Scott Pantke, a simulation operations specialist. Scarcella said one time she pulled the sheets off an actor/patient with peripheral vascular disease to find out he was prepared to look like he had missing toes.

"It looked so real," she said.

You try to be prepared, McCurdy said, but the idea is you never know what the situation is until you enter the room.

"When the learner comes in, initially they have no clue, so they have to go into action," Wright said.

"The (nursing) skills don't change," said clinical educator Angela Beard, who normally works out of AdventHealth's Daytona Beach hospital. "All the skills are evidence based. It's proved that what we do saves patients' lives." 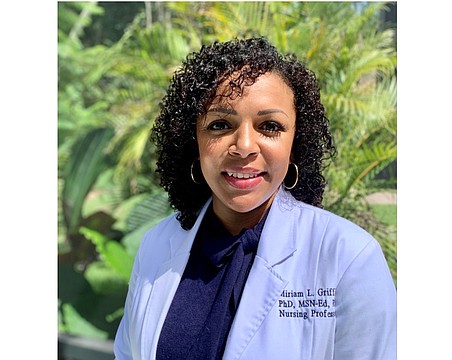 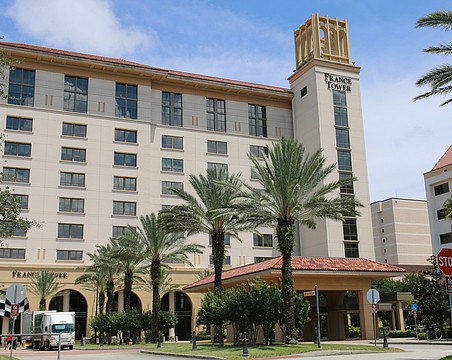 'Help us help you': Halifax Health nurses urge community to get vaccinated 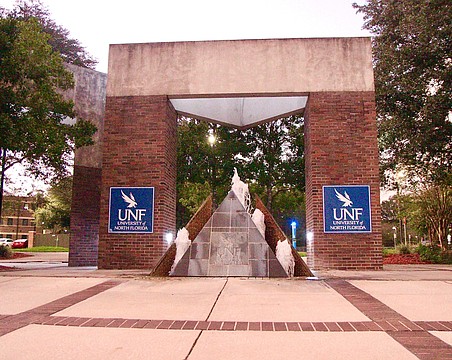 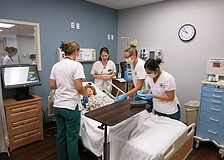 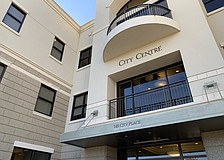 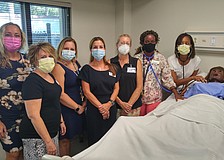 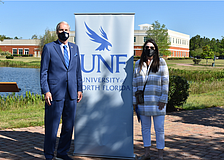 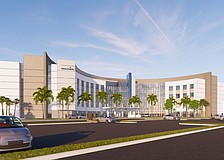