As the 2021 hurricane season approaches, Flagler County strives to secure the final properties needed to repair the dunes that were damaged in previous hurricanes.

Emergency Management Director Jonathan Lord told the County Commission on May 17 that 17-20 named storms are predicted by weather experts this year; the average is 14. Last year, there were a record 30 named storms.

However, Lord said, “None of this matters. I don’t care if it’s the mildest hurricane season ever — we have to be prepared for a storm no matter what.”

Due to shifting weather patterns in recent years, hurricane advisories are now being issued mid-May, even though the season doesn’t officially begin until June 1.

Another shift in emergency preparedness in recent years is the caution to not “over-evacuate.” In other words, if you’re not in a mandatory evacuation zone, and if your home was built within the past 15 years or so, it is better to weather the storm at home rather than drive across the state or the region to dodge the storm. The majority of mandatory evacuation zones in Flagler County are east of I-95.

Also at the May 17 meeting, County Attorney Al Hadeed asked for and was given approval by the County Commission to take necessary legal action — meaning eminent domain — to obtain the final 50-foot strip of property from a holdout who is blocking a miles-long federal dune restoration project. Hadeed also received permission to use eminent twice in past on the project.

The Federal Coastal Storm Risk Management project, between Seventh Street South and 28th Street South, will cost $17.49 million paid for by the Army Corps of Engineers and the Florida Department of Transportation.

Project design and permitting are complete. But Hadeed reported that, in addition to a few others who are likely to sign, there is one who is unlikely: 2732 S. Ocean Shore Blvd., owned by Leonard Surles, who lives in Boca Raton and, according to Hadeed, distrusts the government’s assurances that his ocean views won’t be ruined if he allowed the government work to be done on the dune. The home is currently used as a vacation rental, Hadeed said.

The board gave Hadeed unanimous approval to proceed with legal recourse, which clarified after the meeting meant legally taking the easement on his dune property for the purpose of completing the public safety project. Without a complete, robust dune, the entire coastal community is more susceptible to storm surge. 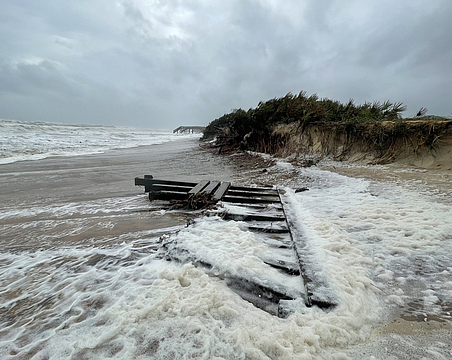 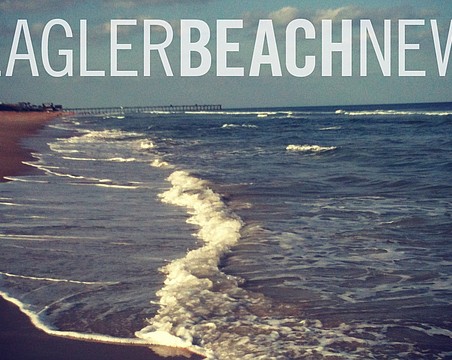 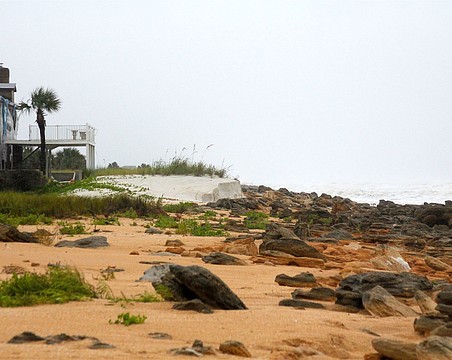 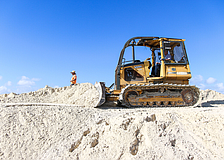 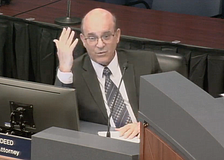 Deadline nears, and Flagler dune restoration project is in jeopardy, due to 17 holdouts 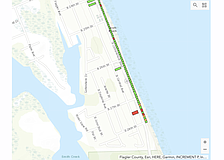 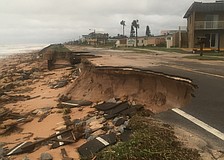 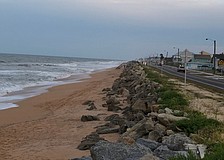 County will proceed with eminent domain on two dune properties