The statue was created by Fred Dana Marsh in 1955.

In honor of the 60th-anniversary of the Chief Tomokie monument, Mayor Bill Partington issued a proclamation March 21.

"Tomoka State Park is one of Ormond Beach's natural historic treasures," he said in a press release. "It's a hidden gem. I've been visiting the park since I was a young child and I'm proud to do anything I can do to help promote, preserve and protect it."

In the proclamation, he gave a brief history of the monument's home. Originally it was the Timucuan village of Nocoroco, and later became the site of the British Plantation, Mount Oswald before it became Tomoka State Park.

He said according to author Marian Tomblin, the legendary Chief Tomokie drank of the water of a sacred spring which enraged other Indians and caused a war between Tomokie’s warriors and those who believed the sacred water should not be touched by man. The water seemed to make Tomokie invincible as his enemies’ arrows seemingly could not harm him, until a lovely Indian princess named Oleeta released an arrow that fatally wounded the chief.

The statue was created by Fred Dana Marsh in 1955, and the reflecting pool added in 1956. Up until recently, there was a museum at the park with more examples of Marsh’s work, but that has been relocated to a museum in South Florida.

In his proclamation, Mayor Partington recognized the statue's current condition:

"The statue has taken almost as much of a beating as the poor Indians in the legend, as the bows and arrows once held by the Indian warriors are gone as is Tomokie’s spear. The figure of Oleeta, directly beneath Tomokie, is badly damaged and unrecognizable, but still the sculpture has an unmistakable presence." 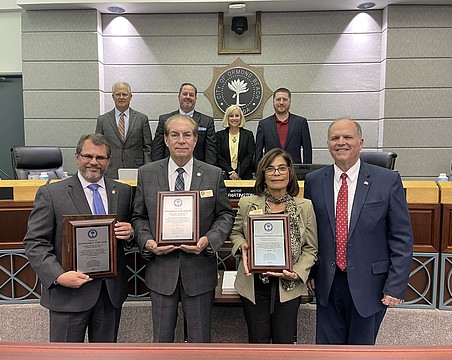 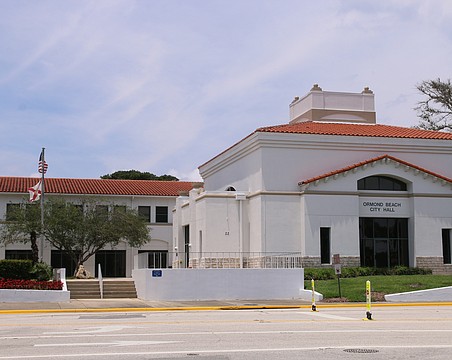 Ormond Beach mayor issues proclamation for the necessity of masks 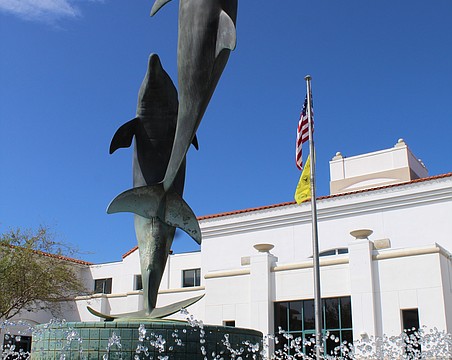 The City of Ormond Beach is doing "good" 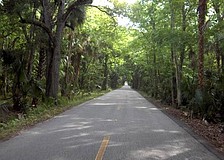 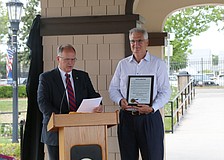 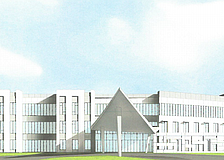 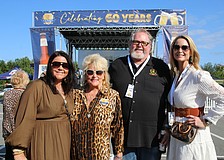 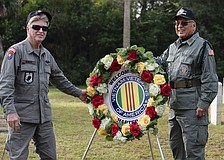