Young Bulldogs to lead the way in wing-T offense

Coach Caesar Campana enters his second season with the Flagler Palm Coast Bulldogs football team, and he said his young team will be ready for the challenge of a new district.

Offensively, the Flagler Palm Coast Bulldogs football team will return two starters when the season starts in August. On the defensive side, seven players will be coming back. Nine returning starters may not be a whole lot, but coach Caesar Campana is excited about the youth — and the competition — in the FPC football program.

Critcher under center
The Bulldogs went 4-7 last year and 1-1 in the district and lost in the first round of the state playoffs, but despite a sub-.500 record in Campana’s first season as head coach, the Bulldogs will have a youth movement in August.

Leading that youth movement is Bentlee Critcher, who will be the Bulldogs’ starting quarterback next season. Critcher will be a junior, and he started the majority of his sophomore season after starting QB Cory Soard endured a shoulder injury. Campana said Critcher is slowly developing into a leader for the Bulldogs.

“He got the so-called baptism by fire last year,” Campana said. “Now, hopefully he’s going to be a little bit more experienced in his role, and we will ask him to do a few more things right off the bat.”

Last season, Critcher threw for more than 1,000 yards, and Campana hopes to be able to run more no-huddle offense when the season begins.

Offensive playbook: Wing-T
The Bulldogs will switch their offensive scheme from the I-formation to the wing-T. The biggest difference between the two, Campana said, is the way the plays are designed.

For example, the Bulldogs’ top running back last season was Derron Green, more of a power runner who could bulldoze his way between the tackles. Green was a senior, and Campana said his top two running backs now are brothers De’Andre Lumpkins and Devonte Emanuel. Lumpkins and Emanuel are speedsters, Campana said, so the running plays will be more off-tackle and be designed to use the speed of his running backs rather than power through the defensive line. Lumpkins and Emanuel will be sophomores when the season begins.

Another running back will be Turrel Matthews, who will also play defensive back and be a specialist on kickoffs and punts. Matthews runs on the 4x100-meter relay team for FPC, which qualified for the state meet this season.

Campana said his entire offensive line will be new in the fall, though.

“We’re looking for a lot out of great athletes,” Campana said.

Most of the focus this spring has been getting the players to buy into what the FPC program is all about, Campana said.

According to Campana, more than 80 players showed up to spring practices, but the coaching staff has dwindled the team down to 54 players.

Bulldogs face new district
The Bulldogs will be competing in a new district when the season begins. Redistricting done by the Florida High School Athletic Association pits the Bulldogs in a district with Spruce Creek, DeLand, Mandarin, Fletcher and Sandalwood.

“I think it opens it up a lot more,” Campana said about having a six-team district compared to a three-team district.

“Next year, we’re going to be very young — one of the youngest teams I’ve coached — but we’re a talented, young team, and with the right breaks, we can make a statement in the district.”

PLAYERS TO WATCH
Offense
Bentlee Critcher (quarterback): Will begin the season as the starting QB as a junior. Got ample playing time in the wake of an injury to Cory Soard last season.

Defense
Nick Maiori (linebacker): Will anchor of the Bulldogs’ defense as starting linebacker. Competes on the weightlifting team and brings leadership and strength to the defense. 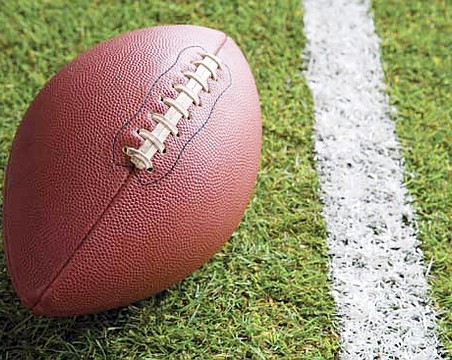 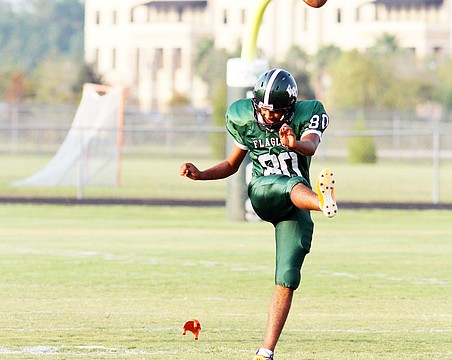 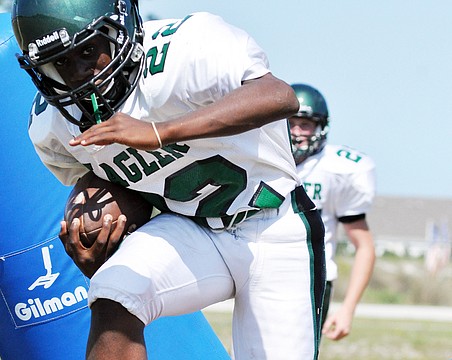 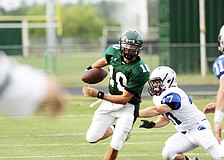 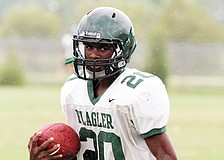 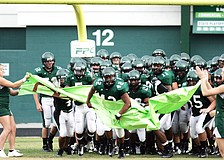