Walk in, save money

A proposed contract with MediQuick would reduce city costs and employee benefits.

The city of Palm Coast will likely enter a three-year contract with MediQuick, a walk-in clinic located near Florida Hospital Flagler, and also reduce contributions to many employee health plans by $1,000 annually.

The city currently contributes to 337 employees’ health benefits. Of that number, 217 are on the employee-only plan (no family benefits), which means they receive $2,500 per year toward health care, for a total of about $542,000 annually paid by the city.

“It’s above and beyond what most employers do,” Landon said Tuesday, Nov. 9, at the City Council workshop.

The new proposal will eliminate that contribution, but instead, will pay a $92,400 annual fee to MediQuick, giving employees free primary care during two four-hour blocks per week.

Employees may continue to see their own doctors if they wish, but the copays will increase to $35.
To all employees who will enter a high deductible plan instead of the copay plan, the city will contribute $1,500 to start a health-savings account.

The proposed arrangement with MediQuick is low-risk, Landon said. Either side could back out after 30 days’ notice. Also, the city has no upfront capital costs because MediQuick is already fully equipped and the city won’t have to purchase any equipment.

Care offered at MediQuick includes routine checkups, lab tests and certain minor procedures. If employees use the clinic to capacity, which would be a total of about 32 visits per week, the cost per visit would come to $55 to the city. Conversely, if employees continue to use their own private plans and see their own doctors, routine visits could cost the city several times that amount, and the employees will also have to pay a copay.

Mayor Jon Netts also noted that the county administration started its own health clinic recently — a slightly different approach from what the city is considering. He suggested that the two governments compare results after a year or more and perhaps cooperate for more savings.

Letters to the Editor 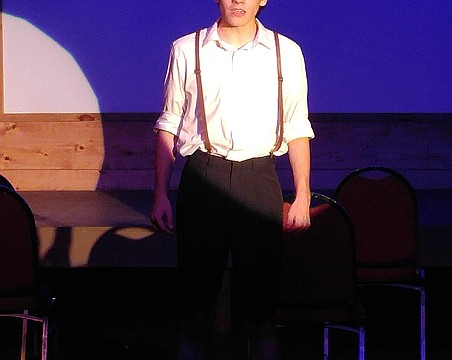 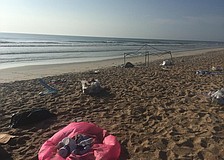 Take only memories, leave nothing but footprints 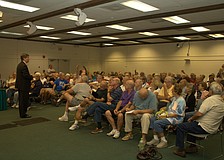